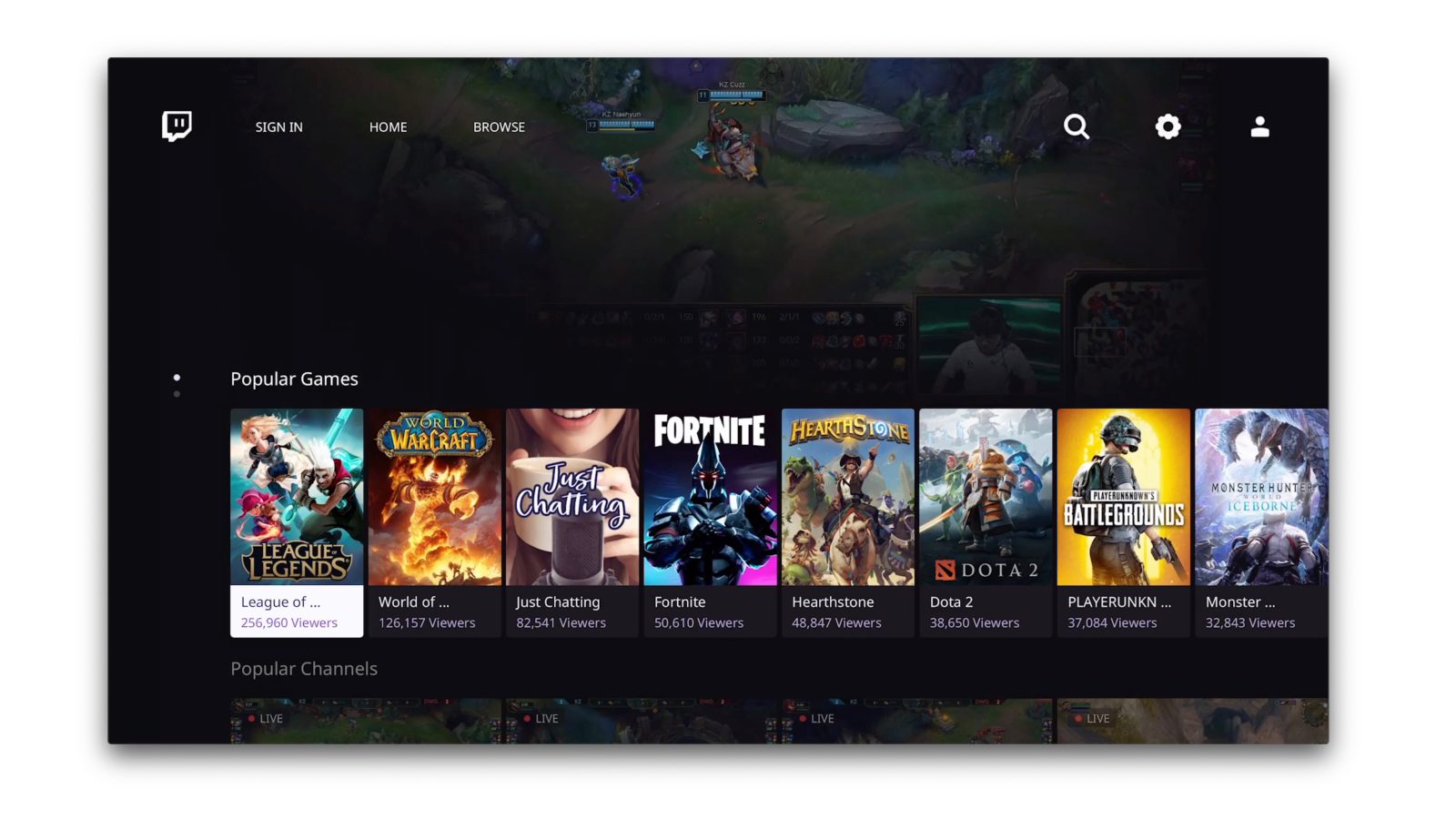 Popular live game streaming service Twitch has launched a public beta of its upcoming Apple TV app through TestFlight. This marks the first time Twitch itself has launched an Apple TV application, though some third-party solutions have long existed.

Through the new Twitch app on Apple TV, users get many of the features they’ve come to expect from Twitch. This includes live streaming, chat support, and more.

The main homepage of the Twitch app allows you to scroll through popular games and popular channels. You can also navigate to the Browse tab to get a closer look at popular games, as well as how many viewers each title has. Once you pick a game, you can see live channels, popular recorded videos, and popular clips.

Here’s the full description fo the app from Twitch:

In order to install the Twitch for tvOS beta on your device, make sure you Apple’s TestFlight app installed on both your iPhone and Apple TV and use this link to find the Twitch app.

It’s unclear when Twitch plans to make its new Apple TV available via the App Store, but for now, you can try it out via the public beta.