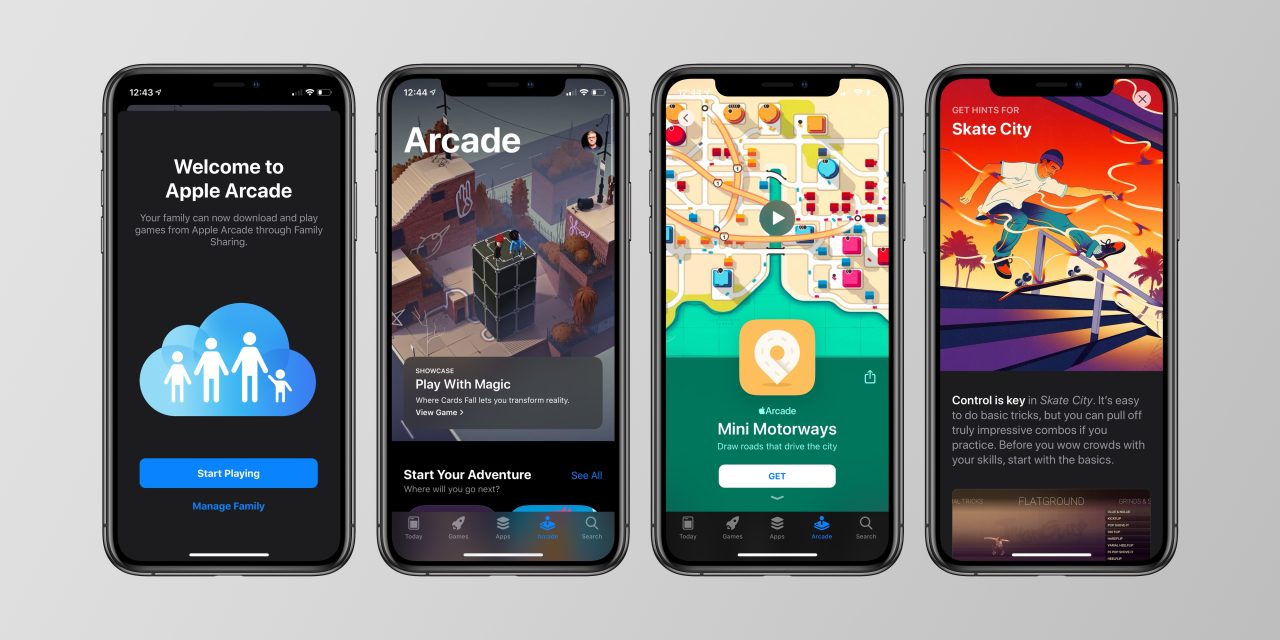 Early reviews of Apple Arcade started surfacing this morning, and now some iOS 13 users have been granted early access to the service. Apple Arcade is officially set to launch on Thursday, September 19th.

If you’re running the iOS 13 or iOS 13.1 beta, you can head to the App Store and tap the “Arcade” tab along the bottom. If you’ve been chosen to access Apple Arcade early, you should see a “Try it free” button. It’s unclear if today’s availability is limited to only beta testers.

Once you tap “Try it free,” you’ll go through the sign-up process for Apple Arcade, which includes a 1-month free trial. Apple also emphasizes that the subscription is accessible to others via Family Sharing.

After you’ve completed the signup process, you can start browsing through Apple Arcade games. Games are divided into various categories, while Apple has also prepared editorial content for certain titles – much like it does in the App Store.

Here’s a cool look at all of the games from 9to5Mac reader Andy:

Apple Arcade isn’t yet accessible to everyone, whether you’re running an iOS beta or not. Apple seems to have chosen a select portion of beta users to try the service out ahead of Thursday’s release.

Early reviews of Apple Arcade have been positive, with users praising the collection of games as well as the value of $5 per month. Apple Arcade will be accessible on iPhone, iPad, Mac, and Apple TV – and will support using an Xbox or Playstation controller.

Apple Arcade will launch to everyone this Thursday, September 19th. The service was first announced back in March, with Apple confirming availability and pricing last week. Do you plan on signing up for Apple Arcade? Let us know down in the comments!

Apple just released a Newsroom update highlighting some of the upcoming games for the new game service:

When Apple Arcade launches on the App Store on September 19, players around the world will start to get their hands on games that have been years in the making. The developers behind them have woven artistry, curiosity and a lot of heart into a curated selection of diverse, fresh games made possible by Apple Arcade. Here are just a few of their stories.

In “The Enchanted World,” players take on the role of a fairy who uses puzzles and challenges to piece back together her collapsing world. For creators and friends Ivan Ramadan and Amar Zubcevic, both 33, the game is much more than that: It’s a metaphor for a child growing up in a time of war. Both Ramadan and Zubcevic grew up in Sarajevo during the conflicts in the Balkans in the 1990s, and both had parents that used creativity to shield them from the violence and danger around them.

“Sarajevo was under siege for four years,” says Zubcevic. “There was no electricity … there was no running water, you had to go to a well … and we would go with [our parents] and help them carry back containers — it was a game for us, helping them.”

Out of those childhood memories, “The Enchanted World” was born. The game, published in conjunction with developer Noodlecake, features the music and folklore of the Balkans.

“Our game is about all those children who, with their endurance and imagination, can create those magical worlds for themselves and their friends, even in the worst of circumstances,” says Zubcevic. “That’s why their world is enchanted, and why I think that we can always do one better than what came before.”

“We wanted to make this a peaceful game and a fairytale,” says Ramadan. “We hope kids and their parents can enjoy it together.”

In Borderleap’s “Patterned,” players color intricate puzzle pieces and arrange them to complete a satisfying canvas. Nate Dicken, 43, the solo developer behind the outfit in Blacksburg, Virginia, created the game as a method of finding calm. The varied patterns were sourced from 15 designers around the world — 14 of whom are women. Nate created “Patterned” exclusively for Apple Arcade.

“The App Store made it possible for me to have a platform to do what I do,” says Dicken, who has designed more than a dozen iOS games in the last seven years. “I wouldn’t have built this game if it weren’t for Apple Arcade.”

“Overland” is a post-apocalyptic road trip adventure game from Finji, co-founded by Adam and Bekah Saltsman, 37 and 38, respectively. The couple, who live in Grand Rapids, Michigan with their two young sons, modeled “Overland” after a mishmash of their favorite classic board games, books and films. Players drive west across a rapidly deteriorating United States, rescuing survivors, scavenging for supplies and occasionally inviting a stray dog along for the ride.

What drives Finji’s creativity? Adam and Bekah credit the company’s commitment to quality of life.

“I want people to have full lives and I want people to make games,” says Bekah. “So whatever we need to do to make that work, we will do that. If my team wants to have kids — how much time do [they] need? I want to work with these friends and make something beautiful with them.”

In “Card of Darkness,” players solve card-based challenges that feature hand-drawn characters with a sense of humor. Solo developer Zach Gage, 34, teamed up with legendary animator Pendleton Ward to bring this game to life.

Gage has spent his life making video games and art. When the first iPhone was released, he saw an opportunity.

“I looked at [iPhone] and said this is an art platform,” says Gage. He designed and released his first game, “SynthPond” in the fall of 2008 — one of the first games on the App Store. Since then, Gage has designed more than a dozen iOS games.

“I want games to reach the place where people discuss them as if they’re books or movies,” says Gage, who sees the Apple Arcade business model as freeing for developers. “I didn’t have to spend time thinking, ‘How do I fit ads into this?’ I just got to work with incredible artists and make incredible art — Apple Arcade is letting me do that.”

Thanks, Rick and Andy!