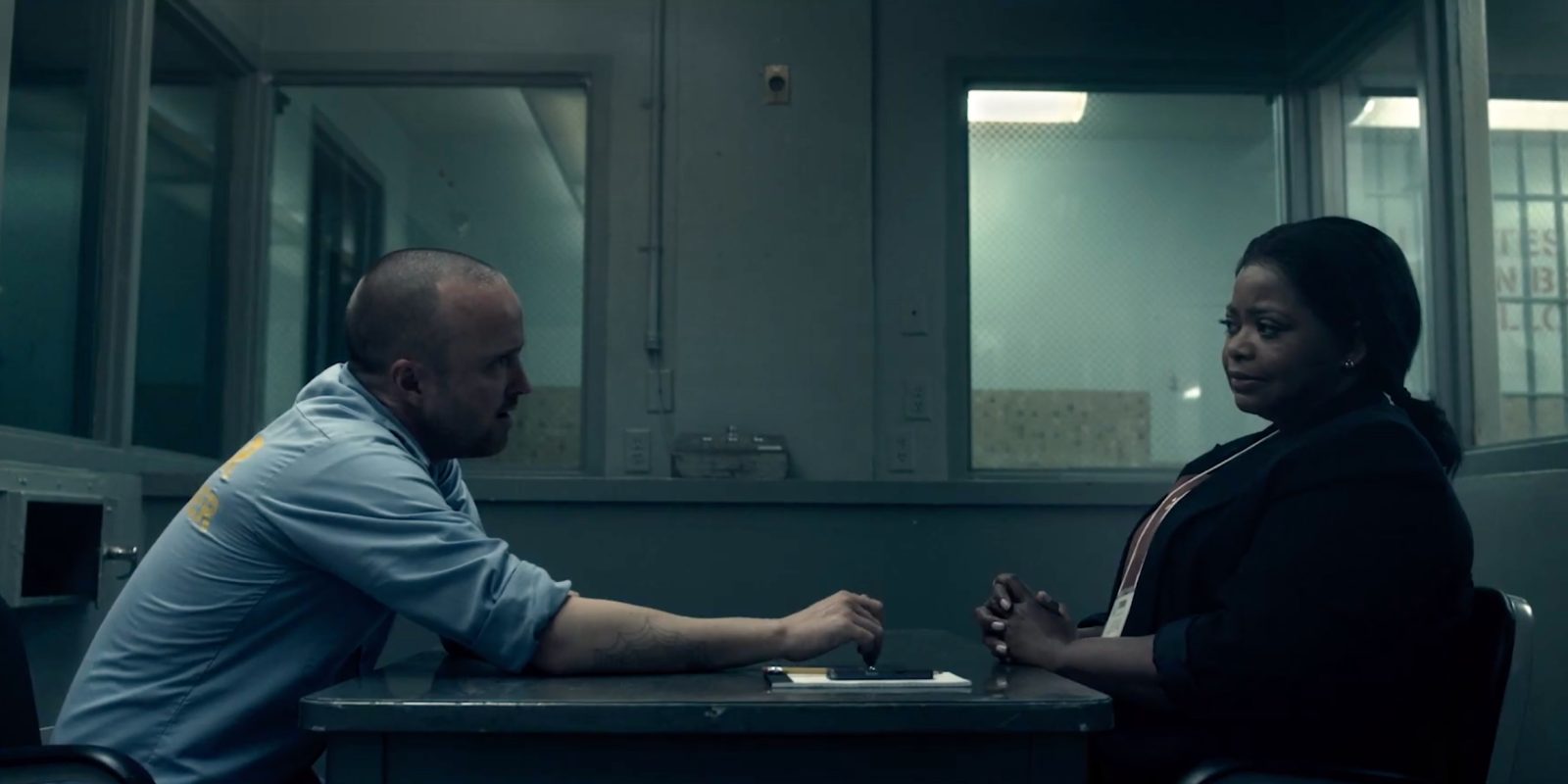 Apple rolled out the marketing budget last night at the Emmy Awards. The company picked up an Emmy for Carpool Karoake, but Apple’s presence was made known by a series of Apple TV+ commercials during the ad breaks.

As the company readies its service for launch, with the first shows dropping on November 1, Apple has not been shy to drum up press for the streaming service.

Apple TV+ features only original Apple programming of TV shows and movies. In a new “Stories to Believe in” campaign, Apple is airing 15-second clips of its hero shows, online and on TV. It screened a handful during the Emmy Awards ad breaks (via ScreenTimes). This includes clips for The Morning Show, See, For All Mankind, and Dickinson.

Interestingly, the ads featured new first looks at Apple’s slate of shows that are not launching on November 1, but listed in the Apple TV as coming soon: criminal podcast drama Truth Be Told, starring Octavia Spencer and Aaron Paul, and M. Night Shyamalan’s psychological thriller Servant.

You can see all the clips from the “Stories to Believe in” campaign on the Apple TV YouTube channel.

Twitter collectively joked about the barrage of Apple TV+ ads, with mixed reactions about their appeal. Many commented that the 15-second format was not long enough to really get an idea about what the show was. Apple has also been spending a lot on YouTube, Twitter, and other social media platforms to get eyeballs on these commercials.

This time next year, Apple will be gunning to be part of the main ceremony, picking up plentiful awards for its Apple TV+ shows. Alongside Apple TV+, Amazon Prime Video and Disney+ ads also featured in the Emmy breaks.

Apple TV+ launches on November 1 and will cost $4.99/month with a seven-day trial. However, purchasers of a new Apple device — iPhone, iPad, Apple TV, Mac, or iPod touch — can get a year of Apple TV+ for free. A single Apple TV+ subscription can be shared with up to six family members for no additional charge using Family Sharing.