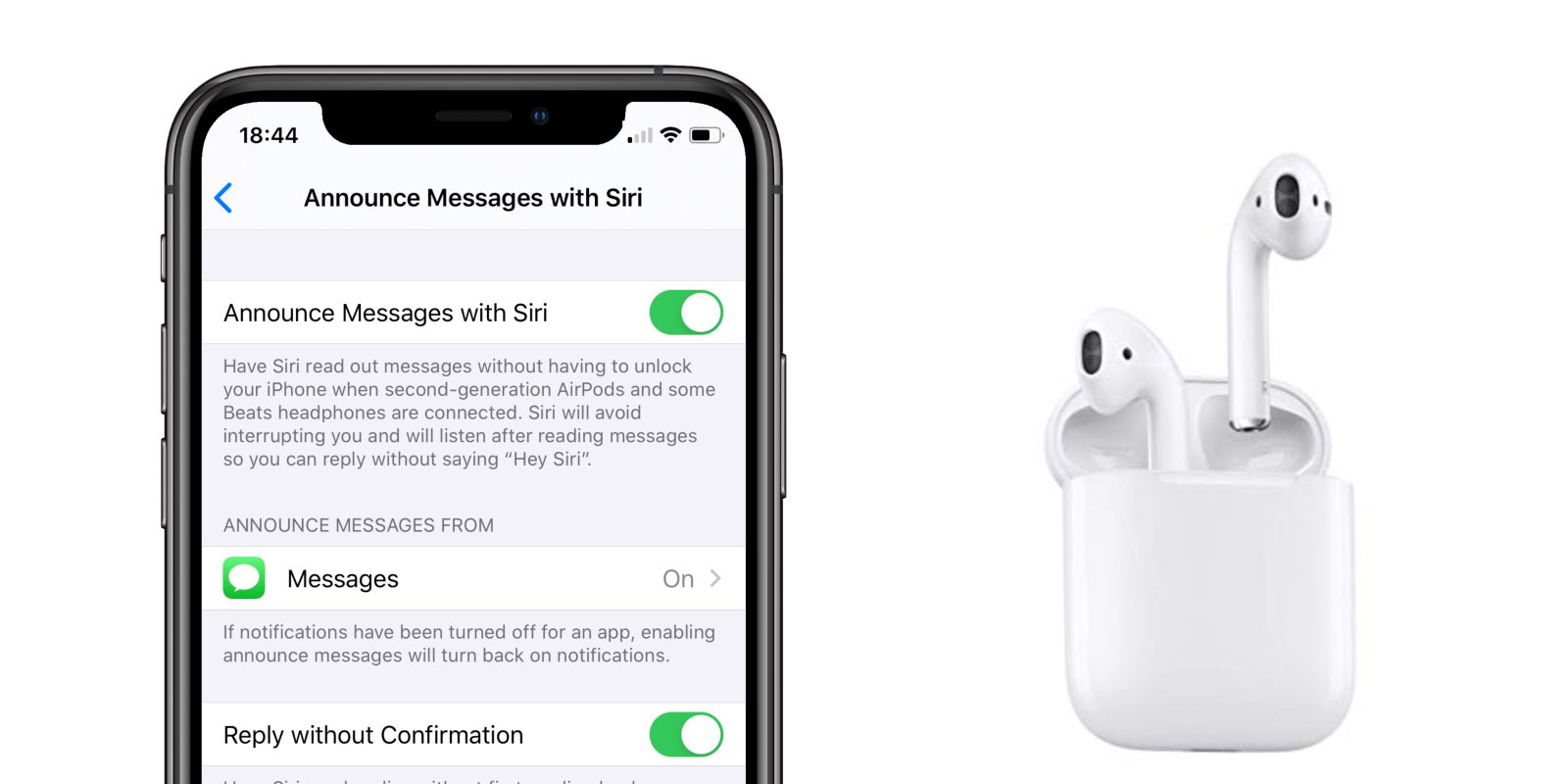 The ‘Announce Messages with Siri’ feature was originally promised for iOS 13 but was delayed to ‘later this year’ as Apple hurried to ship iOS 13 in time for the iPhone 11 release. It did not make it in iOS 13.1 either, but it has returned in the just-released iOS 13.2 developer beta.

You need to be an iPhone and AirPods user to take advantage of the feature. With the AirPods in your ears, you will be able to listen and respond to incoming text messages. Siri transcribes the message so you can hear the text without looking at your phone or watch. You can then ignore or immediately reply without having to say ‘Hey Siri’.

The incoming message alert is accompanied by a special alert tone that differs from the regular text tone. Siri will introduce the message with a phrase like ‘Zac says’ before reading the message. If another text comes in from the same sender, it will adjust its description to naturally continue the conversation.

By default, Announce Messages with Siri is disabled. You can turn it on by going into Settings -> Siri & Search -> Announce Messages. In the default configuration, when you reply to a message, Siri will read what it heard back to you. You can streamline this further by enabling the ‘Reply without Confirmation’ setting, which means Siri will send your dictated message back (as transcribed text) without checking with you first.

Announce Messages with Siri will work with third-party apps as well as Messages, but developers need to update to integrate support for the functionality.

Unfortunately, it requires H1 Apple AirPods or ‘some Beats headphones’ (presumably the H1-enabled Powerbeats Pro) and does not work with third-party Bluetooth headphones. Announce Messages with Siri is in iOS 13.2, which suggests it is ready to ship. However, given Apple’s wacky release schedule of late, there is no guarantee that the feature sticks around in future seeds.