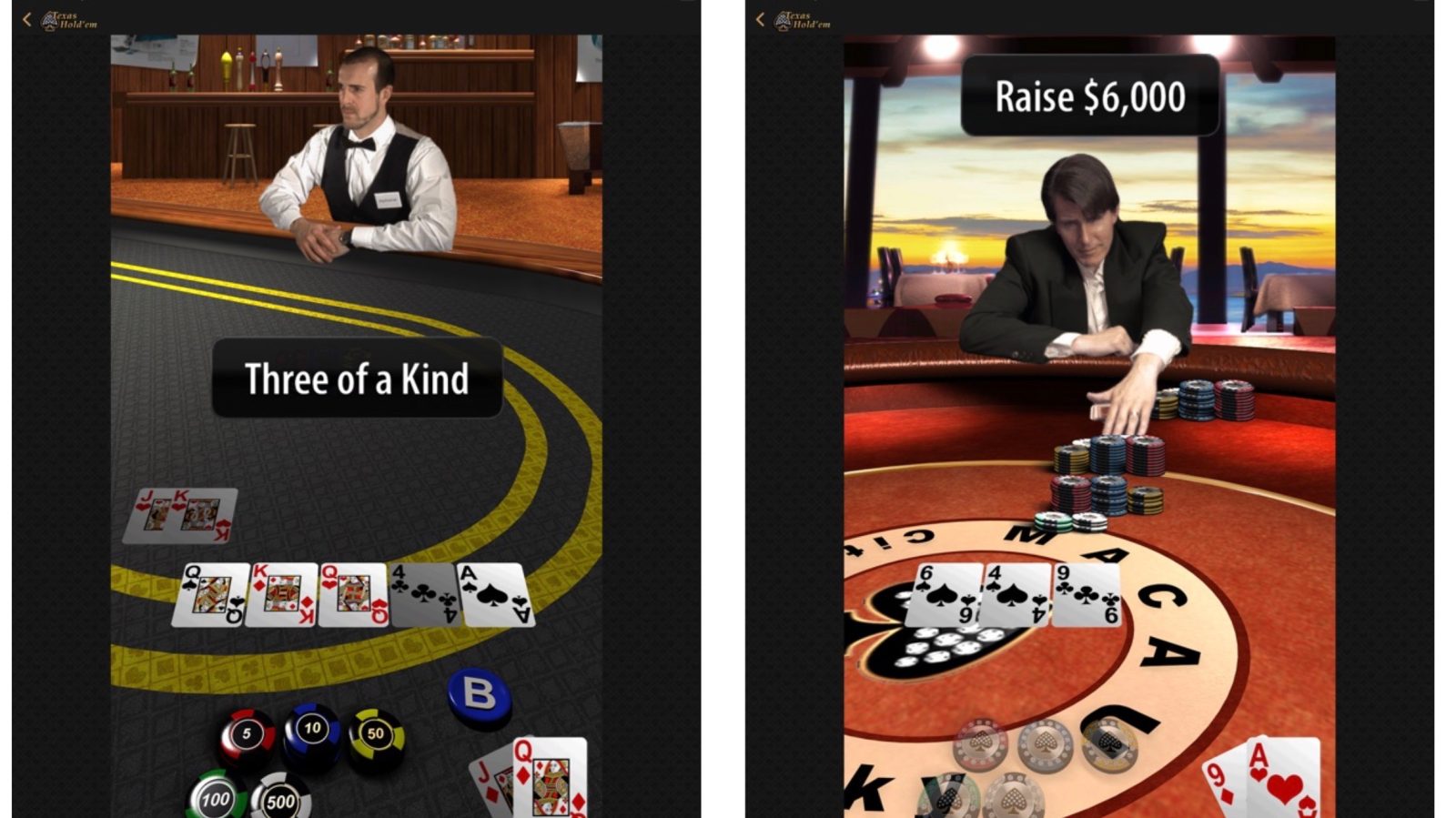 Apple surprisingly revived its Texas Hold’em game for iOS back in July with new characters, improved graphics, and more. Now, the game has been updated to version 2.1 with support for the iPad.

With Texas Hold’em iPad support, you can play in full screen or while using other applications thanks to support for Split View and Slide Over multitasking.

Texas Hold’em comes to iPad—enjoy it full screen, or play it while you do something else using Split View or Slide Over. This update also includes accessibility improvements and performance enhancements.

Apple’s Texas Hold’em game was originally created for the iPod and was one of the first games released for the iPhone in 2008. Apple has breathed new life into the game this year in honor of the App Store’s 10th anniversary (which was technically last year.)

Here’s how Apple describes the game:

To celebrate the 10 year anniversary of the App Store, we’ve brought back one of its first games, a popular classic. Originally created for iPod, then brought to iPhone, fans will love the polished redesign, featuring new characters, more challenging gameplay, and stunning graphics for the newest iPhone, iPod touch, and iPad. Players will also love that it’s free to play—for the very first time.

Texas Hold’em is available on the App Store as a completely free application with no in-app purchases. Have you been playing Apple’s Texas Hold’em game? Let us know down in the comments.