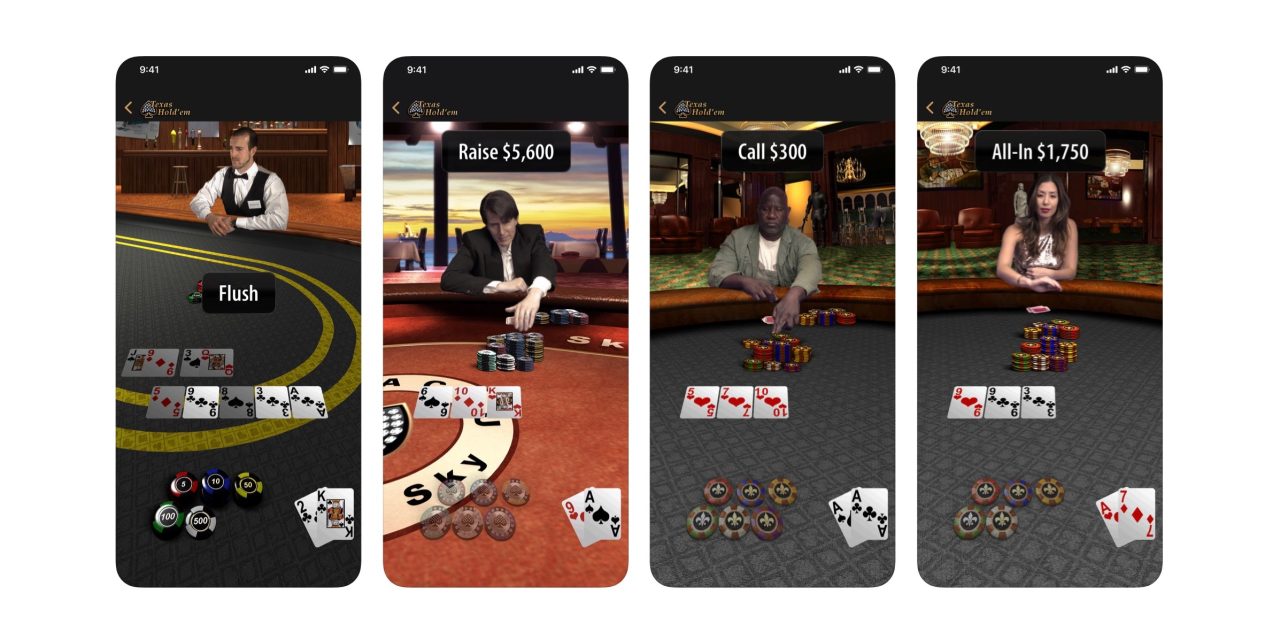 In a surprise move, Apple has revived its Texas Hold’em game for iOS today. The update to the original game comes in celebration of the 10-year anniversary of the App Store and has been redesigned to include new characters, improved graphics, more challenging gameplay, and much more.

Apple highlighted the Texas Hold’em history and noted some of the updates to the refreshed version in the app listing (still the original listing with reviews from years ago!).

Apple’s Texas Hold’em is back! To celebrate the 10 year anniversary of the App Store, we’ve brought back one of its first games, a popular classic. Originally created for iPod, then brought to iPhone, fans will love the polished redesign, featuring new characters, more challenging gameplay, and stunning graphics for the newest iPhone and iPod touch. Players will also love that it’s free to play—for the very first time.

The Apple game first launched in 2006 for iPod before making its way to the App Store in 2008 (the 10-year anniversary was officially last year). For a fun look at the early versions, check out this post from MacStories. The modern 2.0 version of Texas Hold’em features 24 opponents to play against in addition to being able to challenge friends.

Notably, the new version is quite large at 1.5GB in size. Texas Hold’em remains a free download from the App Store and is compatible with iPhone, iPad, and iPod touch.

Back in May Apple had some fun helping bring Warren Buffett’s game, Paper Wizard, to life. That was the first time since Texas Hold’em that the company had worked on a game. With Apple Arcade on the horizon, the company will be expanding its gaming focus for iOS. In the meantime, it’s cool to see Apple surprise and delight users with this Texas Hold’em update. 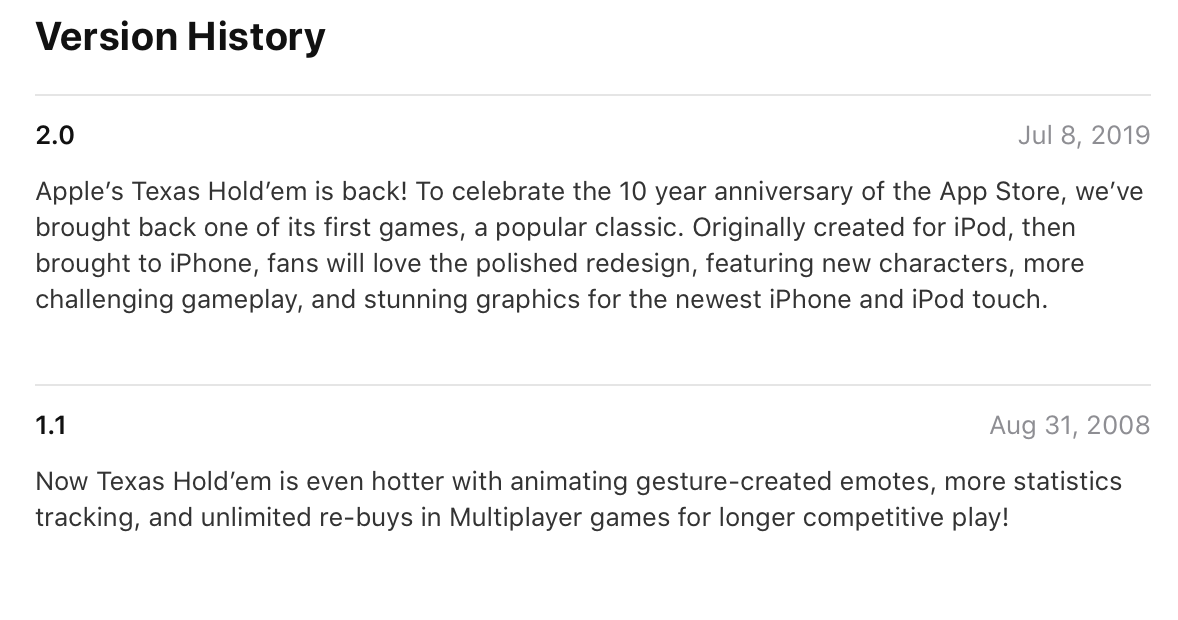