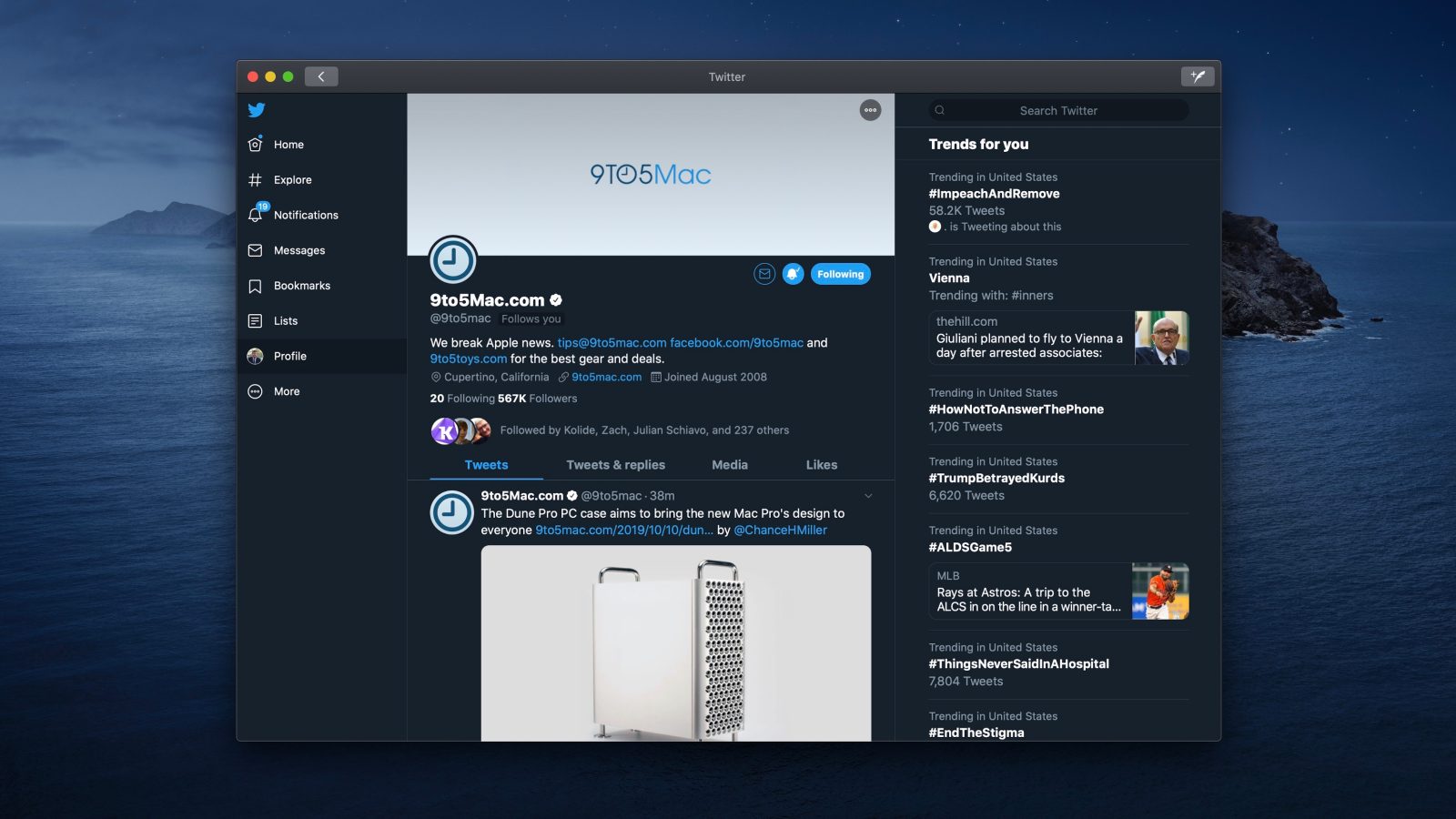 macOS Catalina was released to the public earlier this week, making it easier for developers to port their iPad apps to the Mac. Twitter is joining the club today with a new Catalyst version of its iPad app that’s now available on the Mac App Store.

The return of Twitter to the Mac was a big deal when Apple revealed more plans for Catalyst back in June. Naturally, Twitter missed macOS Catalina launch day, but the app is now rolling out via the App Store.

The Twitter for Mac app should be familiar to anyone who has used the Twitter for iPad app. It features a very similar interface, but with some tweaks to help it fit in on macOS.

There’s also support for Dark Mode, meaning that the Twitter app will automatically switch between light and dark interfaces based on your macOS system setting.

Twitter offered a dedicated Mac application for several years, but dropped support for it last year and pointed users towards the web instead. In a blog post over the summer, however, Twitter explains that Mac Catalyst makes it easier for the company to support Mac and iOS both:

The Twitter for Mac app is still propagating in the Mac App Store, but you should be able to use this link to download it from the App Store for free.

What do you think of Twitter’s return to the Mac with Mac Catalyst? Let us know down in the comments.