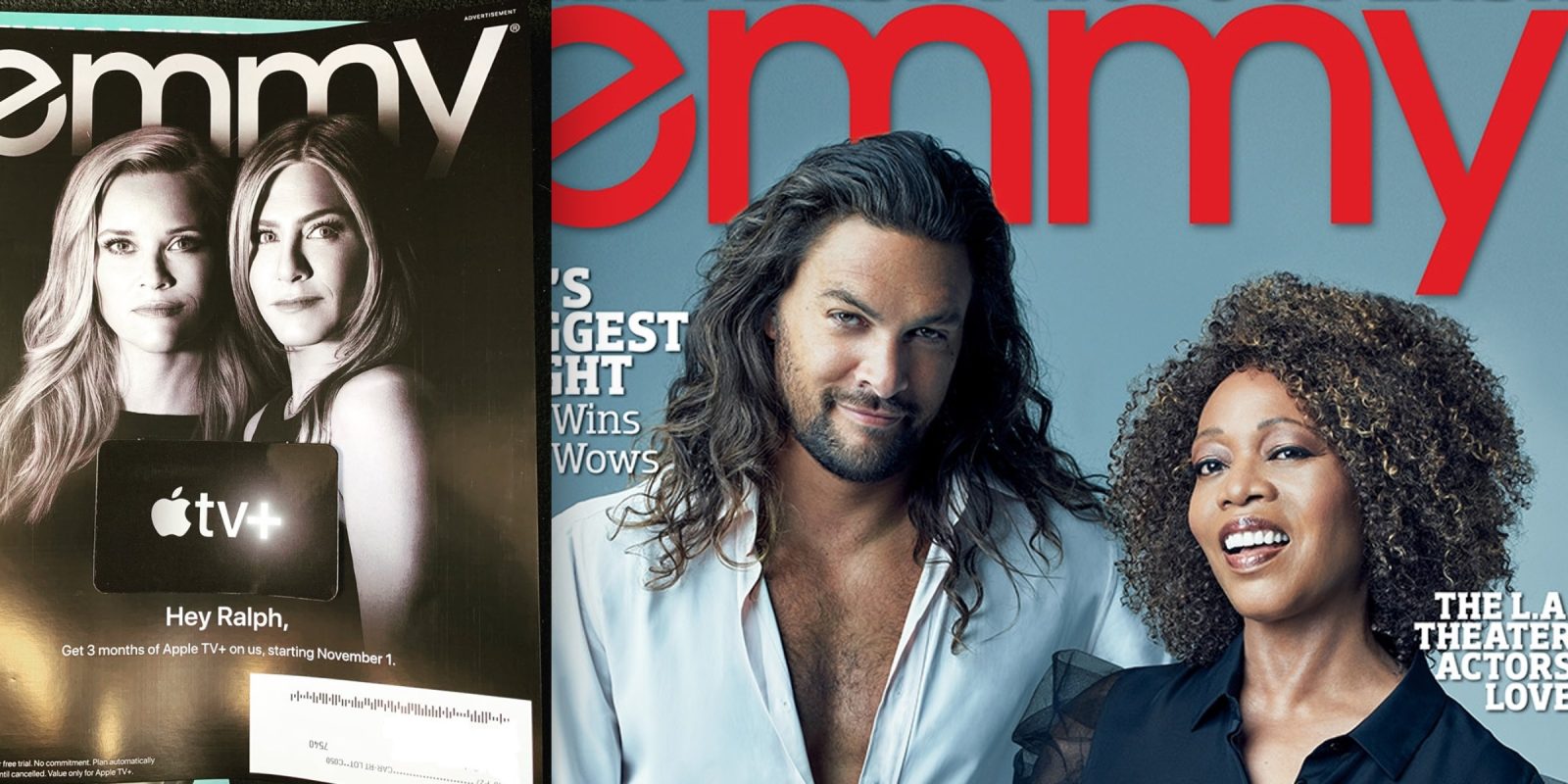 Apple is continuing its PR blitz for Apple TV+ with Jason Momoa and Alfre Woodard hitting the covers of the latest issue of Emmy Magazine, promoting the sci-fi thriller See. Apple’s production budget for See is believed to be in excess of $15 million per episode.

In the interview, Apple vice presidents Jamie Erlicht and Zack van Amburg (who run Apple’s TV+ efforts after being hired from Sony in 2017) compare the scope of See’s world-building directly to Game of Thrones: “can it be as epic as, say, a Game of Thrones? We answer that question early on with a resounding yes!”. See debuts as a launch show on Apple TV+, which means it premieres November 1st.

See follows a dystopian sci-fi exploration of the world, 600 years in the future, where everyone on Earth has lost their sense of sight. The show begins with the wife of Momao’s character (Baba Voss) having two children, who they soon realize can see. The queen of the realm wages war against the tribe to attempt to capture the mythical children.

The interview in the Emmy magazine explains that the show hired dozens of low-vision and blind actors for the cast, in addition to consultants on blindness, biologists and survivalists to help build out the world.

Jason was a prime example. Navigation was a big part of the show, and he was constantly devising new ways to move. He might be wearing a long robe and throw it out like a whip in front of him to guide him. Sometimes he might be carrying an axe, and slide it out in front like a walking stick. If he was walking by water, he’d kick some so others could follow the splash.

You can read the full interview in the latest issue of Emmy Magazine.

Apple is also taking out advertising in the issue, with a full page insert showing The Morning Show leads Reese Witherspoon and Jennifer Aniston, and offering a free three month trial of Apple TV+ to Television Academy members with the included voucher. The Apple ad even features a personalized call-to-action, bearing the buyer’s name. Note that this voucher does not come as part of any standard print issue. 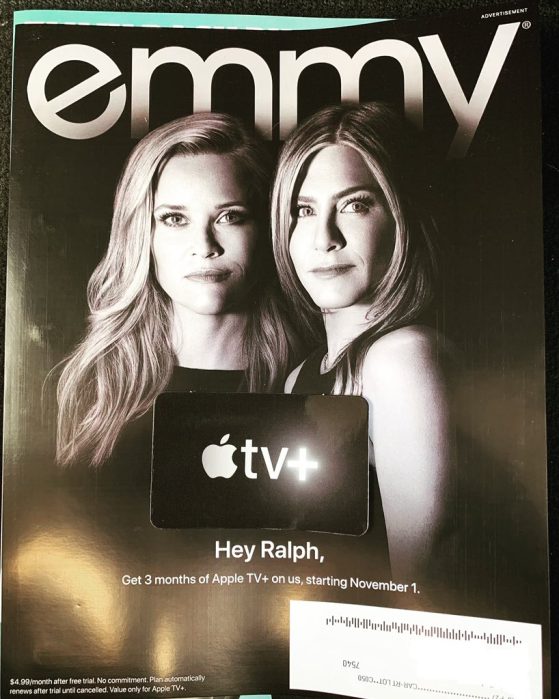 Apple TV+ will cost $4.99 per month and direct sign-ups inside the TV app will feature a 7-day trial. However, many Apple customers will be able to experience Apple TV+ for free for a year. Apple announced that any purchase of an iPhone, iPad, Apple TV or Mac from September 10 will be eligible to redeem 12 months free. A single Apple TV+ subscription can be shared with six family members through Family Sharing.

When the services goes live on November 1st, users will be able to watch Apple TV+ on their iOS devices, on their Macs, on the Apple TV set-top box, some models of Samsung smart TVs, and through a website. In the future, the TV app will also be available on Vizio, LG and Sony smart TVs as well as streaming boxes like Roku and Amazon Fire TV.