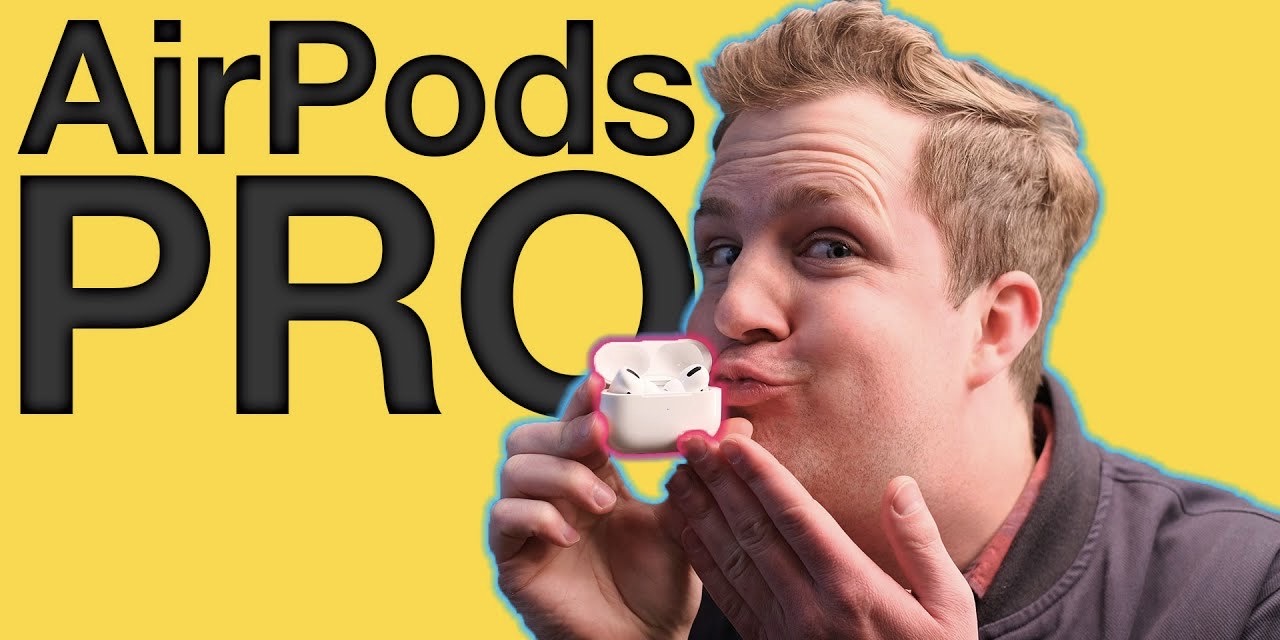 AirPods Pro arrived this week and early reviews are positive. But what about a review from an audiophile diving into sound quality, noise cancellation, and more? YouTuber Quinn Nelson has shared a review from the audiophile perspective on his channel Snazzy Labs. He’s got a great dive into the pros and cons of AirPods Pro and he won’t be totally ditching his wired headphones but he believes they are the “best wireless earbuds on the market.”

Quinn’s new video has a fun start where he notes “I’m an audiophile who loves the original AirPods.” He’s then interrupted and clarifies that he doesn’t like how they sound, but the overall features and experience are great. So he was really excited to get his hands on AirPods Pro with noise cancellation, the in-ear fit, and more.

This new review takes a deep dive into how AirPods Pro sound, perform, and work, and he compares the noise cancellation in different settings like a coffee shop and an airplane. Regarding airplane use, he says “which is where these things really begin to excel.”

As for sound quality, Quinn says AirPods Pro perform “fine” but he was a little let down based on how Apple described what they’ve done to improve sound quality. But as a reminder, “fine” coming from an audiophile means an average customer will probably be impressed. However, he does call Sony’s WF-1000XM3 earbuds (reviewed) sound quality “great” and thinks the noise cancellation on those is better. But they have weaknesses like a bad app and an uncomfortable and clunky design.

In the end, Quinn says AirPods Pro are “absolutely” worth the extra cost compared to AirPods and that “I can hesitantly but decisively say that they are the best wireless earbuds on the market.” However, he still doesn’t think wireless earbuds are close to good enough to replace wired headphones.

He also mentions that they work well on Android.

The full review is definitely worth a watch!

In another review, YouTuber Painfully Honest Tech (who is hesitant to call himself an audiophile because of the connotations but really appreciates quality audio) says AirPods Pro “have actually really impressed me.”

He goes on to qualify that they won’t compete with a great pair of wired headphones but in the category of fully wireless earphones in the same price range, they perform better than he would have reasonably hoped.

Check the full review out below: