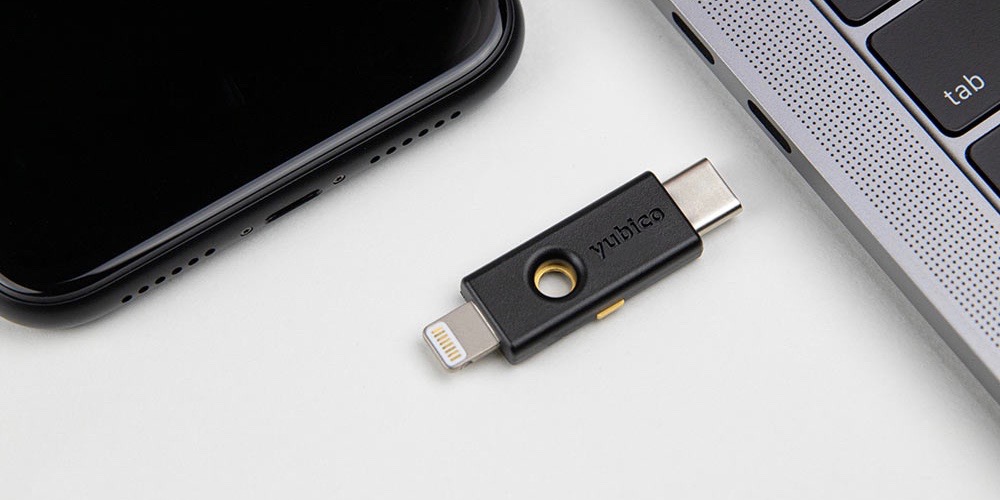 Apple released the second developer beta of iOS 13.3 today and one of the changes includes Safari support for NFC, USB, and Lightning FIDO2-compliant security keys.

There are a variety of options on the market but Yubico was the first to bring a USB-C and Lightning FIDO2 security key to market, making it an easy choice for Apple users with both iPad Pro and iPhone as well as Macs and iPads with Lightning ports. The YubiKey 5Ci sells for $70.

Here’s how Yubico describes the currently compatible services and software with the USB-C side:

The USB-C connection of the YubiKey 5Ci works with a wide range of services including: Google, Microsoft Accounts, Dropbox, Facebook, Twitter, GitHub, Dashlane, Keeper Security, and more. Support for the Lightning connection of the YubiKey 5Ci is currently emerging with a growing number of iOS apps, including 1Password, Bitwarden, Dashlane, Keeper Security, LastPass, and Okta, as well as a number of services through the Brave browser.

You can keep an eye on the list of apps and services to work with Lightning security keys here as it grows over time.