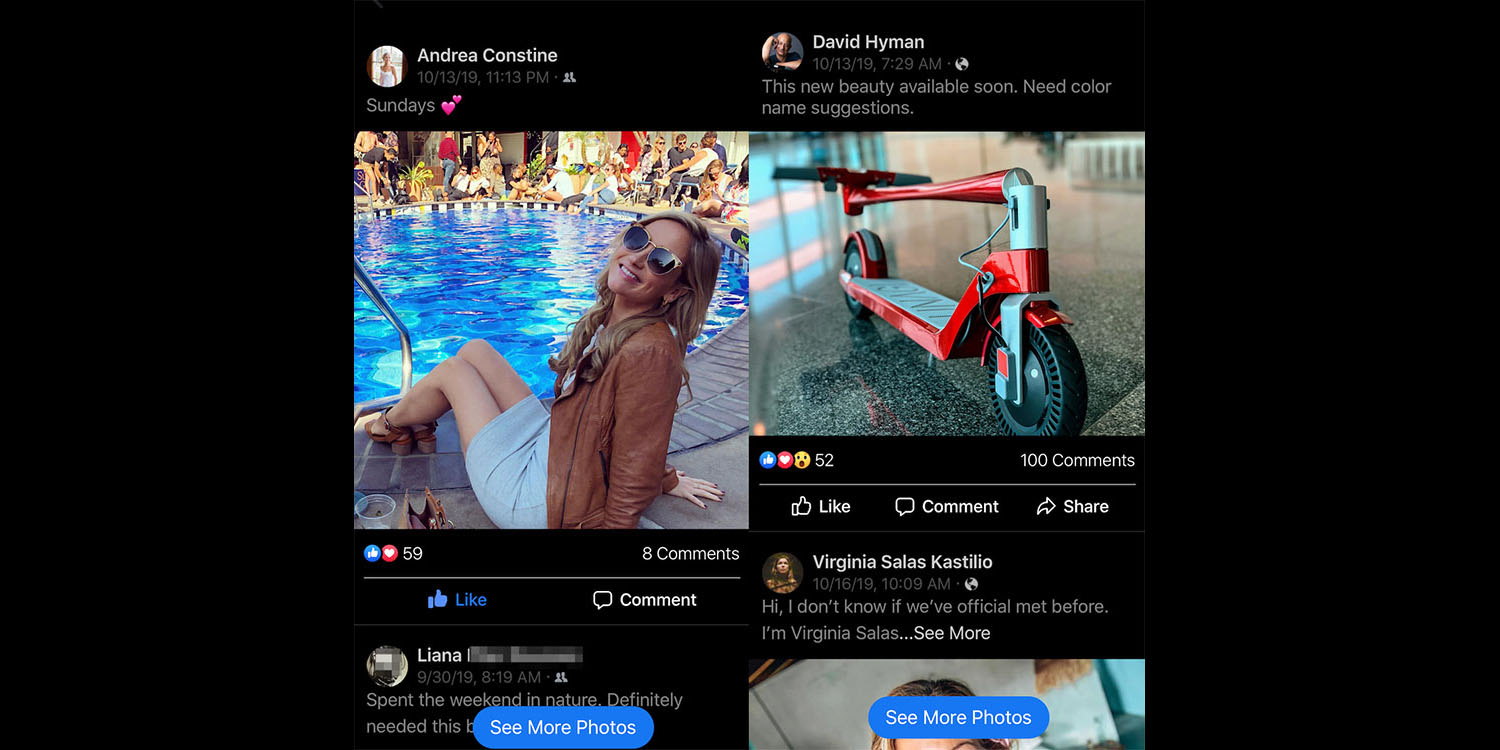 Facebook is testing a popular photos feature that would make the feed look more like Instagram. Instead of seeing a feed of status reports, with and without photos, the option would show only photos and brief captions.

The test was spotted by TechCunch.

TechCrunch has spotted Facebook testing a feature called Popular Photos, which affixes an endless scroll of algorithmically selected pics from friends beneath the full-screen view of a photo opened from the News Feed. The result is an experience that feels like the Instagram feed, but inside of Facebook […]

A Facebook spokesperson confirms that Facebook was running a small test of Popular Photos in October when we spotted it. That trial has concluded but the team is now iterating on the product and plans to do updated tests in the future. The company refused to disclose more details or its motives for Popular Photos. Given Facebook already has Stories, messaging, profiles, and its IGTV-esque Watch video hub, it’s only the Explore tab and a dedicated media feed that are missing from it being a full clone of Instagram.

The site explains how it works.

When users discover a photo in the News Feed or a profile, they can tap on it to see it full-screen on a black theater-view background. Typically, if users swipe or scroll on that photo, they’re just booted back out to where they came from. But with the Popular Photos feature, Facebook splays out more images for users to scroll through after the original.

By scrolling down past the Popular Photos title, they’ll see additional pics and a “See More Photos” label beckoning them to keep whipping through more public and friends-only images shared by friends and who they follow.

This is similar to what happens when you tap to play a video: after watching it, it scrolls down to another recommended video.

While TechCrunch’s Josh Constine is keen, I’m not so sure. My primary reason for using Facebook is to keep in touch with what’s going on with friends I don’t see all the time, and it’s the status messages rather than the photos which are the focus for me. A feed of pretty photos with truncated captions seems to me to defeat the object of the service: we already have one Instagram, we don’t need another.