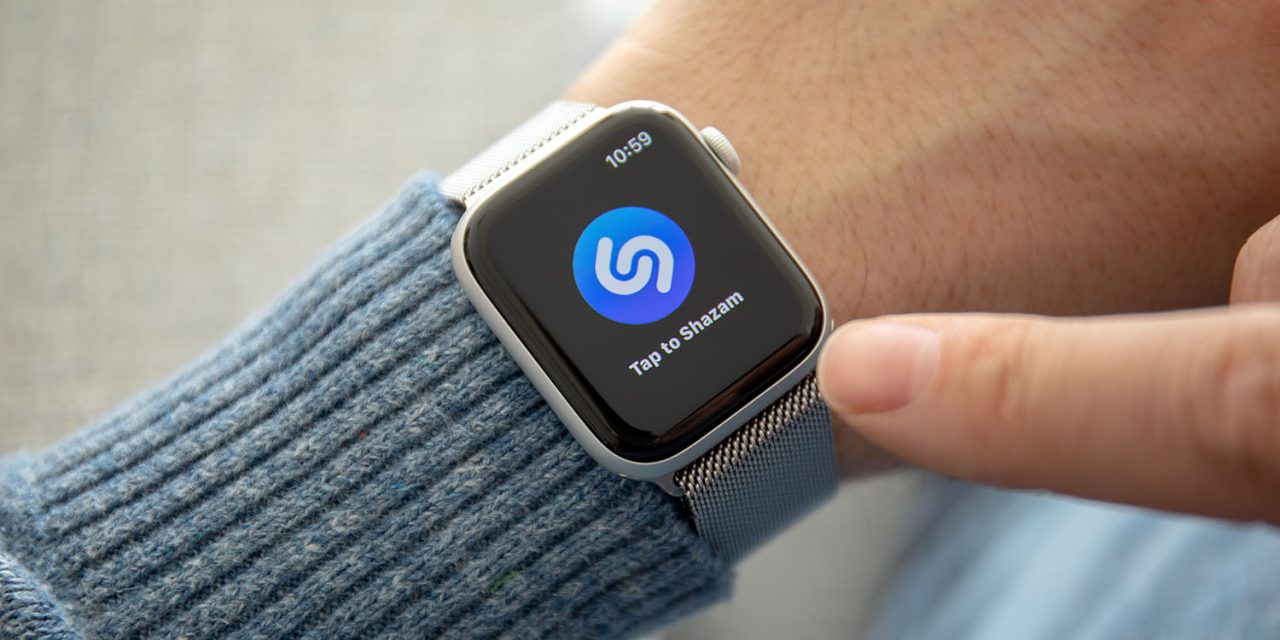 This is a small feature request: to have the same Auto-Shazam feature in the Apple Watch app that we get in the iPhone one.

This may be a bit niche. Certainly my own reason for wanting it is, but let’s see…

To get my own niche circumstances out of the way first …

I dance Argentine tango, in which you normally dance three or four songs at a time. Very often while dancing, I’ll want to know the song – either because I love it, or to avoid it in the future!

I don’t like dancing with a phone in my pocket. I do wear my Apple Watch, but Shazamming a song means tapping the Watch at least once, and if I want to log each song, then I need to tap the Back button then the Shazam button. All that is somewhat distracting, and would feel rather rude at a time when all your focus is meant to be on your dance partner.

But more broadly, I’d like it if Shazamming songs weren’t a manual process. That’s possible on the iPhone: just long-press for Auto-Shazam. Everything is logged, so you can check later. But there are many circumstances where you don’t want your phone on and out of your pocket. Not just while dancing, but I don’t really want my phone out in a bar where it’s at risk of having drinks spilled on it or being left behind. I’d far rather my Watch did the work.

Pixel phones have a very nice feature where no app is required. The ability to listen to and identify songs is built right in, so it is running continuously in the background. It doesn’t even need an Internet connection for the 10,000 most popular songs, as it has downloaded signatures for these. Now that Apple owns Shazam, that would be trivial to build right into iOS if the company desired.

I think running in the background on a permanent basis might be too tough a challenge for the limited battery life and processing power of the Apple Watch, however. I’d settle for the ability to just long-press the button at the start of the evening and stop it at the end of the evening.

Then whether you’re dancing tango or simply enjoying a night out with your friends in a bar, you could look up any of the songs that had been playing while you were too busy to look.

What’s your view about auto-Shazam on the Apple Watch? Too niche? Something useful? Or a nice-to-have option? Please take our poll and share your reactions in the comments.