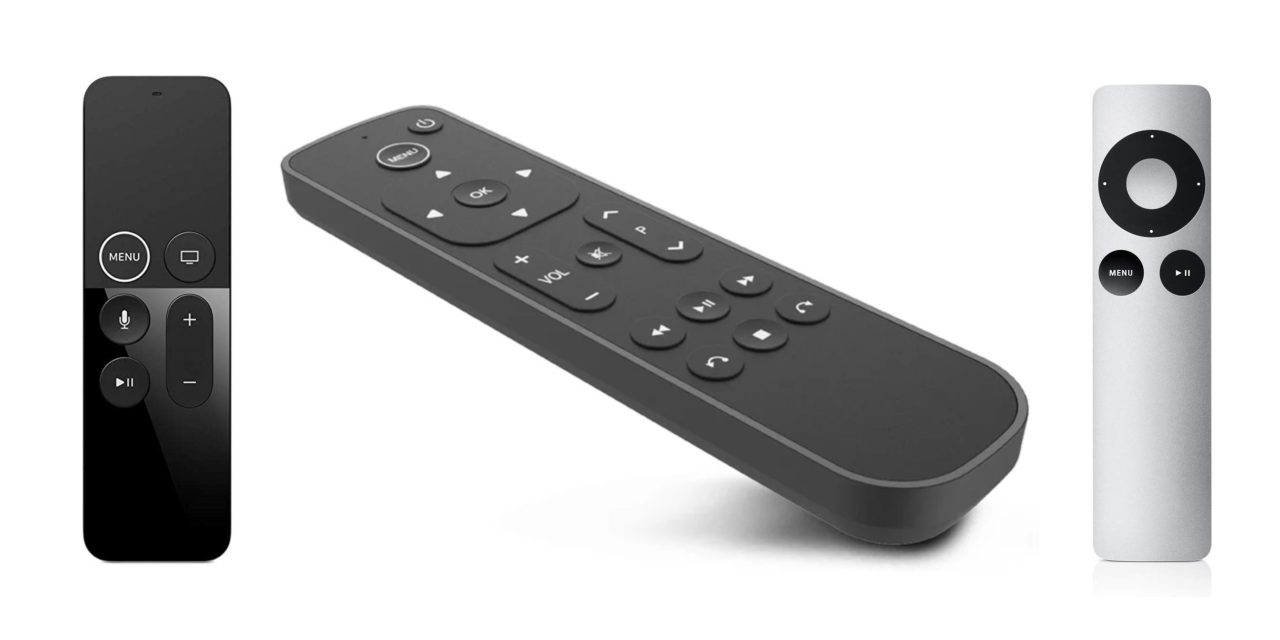 A Swiss broadband provider, Salt, uses the Apple TV as a faux-cable box for its home fibre broadband customers, similar to deals Apple has struck with other cable companies around the world.

Apparently, some of Salt’s customer base aren’t too happy with the normal Apple TV input method and the company is now offering an alternative remote control (via MacRumors). The Siri Remote is controversial, but it is easy to forget that Apple also sells an alternative remote of its own.

For people that don’t like using the tiny touch-sensitive trackpad on the Apple Siri Remote, the Salt remote is a blessing. It features a physical four-way D-Pad, a Menu button, volume and playback controls, and more.

The company says it designed its “simple and efficient” remote to help customers “make their first steps” with the Apple TV.

It’s not clear if the Salt remote uses Infrared, or takes advantage of the new HomeKit remote feature in tvOS 13. The Salt remote does not include a microphone for Siri input which suggests its functionality could be supported by just infrared alone.

In addition to having an assortment of physical buttons, the Salt remote is bigger and chunkier, which should make it harder to lose down the back of the sofa.

If you don’t live in Switzerland and are frustrated with the Siri Remote, then you aren’t left out in the cold. The fourth and fifth-generation Apple TVs feature infrared inputs and can be controlled by any IR universal remote, or the aforementioned Apple Remote which predates the Siri Remote (and is also significantly cheaper due to the lack of Bluetooth, microphone, accelerometer, and other smarts).

HomeKit remotes are also slowly making their way to market from companies like Crestron and Savant, which allows the entertainment accessory makers to integrate touch controls and Siri support into their existing proprietary remotes.

An Apple TV refresh sporting a more modern A12 chip has been rumored but at this point, there are no concrete reports on when we might expect to see the new hardware be released … and there are no indications yet that the Siri Remote itself will see changes.