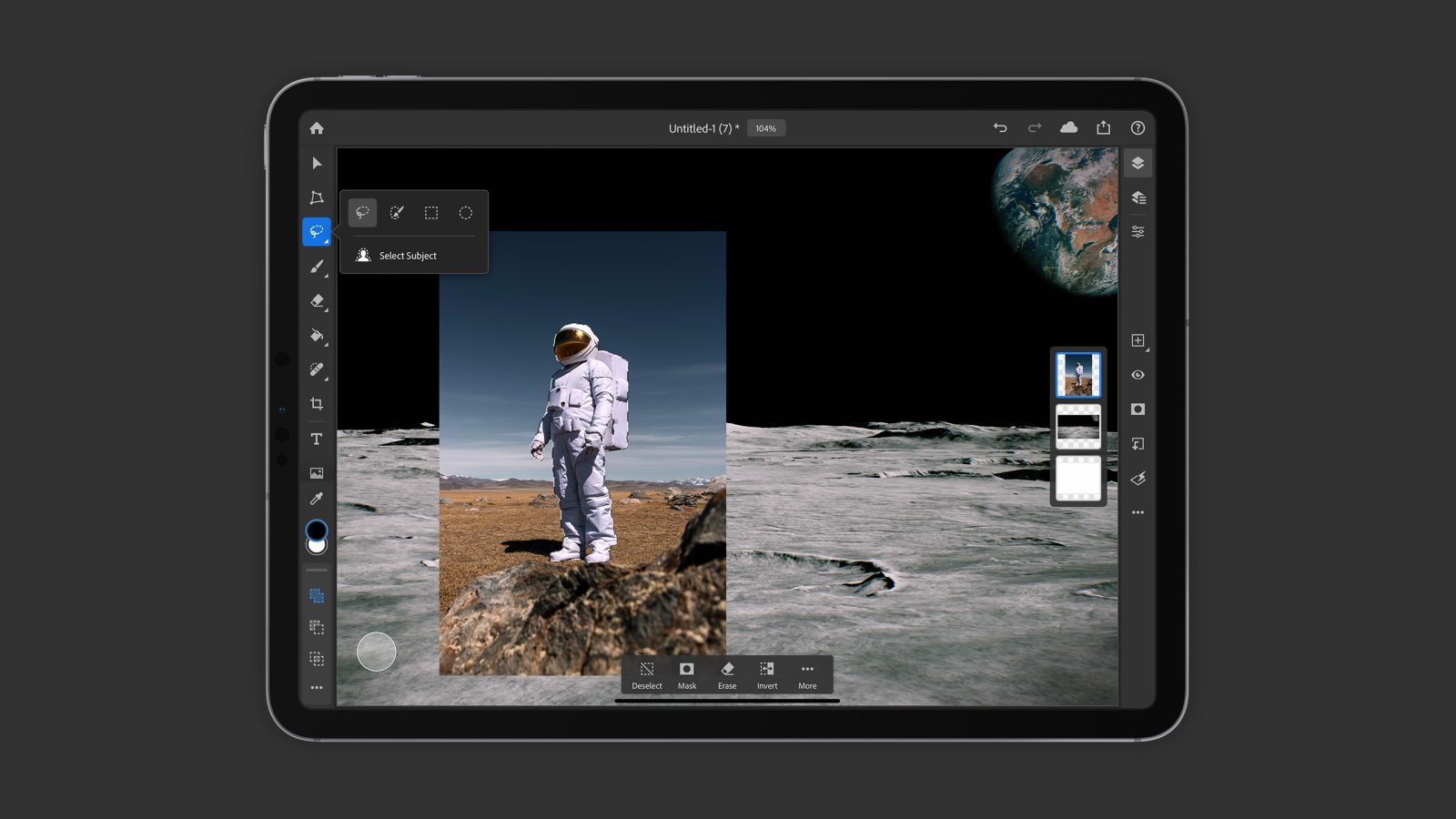 Adobe is rolling out an update to Photoshop on iPad starting today that brings features and improvements outlined earlier in fall just in time for the end of the year. The update should be available soon in the App Store for all Photoshop on iPad customers.

Select Subject is a feature that significantly streamlines the process of making complex and detailed selections on an image. The feature has been available on the desktop since 2018, and was promised in a November blog post from Adobe to roll out on the iPad before the end of the year.

Machine learning through Adobe Sensei makes Select Subject possible. The feature works with the same precision and produces the same results as it does on the desktop version of Photoshop. Adobe explained the technical details of Sensei’s processing:

The results are driven by several Sensei AI and machine learning algorithms chained together, each optimized for different parts of the selection process. For example, one algorithm produces the selection, while another removes artifacts to make a sharp edge, etc.…you get the idea.

The team has also trained the algorithmic models using a whole lot of images. They use a diverse set of content to ensure it recognizes a wide array of objects and scenes. It doesn’t work perfectly for every possible arbitrary selection, and you will find plenty of images where it’s not the right tool to use. But the team is working to optimize it for a greater volume of scenarios and it will continuously get better.

Adobe is working on improving Select Subject for images with tricky details like hair and fur. These improvements will come to both the desktop and iPad versions of Photoshop.

In addition to Select Subject, there have been various tweaks to Photoshop’s UI on the iPad along with the rollout of performance improvements to Cloud Documents. PSDs larger than 75MB should upload and download faster. These improvements will extend to smaller files soon. Adobe says speed improvements up to 90% are possible.

You can read more about today’s update in Adobe’s blog post. Photoshop on iPad is available to download here.