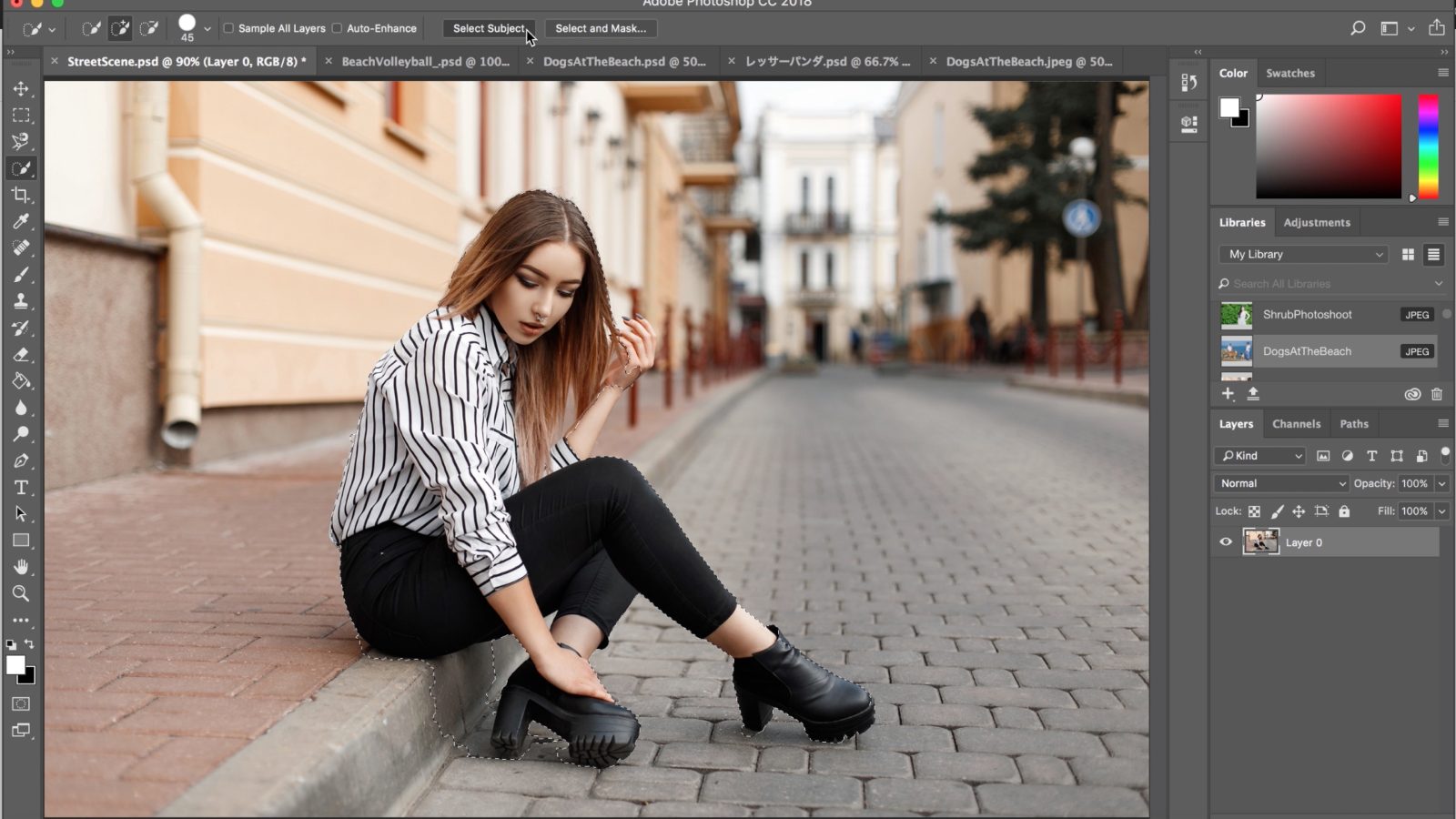 This morning, Adobe is introducing several significant updates to both Photoshop CC and XD, the company’s user experience prototyping tool. Today’s announcements bring features and improvements developed thanks to Adobe’s work in machine learning and from customer feedback and requests in the Creative Cloud desktop apps.

First up is Photoshop CC, which is debuting a new feature powered by Adobe Sensei that was previewed last fall. Select Subject harnesses the power of machine learning to make complicated selections easier with a single click.

• Windows High-Density Monitor Support – A top request from Photoshop customers on Windows devices, Photoshop on Windows 10 Creator’s Edition now offers a full range of choices for UI scale factors from 100% through 400%. Photoshop will now automatically adjust itself based on your Windows settings, making it simple to set up.

Adobe XD CC has been receiving steady updates since launching as a public beta in 2016 and later as a full Creative Cloud member last fall at Adobe MAX. Today’s changes make the desktop application even more robust. Adobe says it has focused on seamless workflow integration with other popular UX tools to make the designer to developer handoff process smoother.

Dropbox will now support native XD file previews across desktop, web, and mobile versions. For Mac users, designs created in XD can now be exported into several third-party applications like Zeplin, Avocode, and Sympli. Integration with ProtoPie and Kite Compositor have also been announced. These workflow improvements aim to cut down on the number of steps and time required to build a prototype from start to finish.

Notably, Adobe is also releasing five free UI kits for designers to use as a springboard for their prototypes. These kits are made in partnership with leading UI/UX designers around the globe – Marcelo Silva, Sarah Parmenter, Aurélien Salomon, Michael Wong, and Pek Pongpaet. They include options for smart watches like the Apple Watch, transportation and travel apps, game console UIs, and dashboards.

• Usability improvements to Design Specs (Beta) – Feature enhancements make it easier and faster than ever to navigate design specs in the browser, and enable users to work with masked layers.

• Batch export – Export options now include batch export, which you can access through the file menu. Right-click in the Layers panel to mark objects for batch export.

Existing Creative Cloud members can look for these updates to start rolling out right away. For those not yet subscribed to Creative Cloud, Adobe offers a Photography Plan starting at $9.99/month which includes Photoshop and Lightroom CC as well as up to 10TB of cloud storage. Adobe XD CC is available with a single app subscription for $9.99/month or comes bundled with the full Creative Cloud suite for $49.99/month.