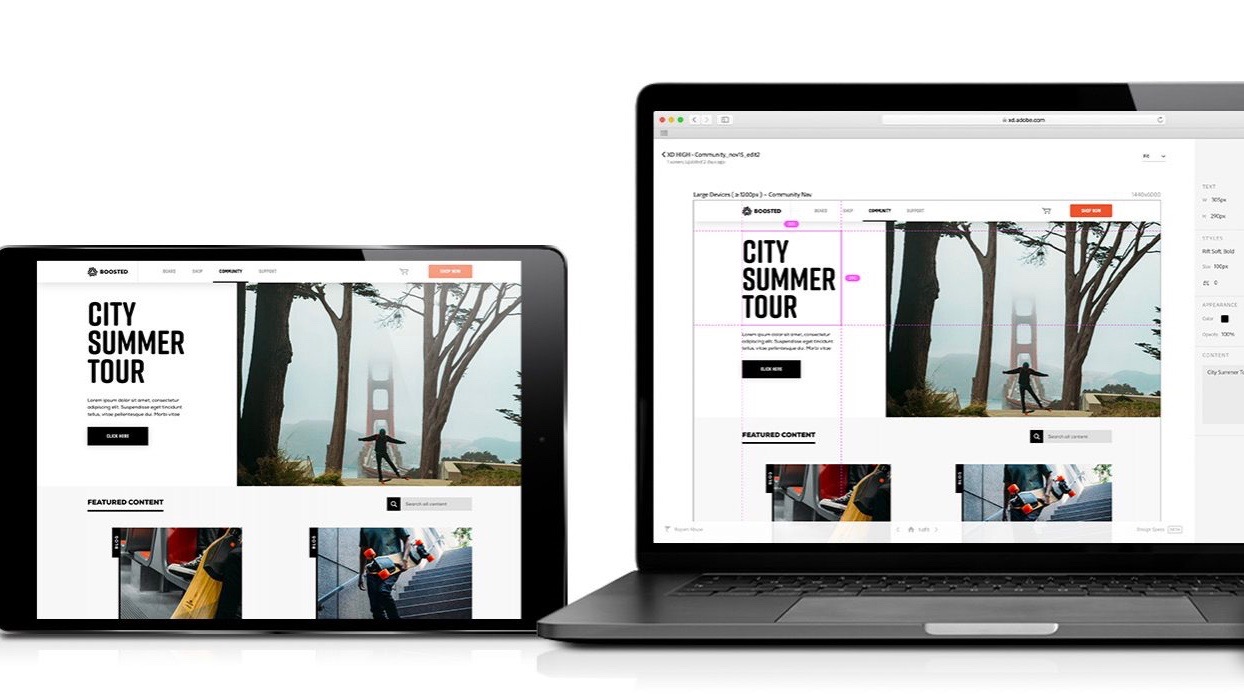 The highlight of today’s update is a beta feature called Design Specs. Adobe says the tool will help streamline the designer-to-developer handoff process. Support for design specs has been highly requested by the Adobe user community.

The Design Specs (Beta) feature is an early look at improving the communication between designers and developers. A designer can generate a public URL in XD for sharing with a developer. On accessing the link, a developer can conduct real-time inspection of flows, measurements, and styles of the design. 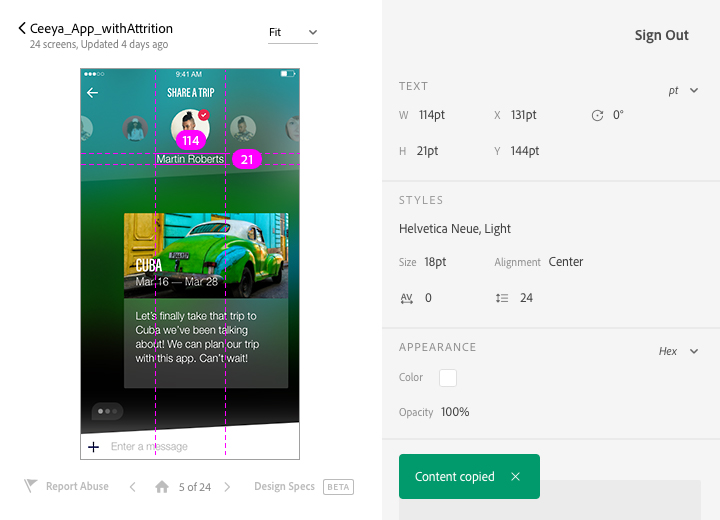 Also new in the November update of XD are a customizable layout grid to speed up the process of making consistent and organized designs, JPG asset export, improved workflows for text objects, access to the eyedropper in the color picker, and enhancements for Windows 10. Adobe XD is available for macOS and Windows as part of Creative Cloud, as well as on iOS as a companion app. See more details from today’s update below:

Customizable column grids enable a consistent, organized look across designs with the ability to manage proportions between elements. Layout Grid makes it faster and easier to design for multiple screen sizes, and eliminates the need to use the square grid or manually create a grid.

Assets and artboards can be exported in the popular JPG format without needing to convert them in another app.

Point text to area text (or vice versa) can be switched with a click of a button, and the last used text properties such as font family, size, and weight are remembered when creating a new text object.

Pan and zoom with two fingers is now supported on touch-enabled Windows 10 devices, and design elements from Adobe InDesign CC can be copied and pasted into XD.