Photoshop, Illustrator, Fresco: The next generation of pro iPad apps need your help 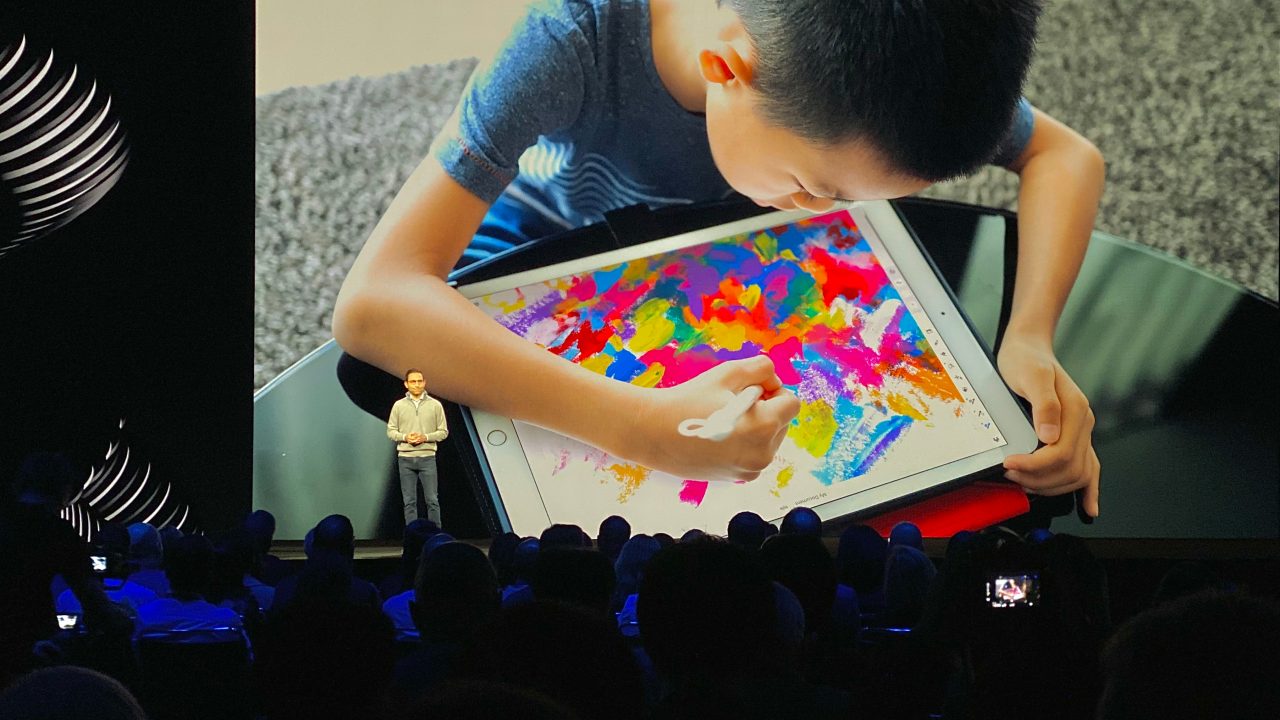 If 2018 was the year of the iPad Pro, 2019 has been the year of pro iPad software. We saw iOS mature and grow into its new name — iPadOS. Adobe also shipped two significant pro apps for the iPad, Fresco and Photoshop, and previewed Illustrator on iPad this week at Adobe MAX.

iPad customers have been clamoring for powerful software for years. Creative professionals want to use iPads as their main workstations, even if it means developing tricks and workarounds for features not yet available. That passion is part of what pushed Apple and Adobe to invest in building new tools.

Photoshop on iPad, released Monday, was one of the most highly anticipated iPad apps of the year. Overzealous expectations have left some creatives skeptical or dismissive of the feature set available in the initial version. But this is just the beginning of the story, not the end. And to write the next chapter, Adobe needs your help. 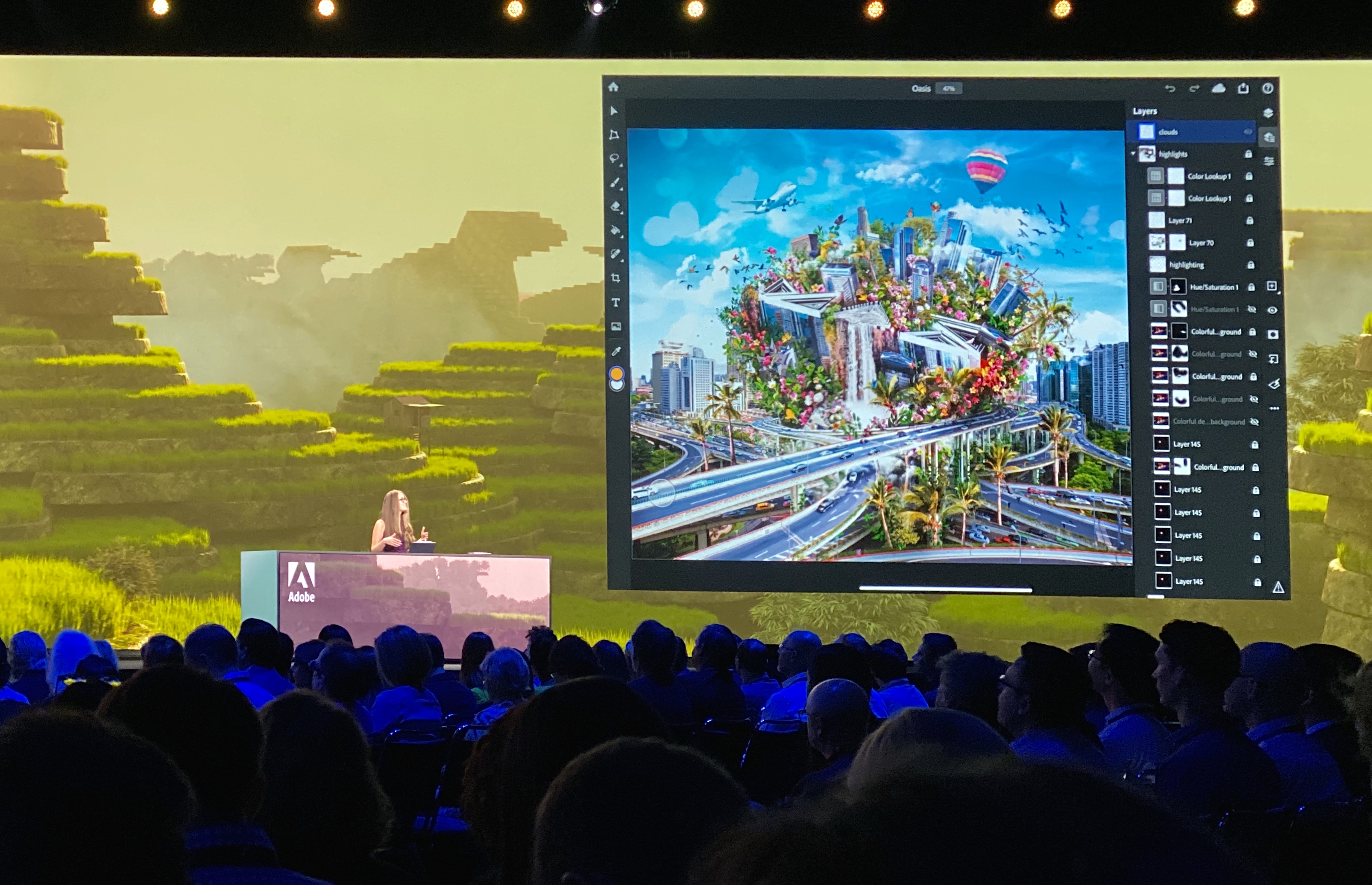 “If people who are skeptical use it, they could be a great voice for us to understand what’s blocking them from using it,” says Jenny Lyell, Senior Product Manager for Photoshop on iPad. “Our intention is to build with the community. If we have people who are highly critical, we want to hear what they have to say, and we want to understand what it’ll take — what’s the threshold for them to have interest here.”

Lyell spoke with an energy and passion for the project that told me how committed Adobe is to its future. Her comments felt genuine, and didn’t sidestep important issues. “Similar to Adobe XD, we are going to release at least once a month. We have multiple customer feedback loops setup so that we’re constantly getting feedback and constantly prioritizing and making sure that what we have out in the market is solid and people love it.” 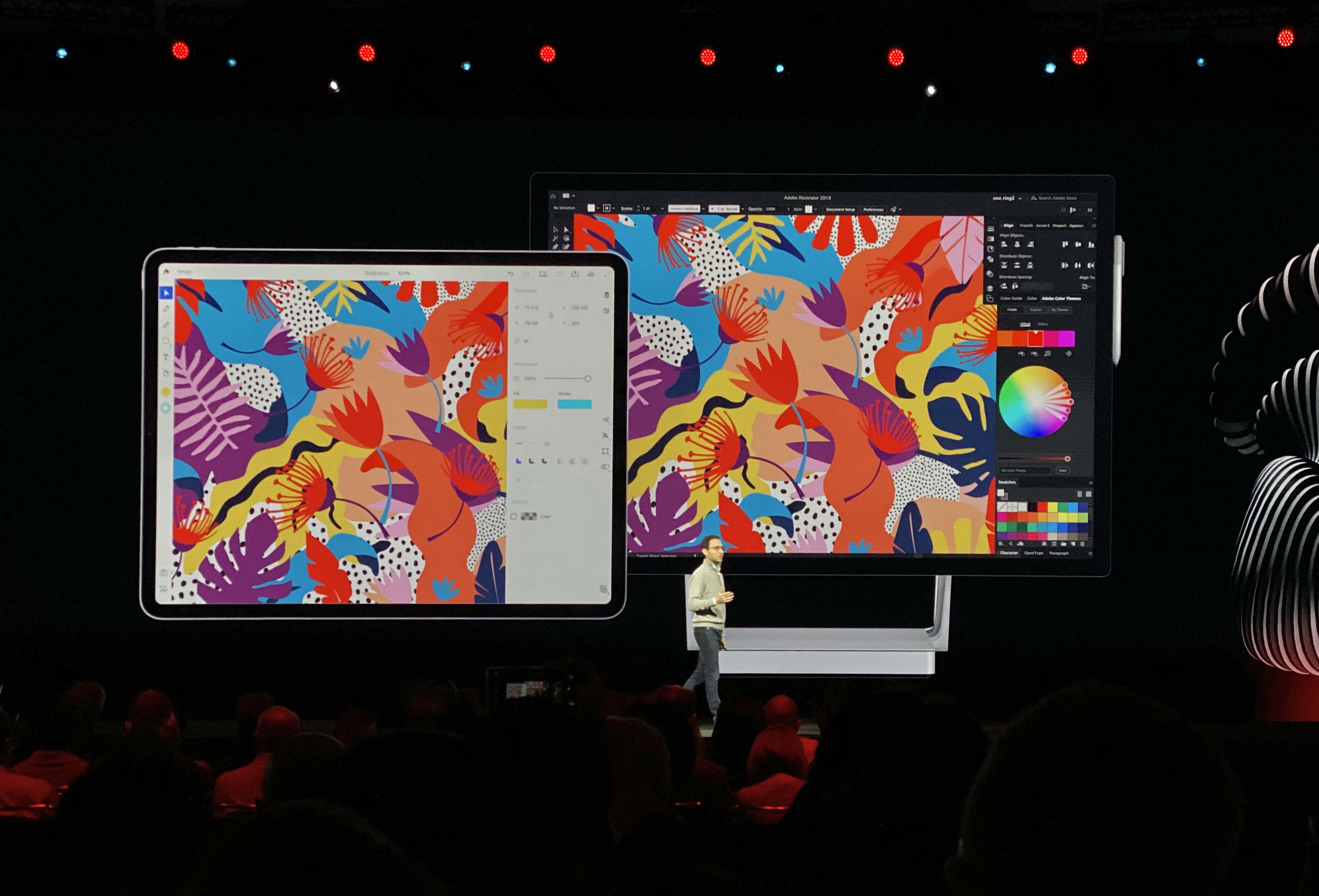 Each team I spoke to at MAX — Photoshop on iPad, Illustrator on iPad, and Fresco — stressed how important customer feedback will be in getting the next generation of creative apps right. “We’re testing with users right now, and we’re really focused on a couple of core [Illustrator] workflows at least to start,” said Eric Snowden, Senior Design Director at Adobe. “We’re looking at logos and icon creation and graphic design — sort of the core base of Illustrator. We want to make sure we get those right first because a lot of other disciplines stem from those.”

Like with Photoshop, Illustrator on iPad won’t be feature complete on day one. Adobe is rebuilding Illustrator’s interface from the ground up for touch. Snowden says a major part of the new interface is to progressively disclose complexity as users request it, rather than overwhelming from the start. All documents created between the desktop and iPad will be shared nondestructively, without expanding objects or losing data in the process. 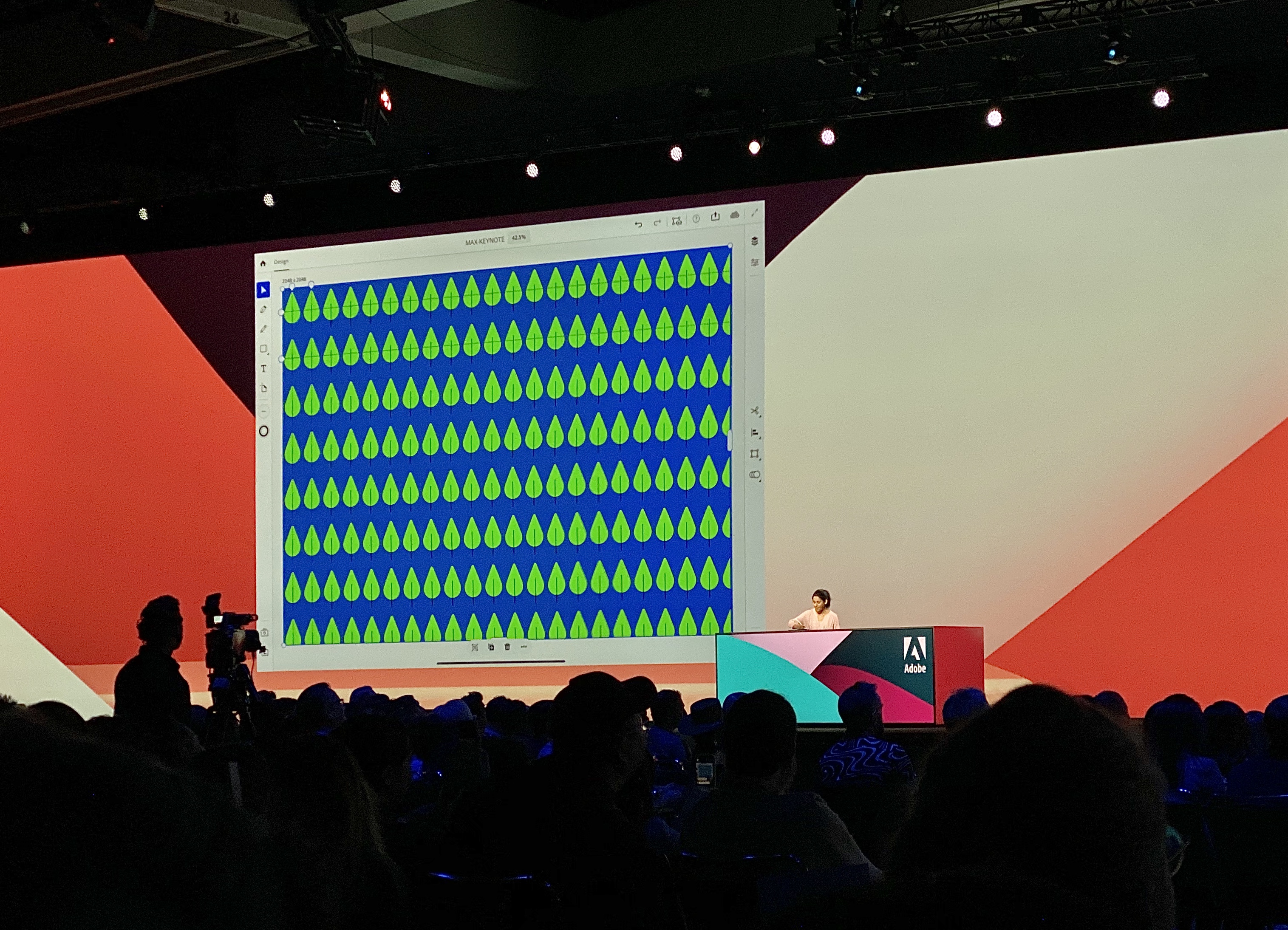 Inside Adobe, the Illustrator on iPad team is working on features like a type tool that can turn outlined characters back into their original font. Illustrator on iPad’s pen tool has been re-engineered with new behaviors that make sense when used with an Apple Pencil. Snowden says these solutions were developed in response to real user problems. Feedback is key to understanding which problems are most pressing.

Fresco, too, has been a joint effort. The painting and drawing app launched in September and kicked off with a month-long collaboration between Adobe, Apple, and The Big Draw at Apple Stores around the world. “We’re building with the community,” says Kyle Webster, design evangelist and brush designer at Adobe. “We’ve been really upfront about how transparent we’re being about what we’re doing. We want to let people know what’s coming. Right now in the app you can see a number of things that we’re working on.” 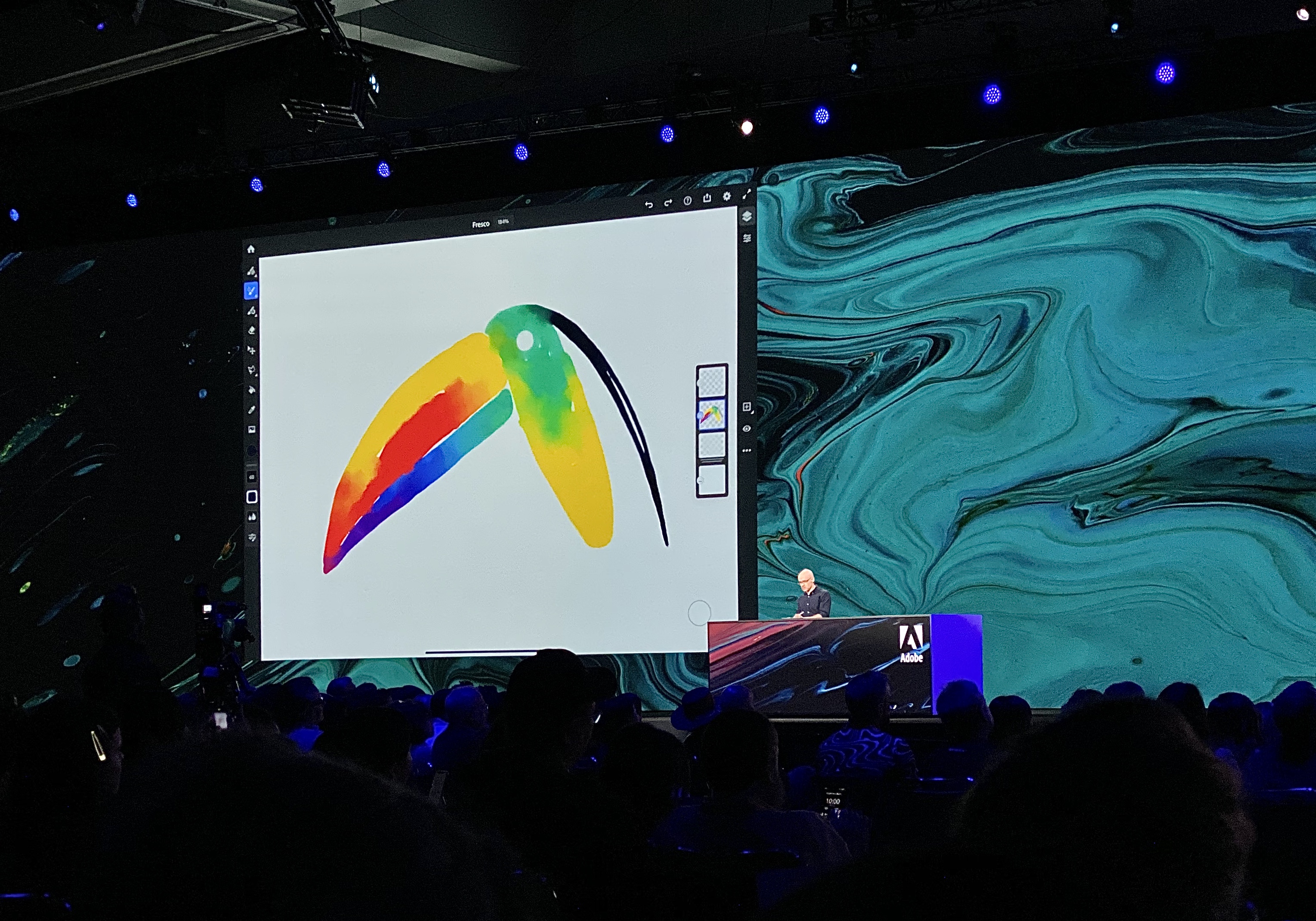 Webster says Fresco’s collection of live brushes will at least double in the next calendar year, and include a palette knife for oils, thanks to user requests. The designers responsible for Fresco, Photoshop, and Illustrator all collaborate closely on what’s coming next. “A lot of this is shared design practice across the different mobile apps,” says Lyell. “We want to make it consistent, because quite frankly if you are wanting to use Fresco and Photoshop, you want to know the same stuff is generally the same location.”

As Adobe’s pro iPad apps evolve, features from the mobile versions may inform the desktop, too. Photoshop on iPad’s gaussian blur effect displays with a live preview filling the screen. Lyell says her team wants to eventually bring the same behavior to the desktop.

“We want to use [the iPad] like a sandbox to see if desktop users want something, because we know there’s many desktop users who are very particular about changes being made. But the beauty is that it’s the same shared code base. We are being intentional with every feature that we bring. If you had 15 selection tools that developed over 30 years, we want to give you just the best. We want to go through an audit, literally, of all the 10,000 features. We can’t just blindly put everything in. Non-destructive by default is a philosophy that we want to continue, figuring out how to push the limits so that we are saving users a lot of time.”