Hands-on: Adobe Fresco is the most realistic tool for iPad illustration 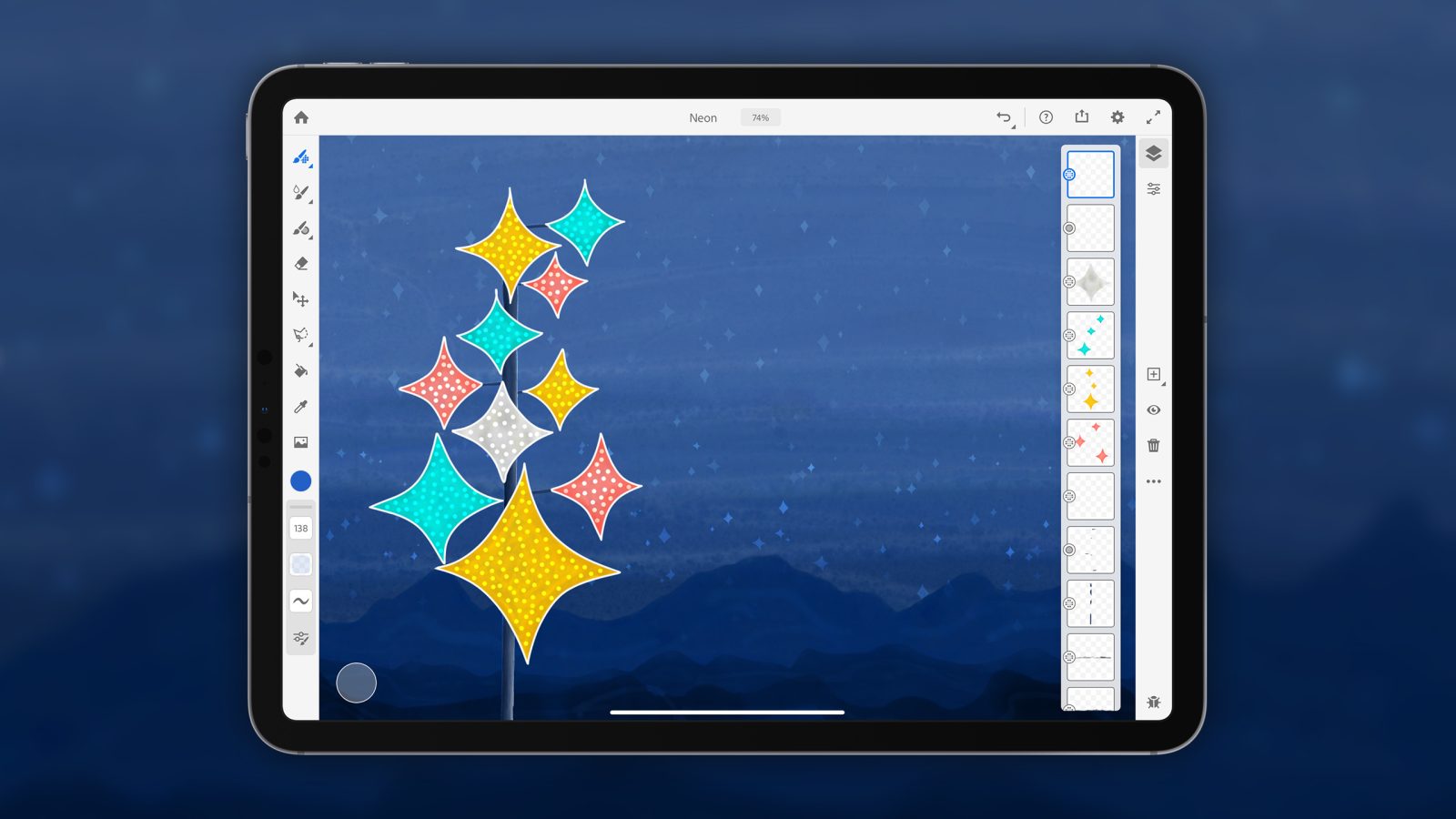 There’s no shortage of iPad creativity apps on the market today, but Adobe wants to prove there’s room for at least one more. Adobe Fresco is a new tool for iPad illustrators promising a truly organic drawing and painting experience that accelerates workflows across multiple devices. I’ve been testing the app to see how natural it feels and how it compares to other tools, including Adobe’s own existing apps.

Last October at Adobe MAX, Adobe previewed a new application codenamed Project Gemini. Announced alongside Photoshop on iPad (still arriving later this year), Gemini was the seed of what has become Adobe Fresco. Shaped by a group of professional artists known as the Gemini 10, Adobe refined Fresco’s design and workflows over the past year. We discussed iPad illustration and Project Gemini with Gemini 10 member Tracie Ching earlier this year.

Approaching a public release, Fresco is now in the hands of beta testers. I’ve been documenting my experience — and hiccups — along the way. A specific release date hasn’t been announced yet, but the application is still on track to launch on the iPad later in 2019. Other platforms and devices will be added in the future. For now, you’ll need an iPad Pro, iPad Air 3, iPad mini 5, or fifth and sixth-generation iPad running iOS 12.4 and later to use Fresco. You’ll also want to use an Apple Pencil, however it’s not required. 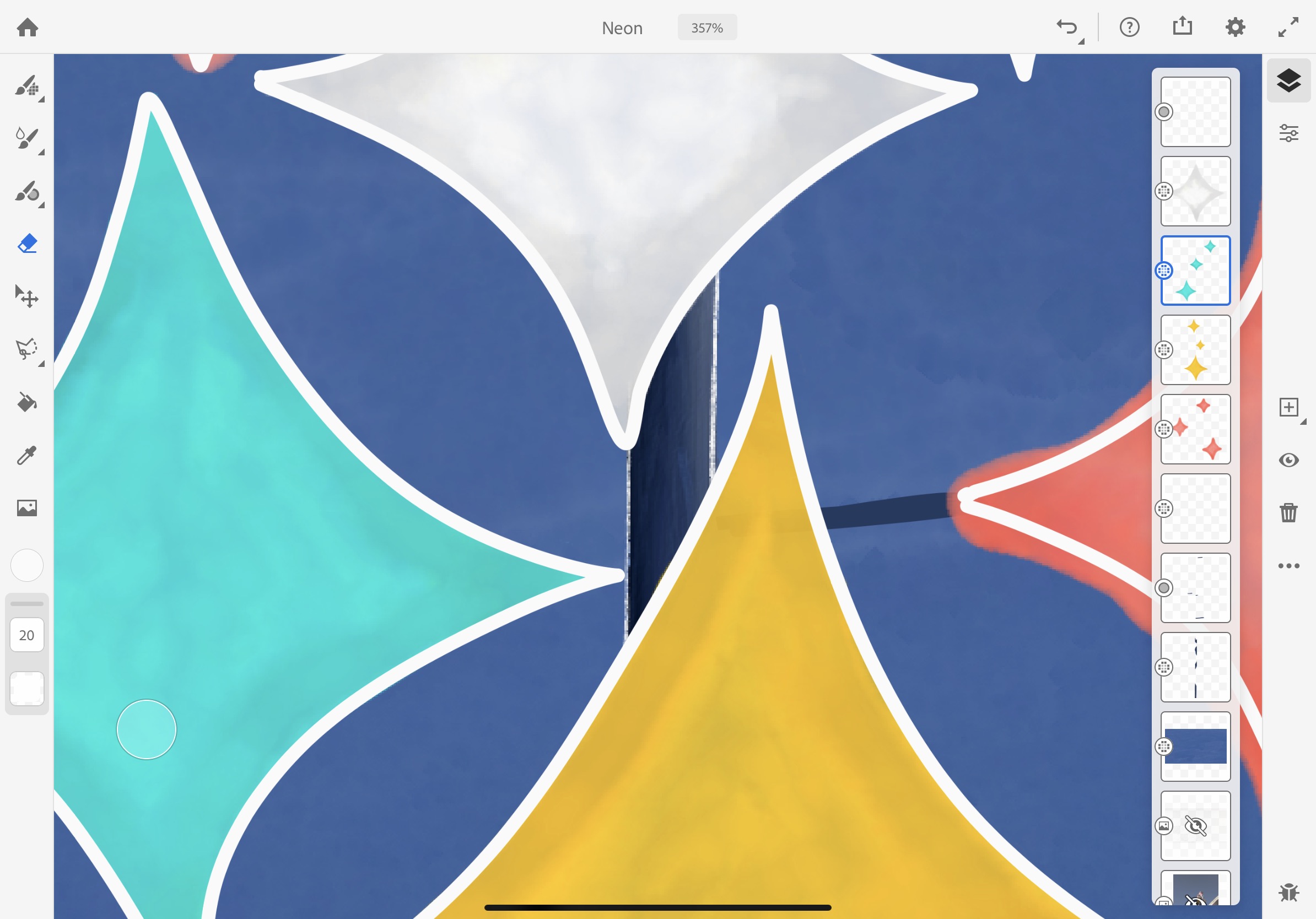 Fresco’s most notable feature is its combination of raster, vector, and Live Brushes in one seamless interface. Existing Photoshop brushes can be imported and used right alongside new live watercolor and oil brushes. Each type of brush commands separate layers that can be reordered and placed in the same document. You can even export a Fresco document as a PSD file and adjust it further in Photoshop on the desktop.

Adobe says Fresco is built with a wide audience in mind. Professional creatives and novices alike should feel at home. Getting started tutorials and inspiration from Behance are there to help if you get stuck. As a desktop Photoshop user, I found Fresco’s interface immediately familiar and understandable in a way that other iPad drawing apps weren’t. I didn’t have to spend time learning the interface before jumping in. 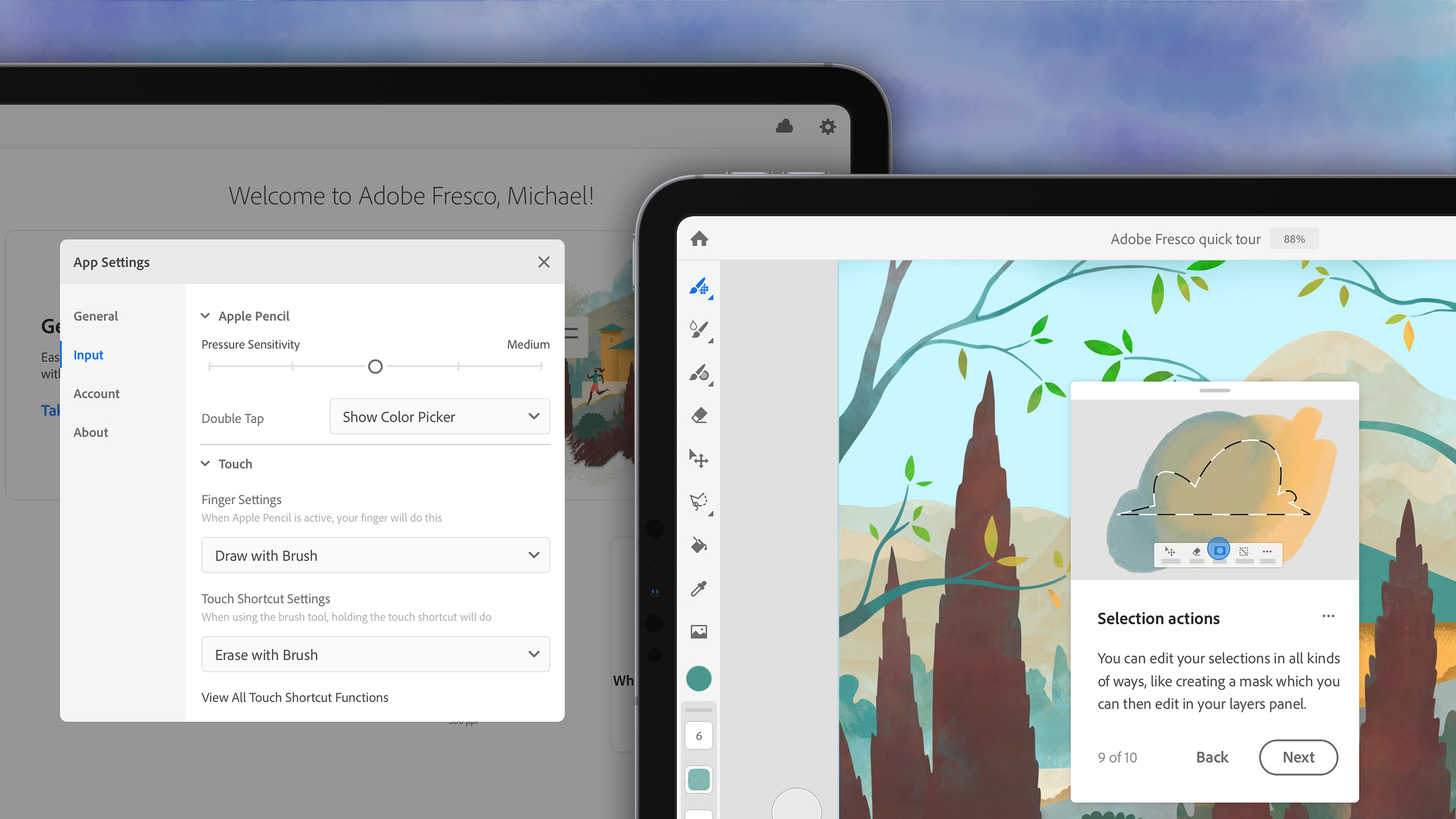 At the same time, Fresco’s UI feels tailored to the iPad with a refined set of tools built for touch. There are no legacy carryover features. A movable Touch Shortcut button borrowed from the upcoming Photoshop on iPad enables quick secondary actions like erasing. Fresco’s brush settings pane can be detached from the main interface, and the layers list can be hidden with a tap. Fullscreen and dark modes are supported.

If you’re used to existing Adobe apps on iOS or other popular third-party tools, you’ll find Fresco surprisingly different. Adobe Illustrator Draw focuses exclusively on vector tools. Adobe Photoshop Sketch delivers a distinctively mobile experience. Apps like Procreate have significantly more features, but a steeper learning curve that keeps me from doing what I want to do — draw. 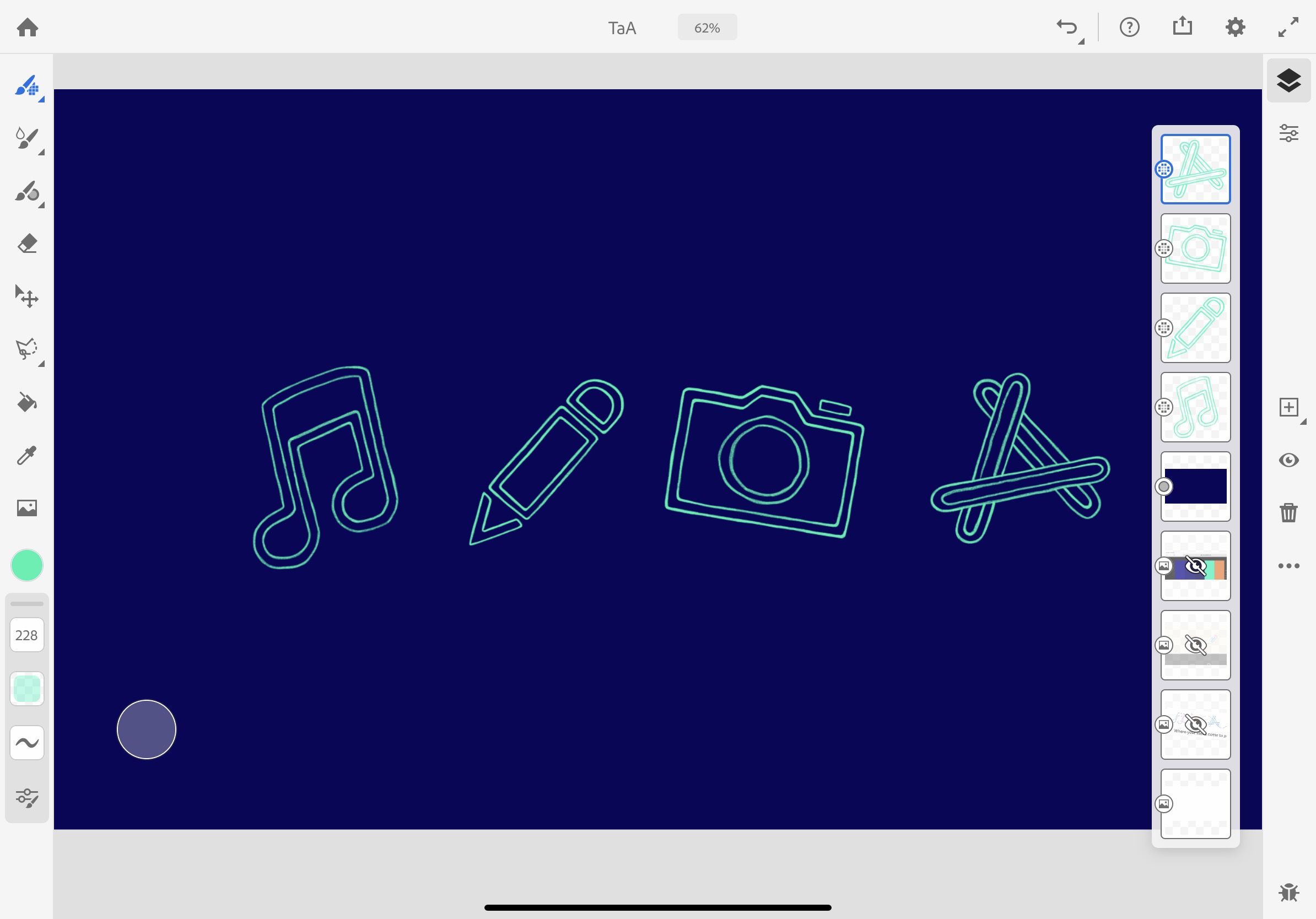 If you’re using Fresco for technical drawing or complex compositions, you might run up against its limits fairly quickly. There are no rulers yet, for example. But for freehand painting and illustration, Fresco can’t be beat. When using Live Brushes, I stopped thinking about the fact that I was using an app and started focusing on the physics of the paint itself.

The realism of Live Brushes is hard to overstate. Watercolor strokes mix together fluidly and oil paints stack and smear to texture your canvas with complex color blending. I hope Adobe adds more Live Brushes in the future because it’s the only way I want to paint in Fresco.

I don’t have a large collection of preexisting Photoshop brushes, but I was able to download and import new brush packs from Adobe’s Kyle Webster easily. I also tried creating and importing my own brushes using Adobe Capture in combination with Fresco for brush design. The roundtrip process worked seamlessly.

As much as I enjoy Fresco today, there’s a reason it hasn’t been released to the public yet. I ran into a number of show-stopping bugs that prevented me from saving my work. In a few cases, I lost previously complete drawings. These issues broke the illusion of illustrating with real brushes and paint, so I hope they get ironed out before release. 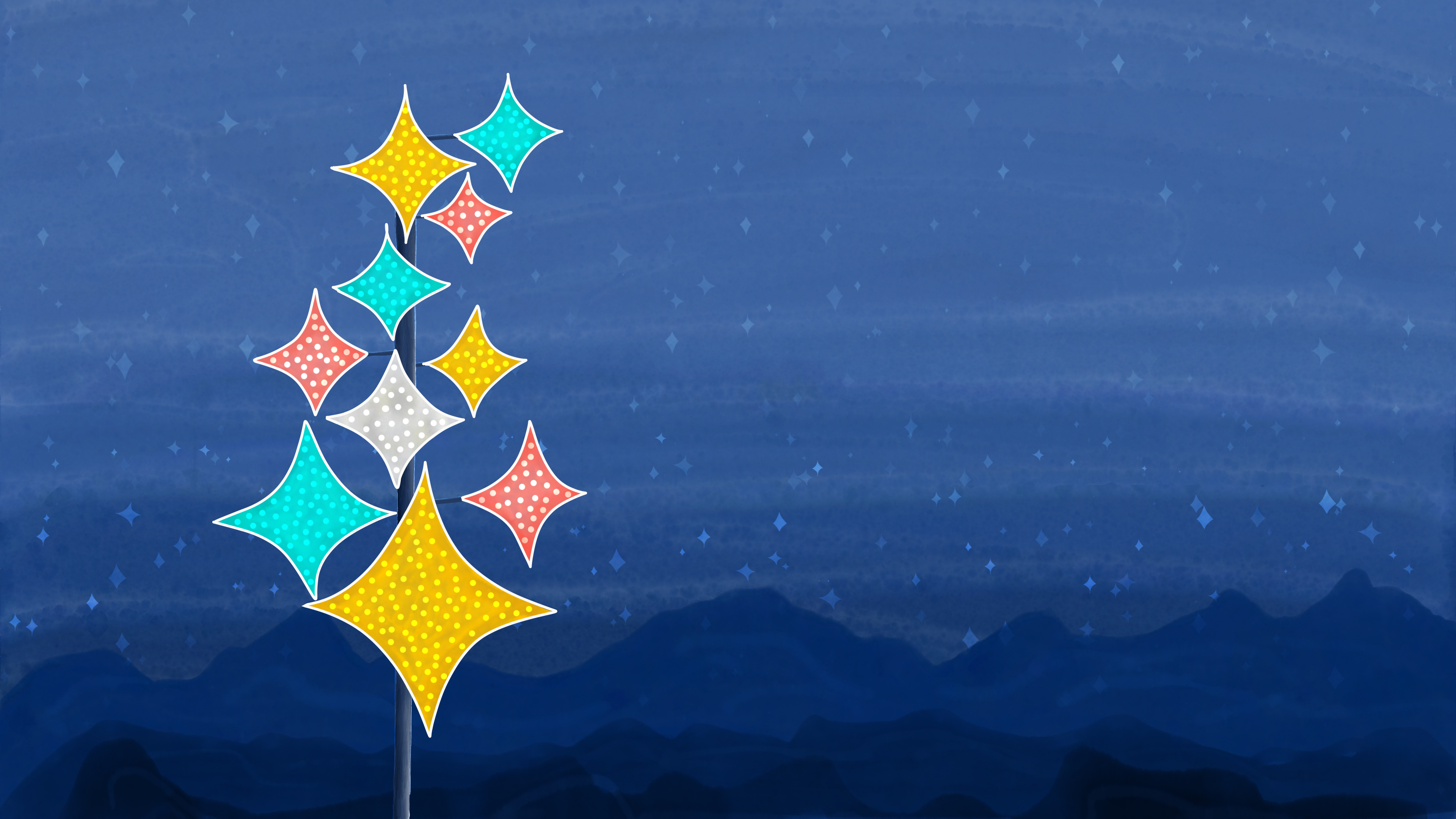 The simplicity of Fresco’s UI also gives me hope that there is more room left for additional features. It would be easy to upset the balance between elegance and capability, but I think Adobe needs to build out a more robust toolset before most iPad illustrators can fully commit to Fresco as their only drawing app. Brushes are only part of the story.

If you’re already part of the Creative Cloud ecosystem and enjoy the iPad, I’d encourage you to try Fresco as soon as it’s available. At the very least, it can become a companion to your existing workflow. I’d also encourage you to try out Fresco if you’re already committed to iPad illustration but loyal to other apps. Live Brushes are more than a novelty and need to be used to be fully appreciated. 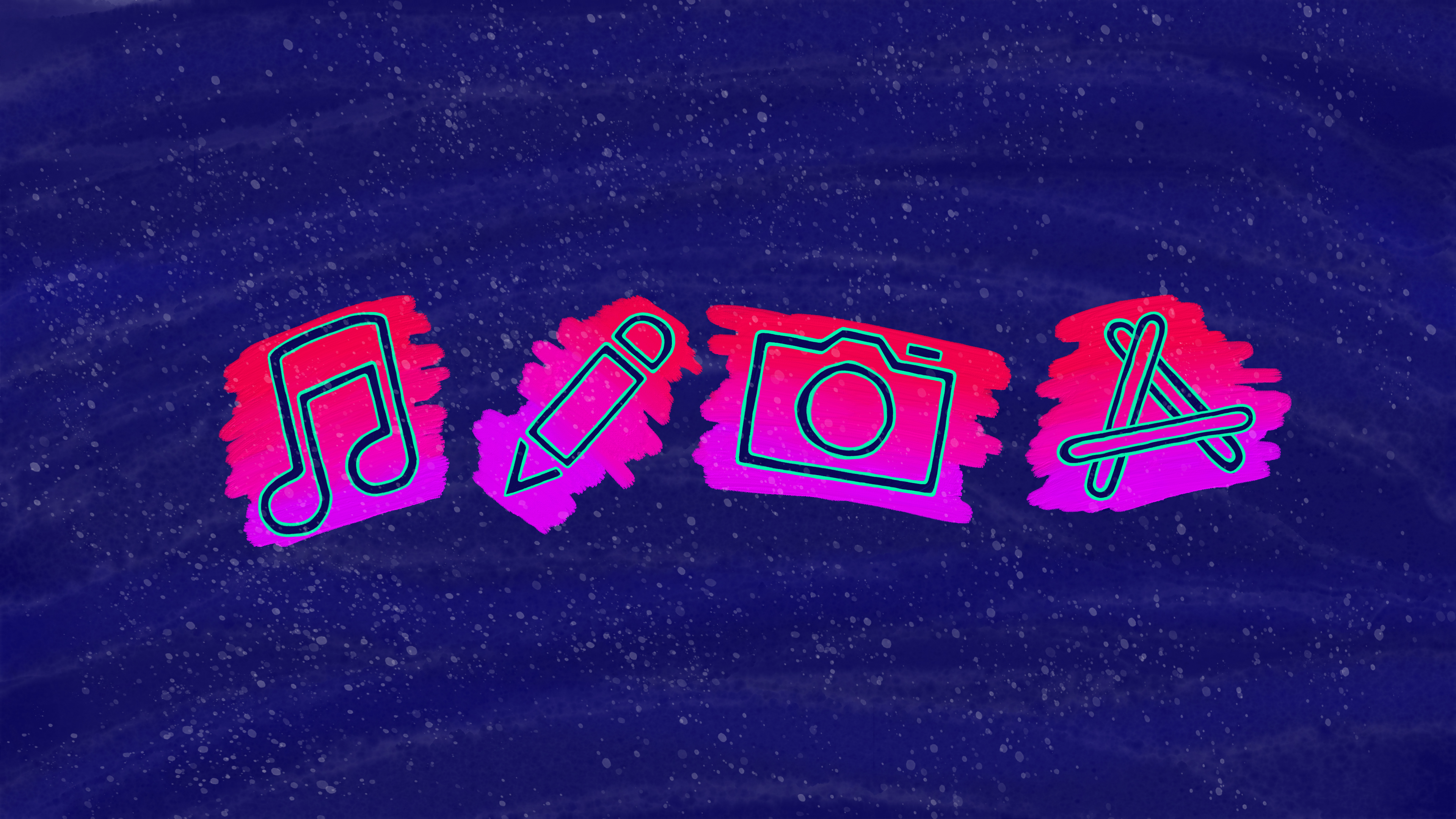 New to iPad illustration altogether or coming from the world of traditional painting? Adobe hasn’t announced pricing yet, but I’d keep the app on your radar. Fresco is easily the most realistic painting tool built for the iPad yet.