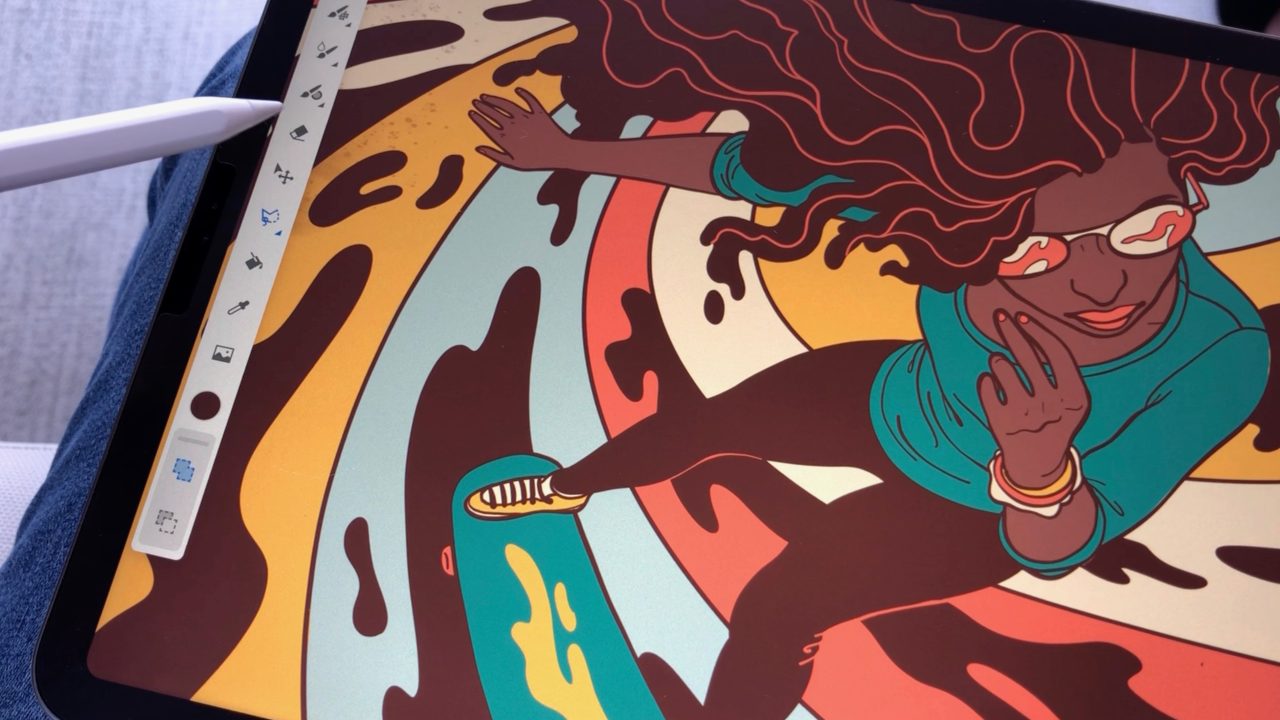 Last year, Adobe demonstrated a new iPad drawing and painting application that it referred to as Project Gemini. This afternoon, Adobe is offering more details on that application, and giving it a real name: Adobe Fresco.

Adobe Fresco will arrive on the iPad later this year. The headlining feature of the app is something Adobe calls Live Brushes. This technology, based Adobe’s Sensei AI platform, mimics real-life oil and watercolor techniques, aiming to recreate how such materials blend together.

The result is Live Brushes, which use the artificial intelligence of Adobe Sensei to recreate the behavior of oils and watercolors in an amazingly lifelike way. When you paint with a watercolor Live Brush, you’ll see the color bloom into adjacent areas of the paper.

Use red and yellow next to each other and they’ll naturally blend into orange at the border. You can even recreate painting with water to dilute some colors and encourage tints to mix.

Through Fresco, artists will be able to a access Photoshop brushes, as well as thousands of other brushes created by artist Kyle Webster. Files save automatically to Creative Cloud, streamlining the process for artists and making it easy to track progress across devices.

Adobe says, however, that despite the power of Fresco, it features a “streamlined interface” that’s accessible to anyone who just wants to draw. “We’re developing Fresco for a broad spectrum of seasoned to novice artists and anyone with the right hardware will be able to draw and paint in Fresco for free,” Adobe says.

Adobe Fresco will be released to the public later this year. You can signup to be a beta tester on Adobe’s website.

Of course, Adobe is also in the process of developing Photoshop for the iPad. Last month, Adobe opened beta signups for Photoshop on the iPad. It’s still unclear when the app might be released, though.