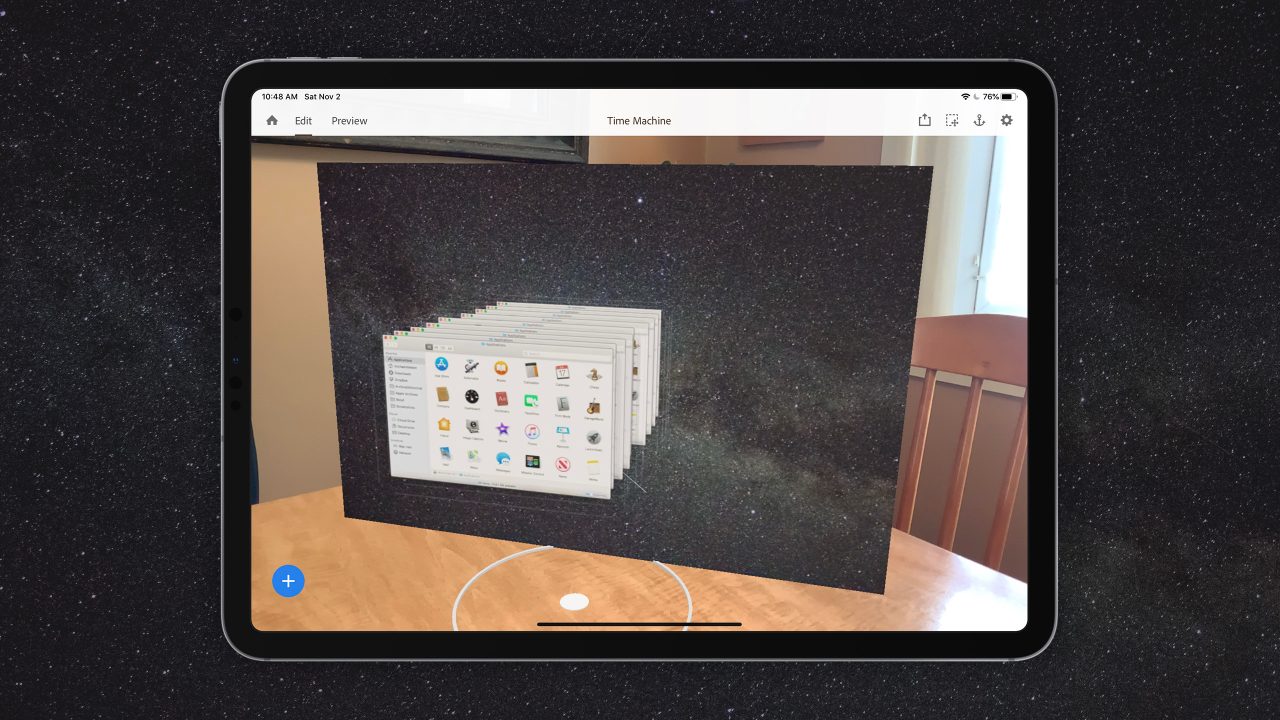 Augmented reality has captured the excitement of tech companies and the creativity community, but a lack of approachable tools for creating AR content has slowed its growth and widespread acceptance. For AR to be as transformative as we’ve been promised, something has to change. Adobe thinks the answer is Aero, its new AR authoring tool debuting today on iPads and iPhones.

What is Aero? It’s hard to describe. Aero is a way to view your Photoshop documents in augmented reality. It’s a platform for creating interactive scenes with 3D objects. It’s a tool for publishing USDZ files. Aero is whatever you want it to be. Augmented reality is still a new frontier, and nobody is sure what the best use for it is yet, not even Adobe. But by releasing Aero, they’re hoping to guide the conversation.

If you’ve tried out Apple’s new Reality Composer app in iOS 13, you’ll have a general idea of what Aero is trying to accomplish. The app runs on iOS and iPadOS for now, with Mac support coming in the future. Start a new scene, and you’re taken right into the camera to identify the surfaces around you. 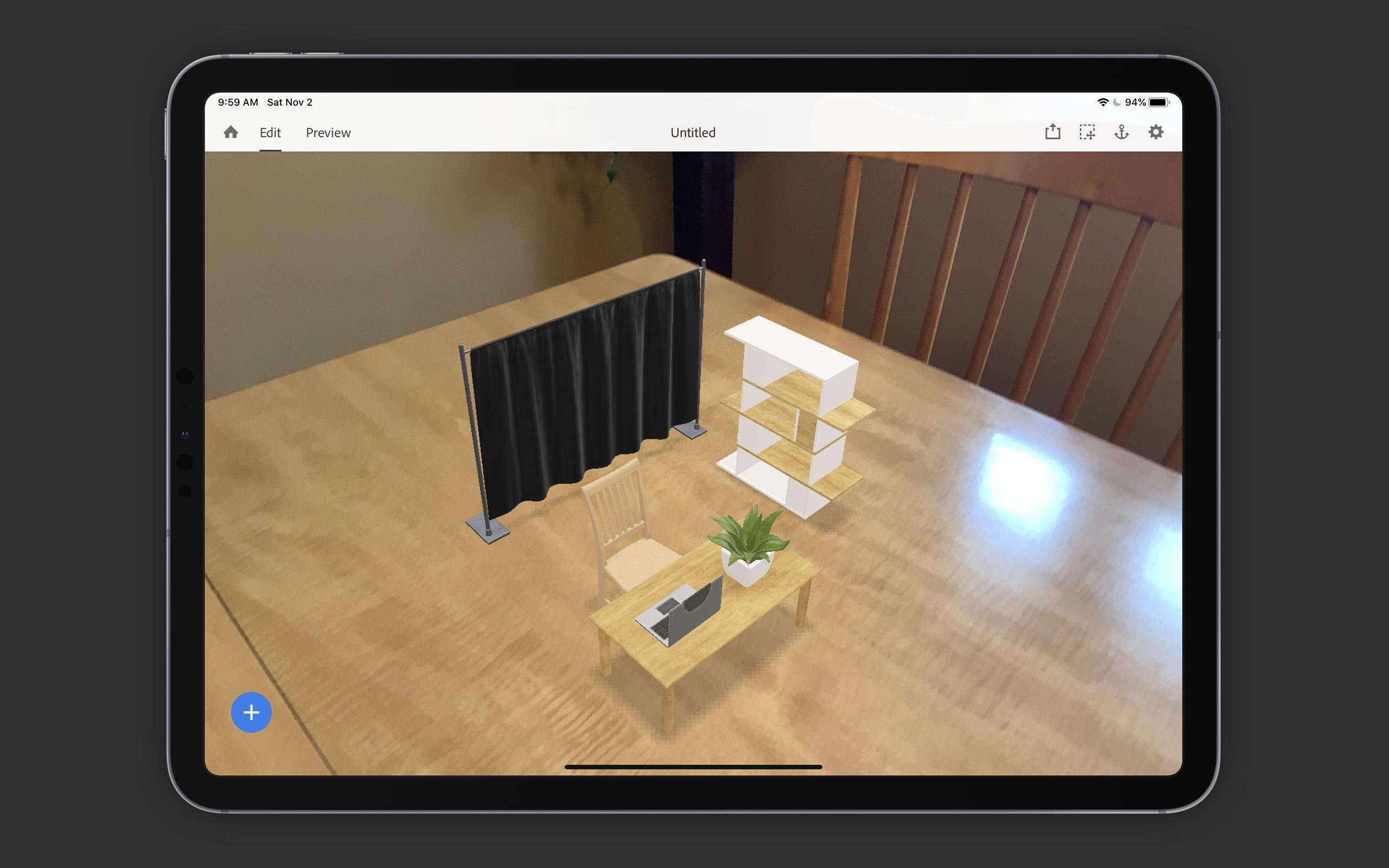 Just like Reality Composer, Aero has a library of pre-built 3D objects you can add to your environment immediately. You can also import assets from Creative Cloud or iCloud Drive. What sets Aero apart is that it accepts PSD files, meaning you can import any existing Photoshop document and see its layers stacked in 3D space.

One of the features Adobe is most proud of in Aero is that the tool doesn’t require coding skills to use. AR experiences are created with a visual UI, and step-by-step instructions are provided. This extends to creating animations by placing objects, shaping their paths, and adding triggers. You can rig objects to animate on scene start, with a tap, or with proximity. 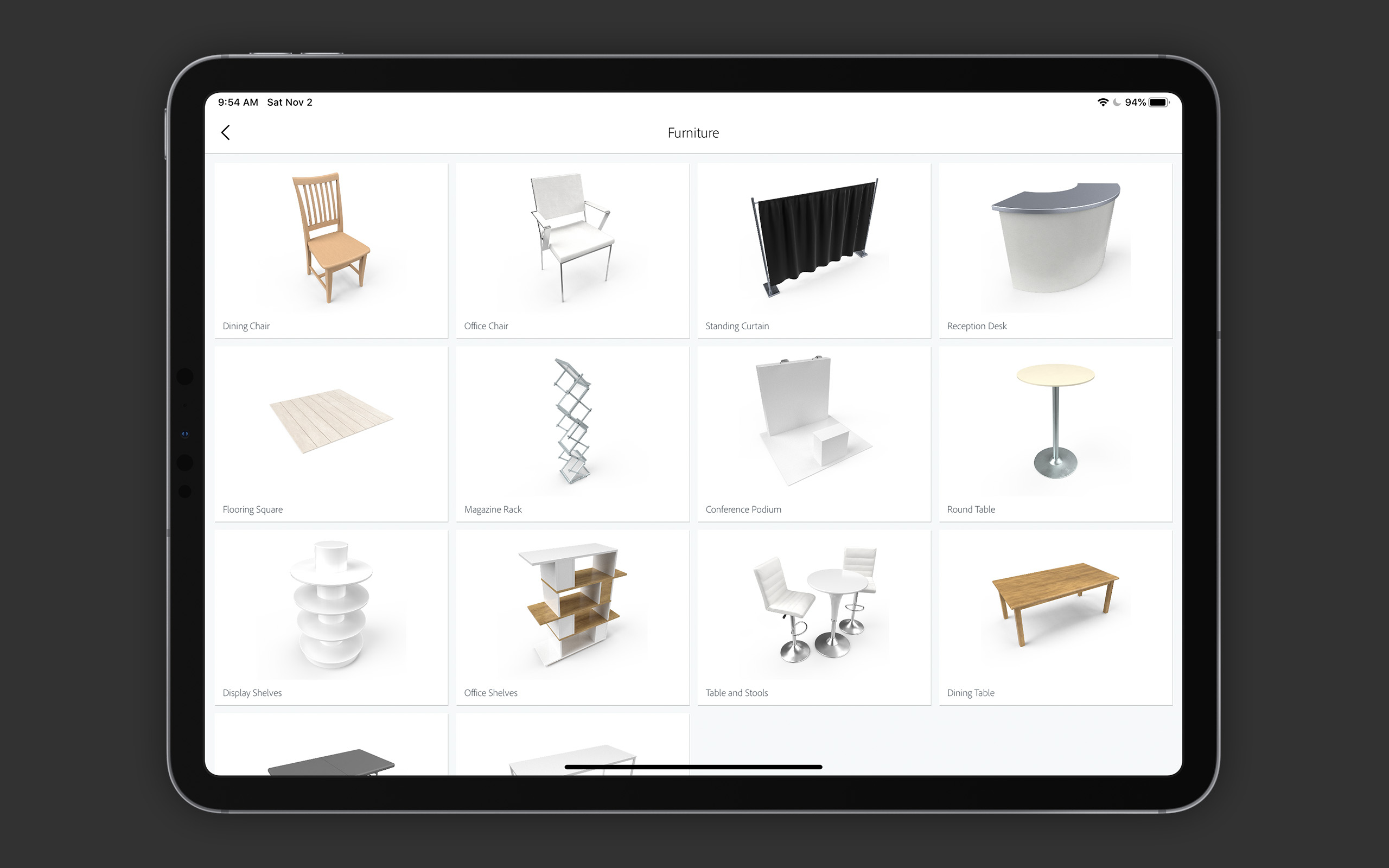 It was easy for me to get up and running with Aero in part because I already have a library of Photoshop documents to explore in AR. The UI felt very approachable. But that comfort came at a price. Even with PSD support, Aero isn’t as powerful as Reality Composer. 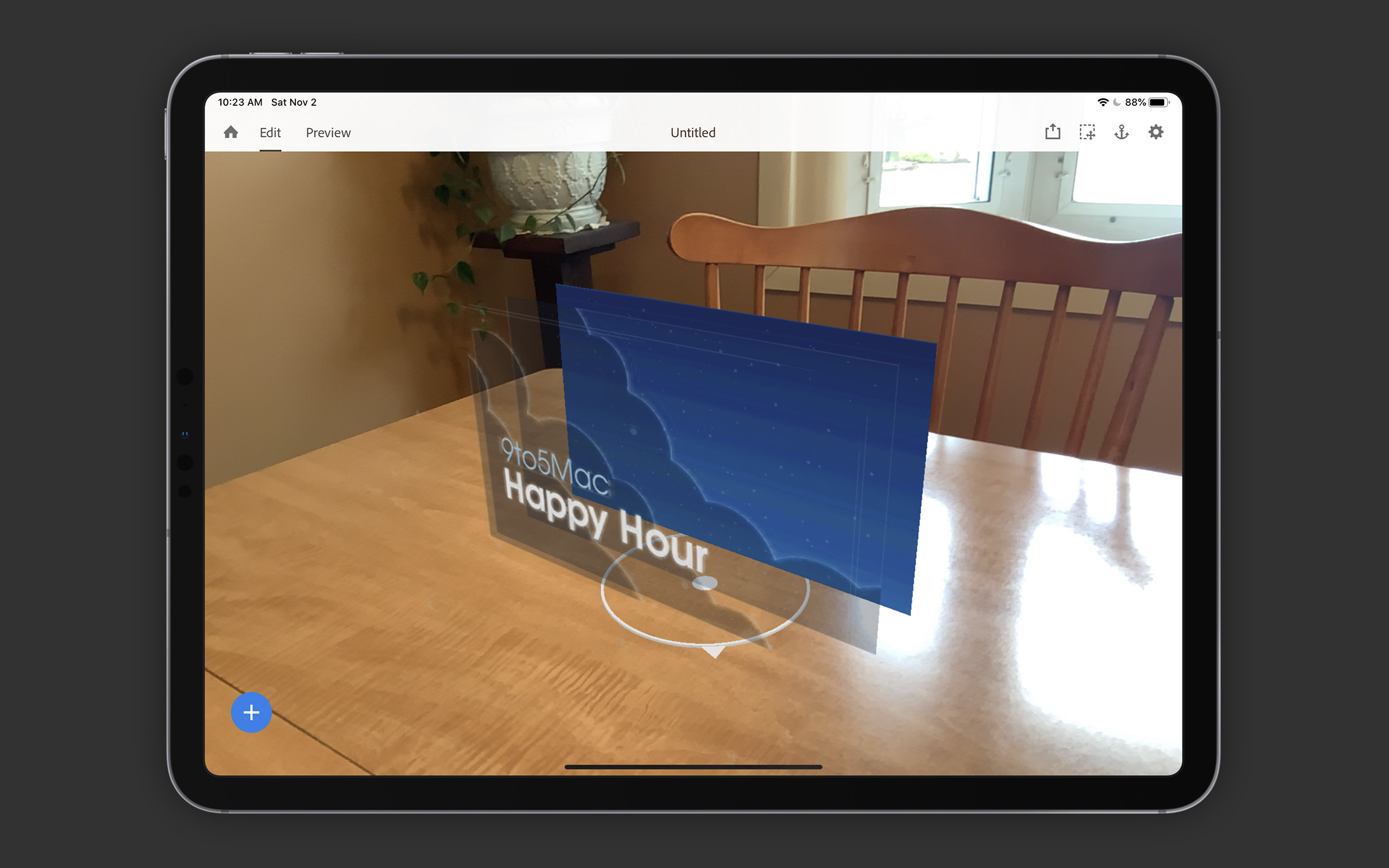 Aero offers less control over 3D object materials, physics, and behaviors. It’s difficult to position objects with precision, and I couldn’t find a way to undo my last action. Imported PSDs were questionably low resolution and appeared without blend modes. You’re also confined to creating a scene while in AR with the camera activated, which could make working in places without wide open surfaces challenging, not to mention battery intensive. Reality Composer lets you build in 3D and then preview in the real world. 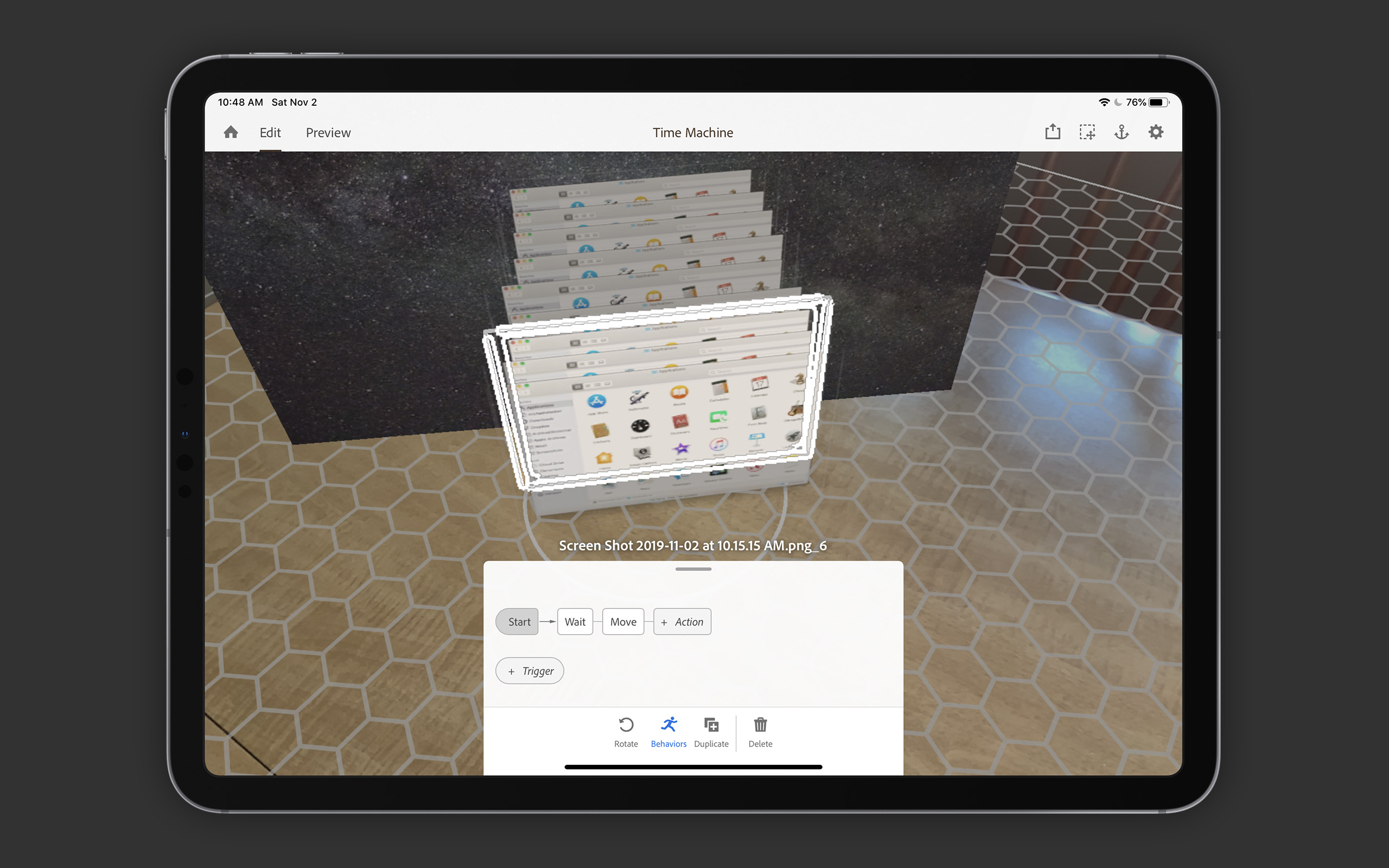 That’s not to say Aero is bad — it’s a lot of fun to see your scenes come to life. I especially enjoyed recreating the classic Mac OS X Time Machine experience with just a few photos from my library. Exporting Photoshop documents as USDZ files is a creative new way to visualize your work, and I think there’s a big opportunity for artists to create illustrations designed first for the parallaxing, multiplane world of AR. 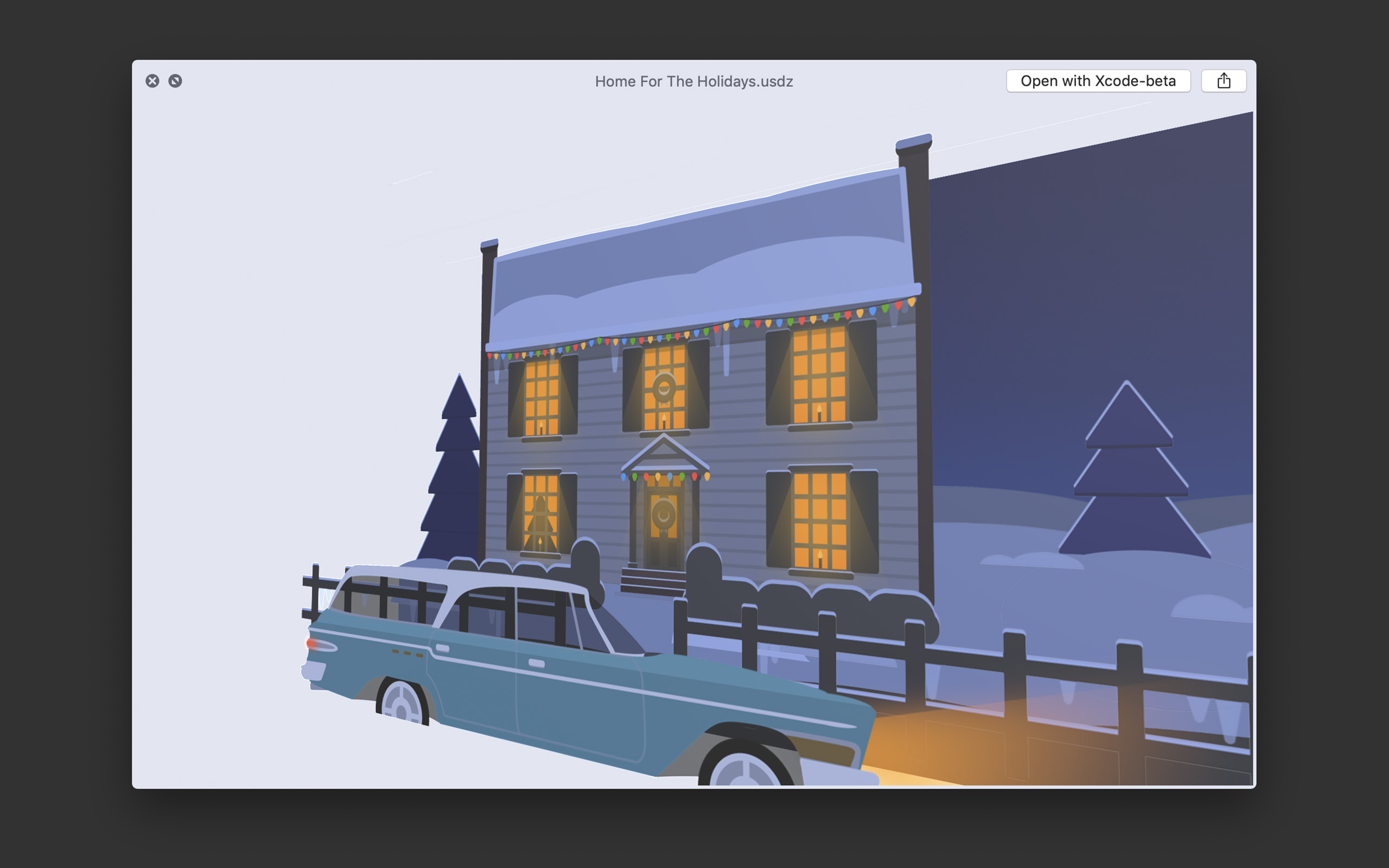 A Photoshop document exported as a USDZ file with Aero.

Adobe says Aero is “still coming together with several hardware and software components.” Even in its early state, the app is still the easiest way for you to get your toes wet creating in AR, even if it’s in a small way.