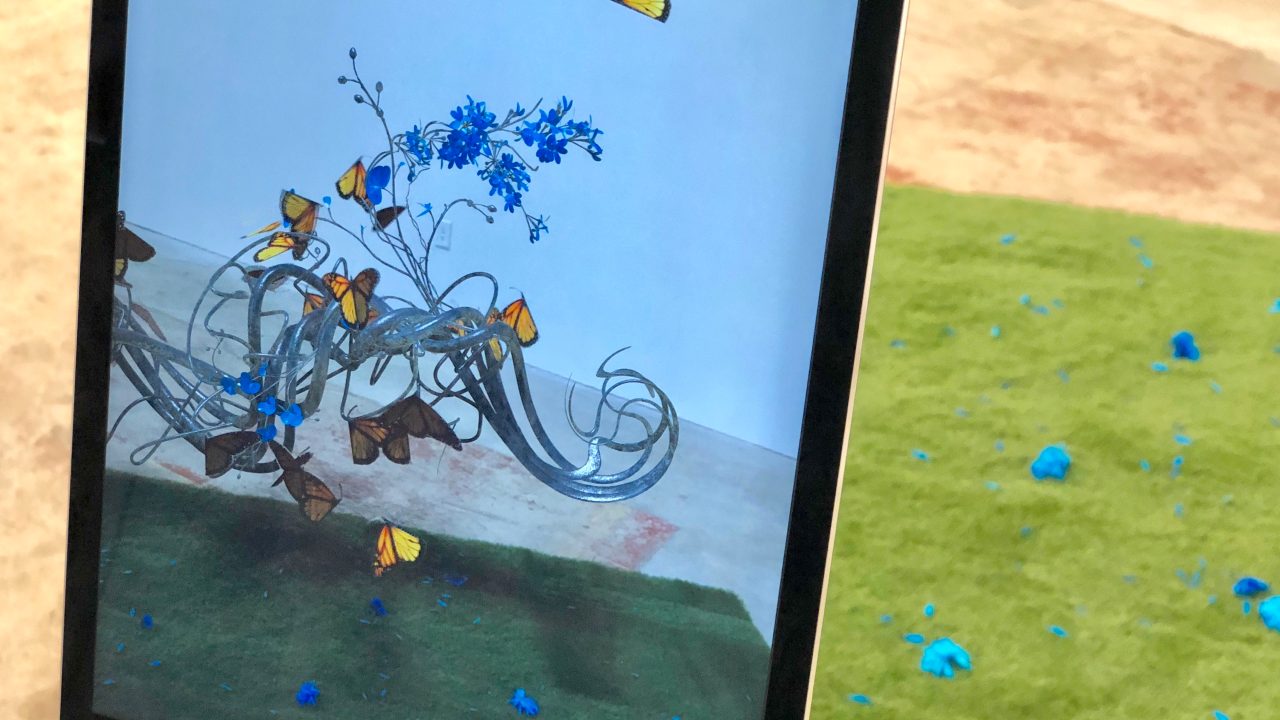 An empty table, a patch of artificial turf, and a room full of tiny, 3D printed beds: not exactly the kinds of displays you’d expect to see in an exhibition about the future of technology and art. But seeing the future sometimes requires a little extra vision – in this case – augmented reality. Adobe is betting big on AR with The Festival of the Impossible, a three-day immersive art exhibition that firmly restates the company’s collaboration with Apple on creative tools and the democratization of technology.

Adobe’s peek at the future was hosted at The Minnesota Street Project, a low profile collection of warehouses in San Francisco’s trendy Dogpatch district. At first glance, the gallery appeared almost empty aside from a few tables and chairs. It wasn’t until the artists displaying their work brought out iPads and turned on projectors that the building came alive. 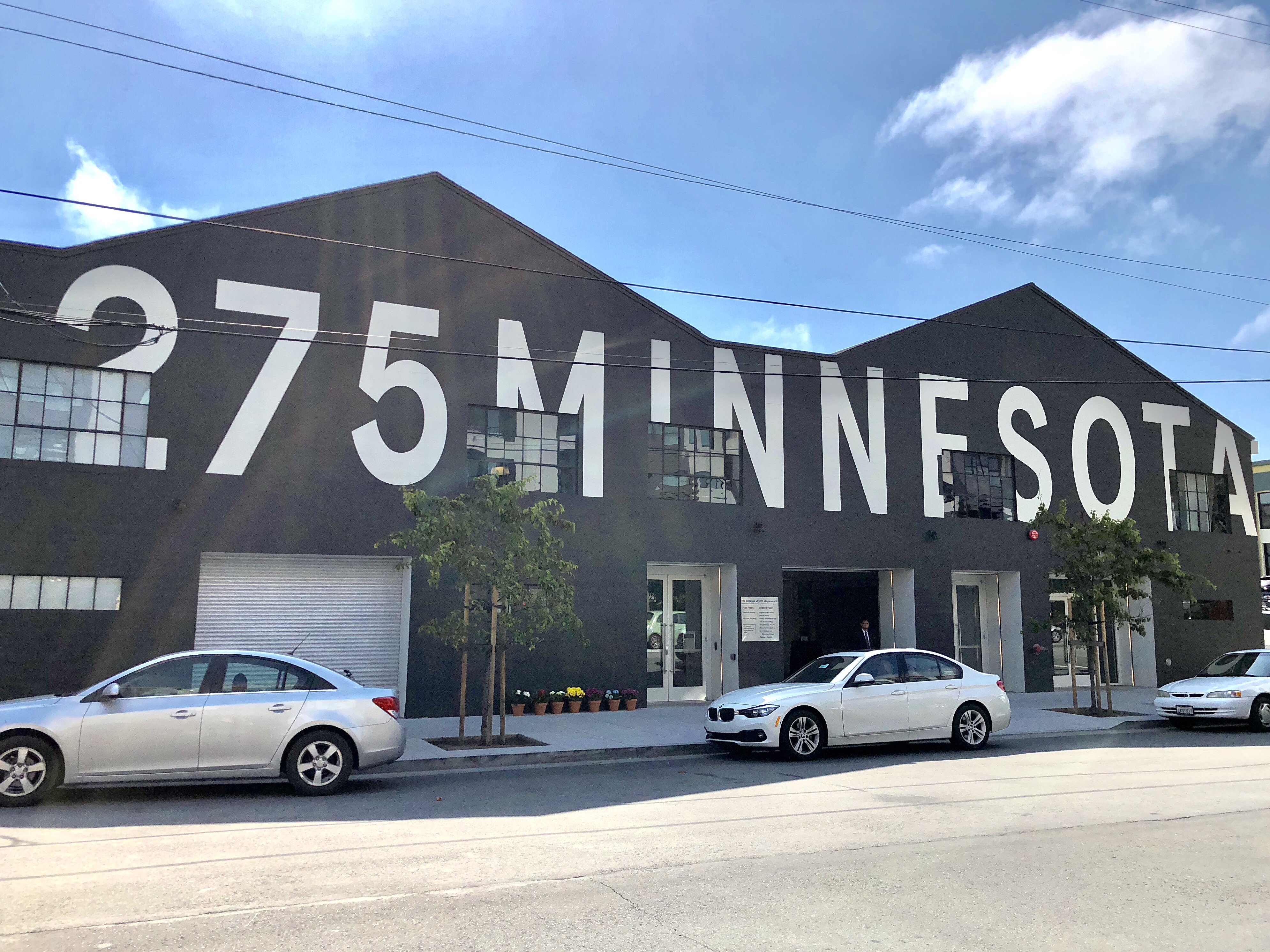 The exhibition comes on the heels of Apple’s WWDC keynote this past Monday, where Adobe CTO Abhay Parasnis took the stage to announce support for the new USDZ file format in Creative Cloud, the company’s application and file syncing platform. Apple, Pixar, and Adobe – the trio of companies backing the format – hope to make it an essential part of creative workflows as developers and artists build content around ARKit 2, the third major release of Apple’s augmented reality platform. ARKit 2 brings features like 3D object tracking, shared experiences, and object persistence.

While the technical details of AR may sound confusing, it’s 3D formats like USDZ that Adobe hopes will free artists from the constraints imposed by technology. In a panel featuring artists and Adobe representatives at The Minnesota Street Project, Parasnis expanded on his vision for the future. Each new creative medium that has come along – the web, smartphones, and now AR – has brought promise of new creative expression he says, but with each platform the tools were initially too time consuming. Adobe is focused on researching how to make creative expression through AR possible without the need to learn sophisticated and heavy technology like gaming engines. 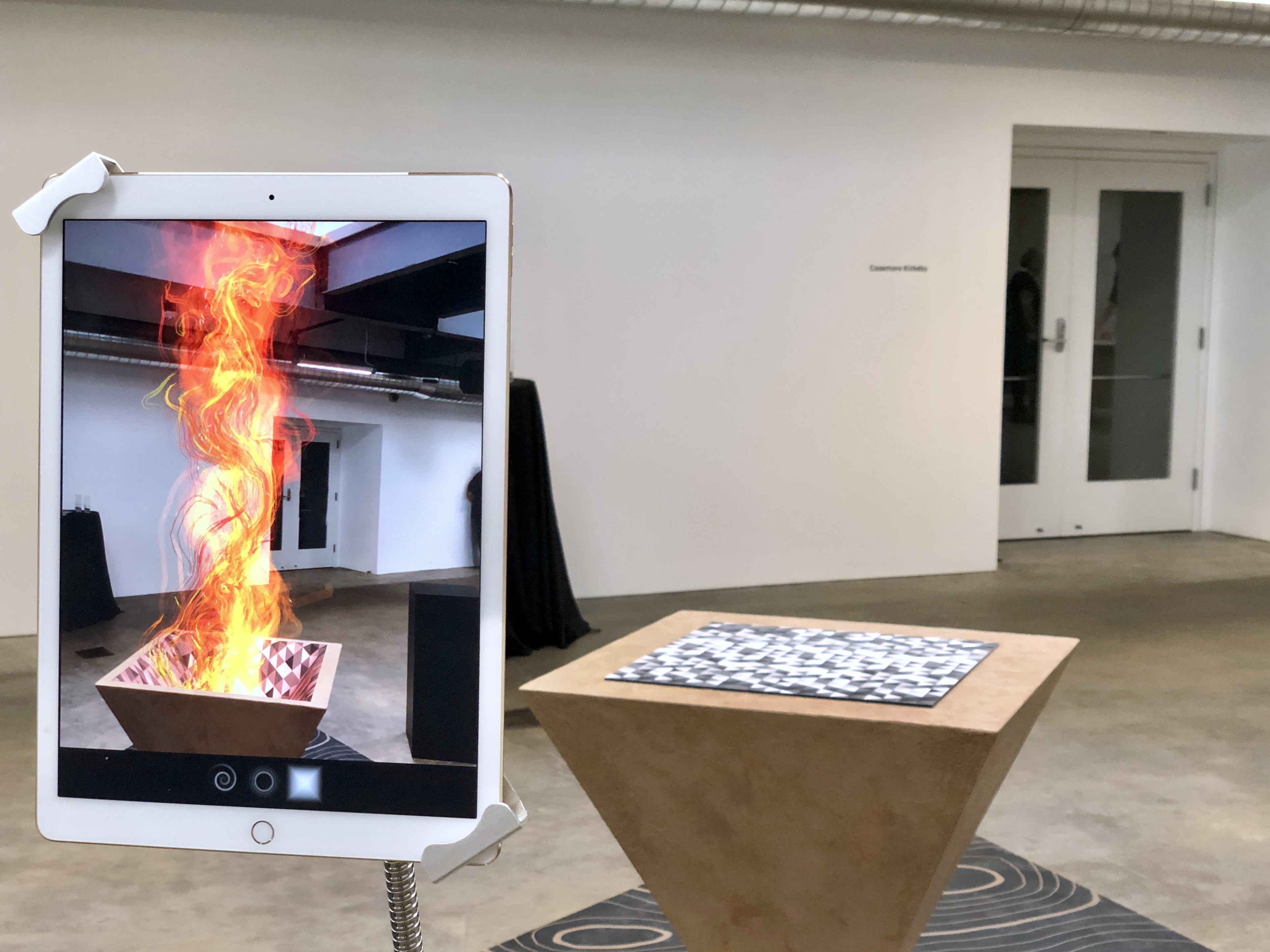 That’s where Project Aero comes in, a new platform announced by Adobe alongside its support for USDZ. Aero will allow designers to use the tools they already know like Photoshop and their own iOS devices to create AR content. At The Festival of the Impossible, I was treated to a wide variety of exhibits showcasing how artists are able to express themselves when technology recedes to the background. In one room, a checkered table was transformed into a fiery cauldron, a torrent of rain, and a virtual wind tunnel. In another, a nondescript patch of artificial turf came to life with chrome branches and butterflies – thanks to Project Aero. 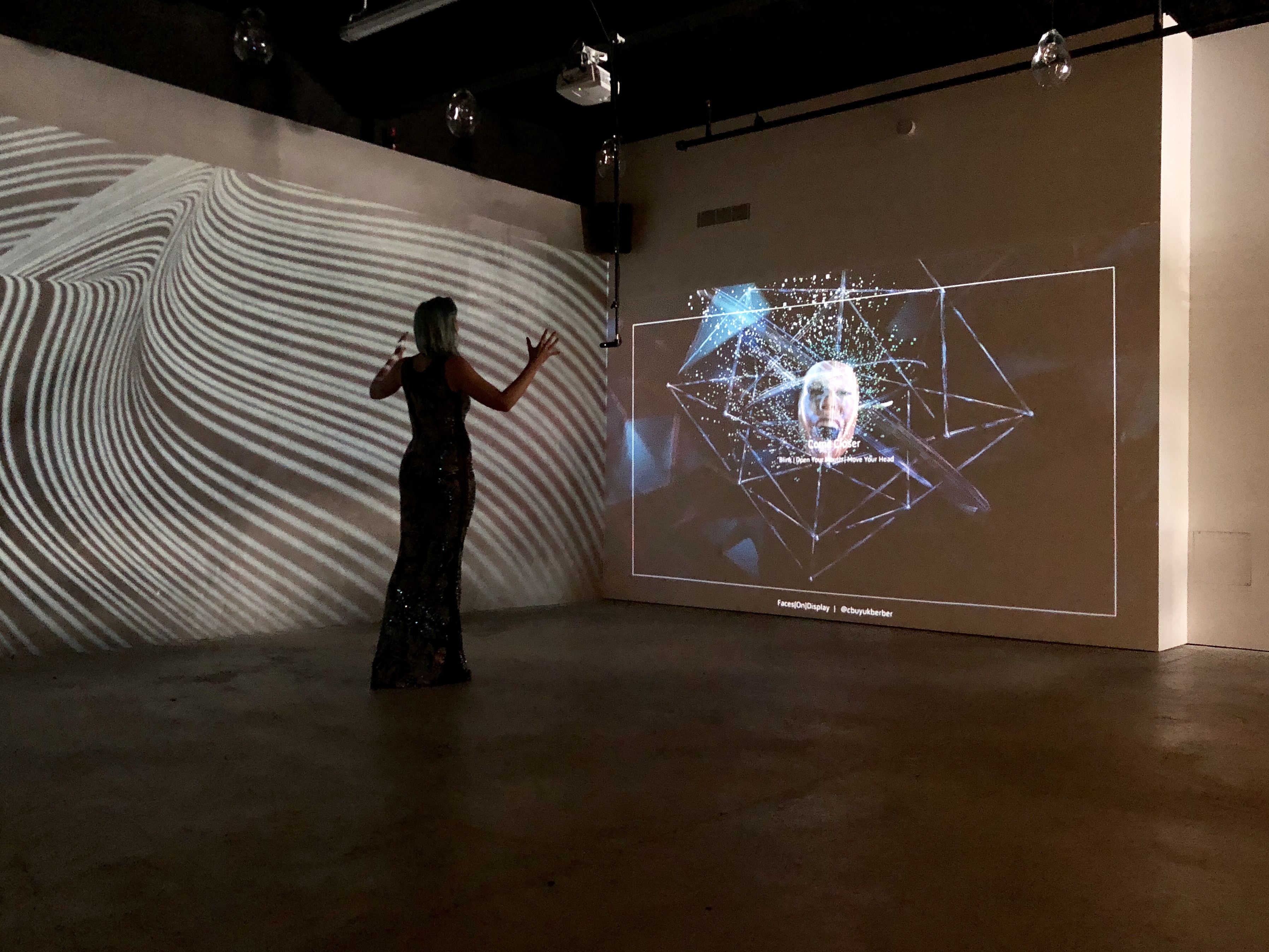 An opera singer performed in front of a projection wall that transformed her face into a twisting mesh surrounded by stunning visuals, and 3D printed bed sets no larger than dollhouse furniture became home to virtual characters through the lens of an iPad. If none of these demos sound groundbreaking on their own, you’re right. But until now, accomplishing them required the expertise of highly trained developers and 3D designers. Adobe’s Stefano Corazza, Head of Augmented Reality, tells me that’s about to change. 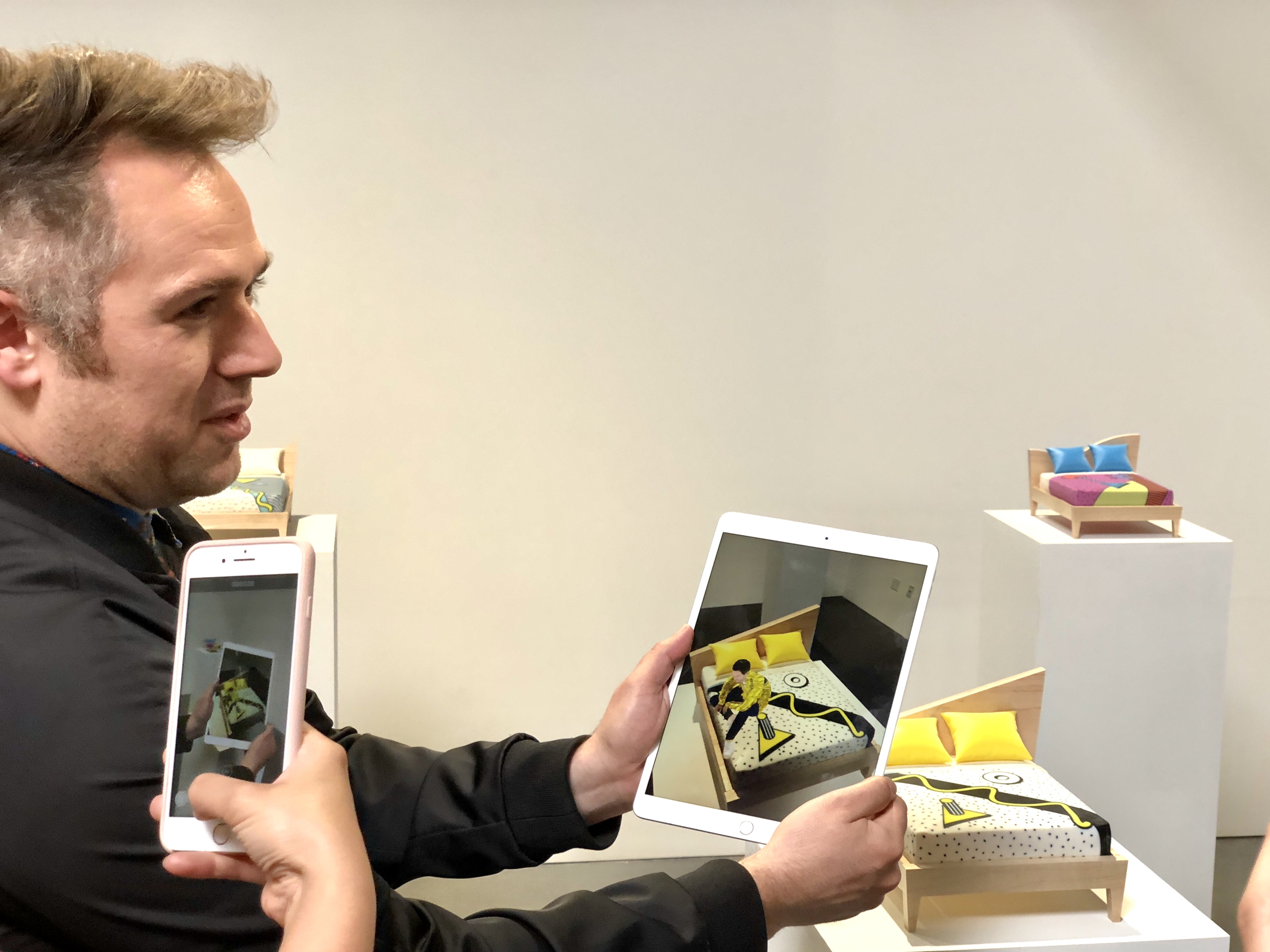 Project Aero will let anyone experience AR creation immediately, he explains. Even users with no background in design at all will be able to choose photos from their camera roll and place them into the real world. The secret to Aero, though, is that it’s a platform, not a single app. Adobe sees the power of the desktop for creation and the high quality cameras in iPhones and iPads for experiencing as complimentary to building a robust AR platform. Aero will take the form of both an app for viewing content and an authoring solution built into existing Creative Cloud apps.

Adobe chose to partner with Apple thanks to the proliferation of iOS devices and the robust format that is USDZ. Over 800 million devices will soon support AR, Corazza says, many of which are iPhones and iPads. The openness of USDZ makes it an ideal solution for authoring ARKit content. 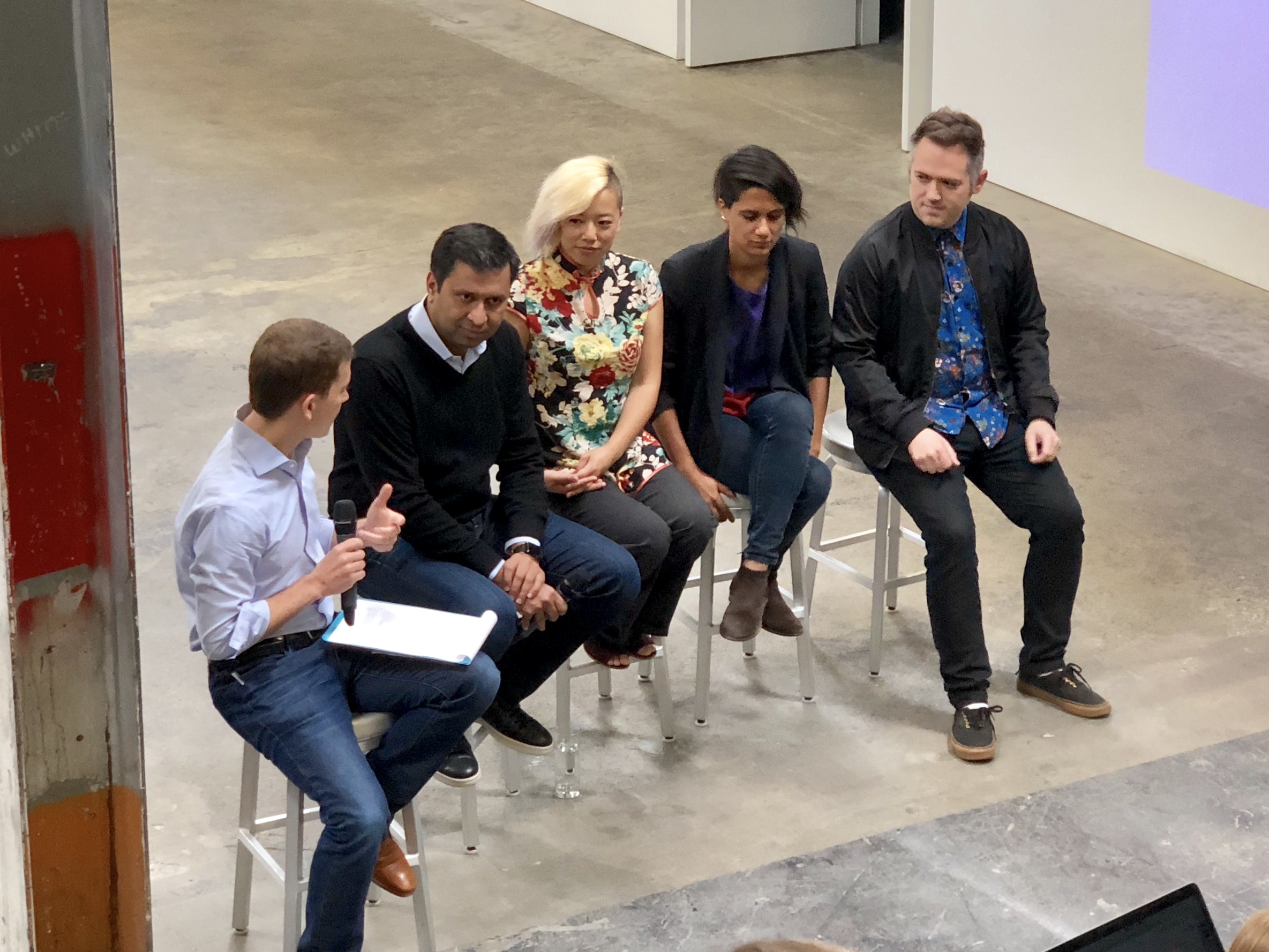 Adobe CTO Abhay Parasnis chats with Behance and 99U community head Will Allen about the future of AR.

Yet, many remain skeptical that augmented reality will take off. Even individuals deeply knowledgable of technical and creative fields have dismissed it as nothing more than a toy. Corazza says that convincing the skeptics will require guidance from the community as to how AR can best be implemented. Parasnis echoes a similar sentiment, saying that people tend to overestimate how quickly AR will take off in the short term, but underestimate just how impactful it will be on a broader scale.

Apple seems to agree. Tim Cook has discussed on numerous occasions that he believes augmented reality will be a profound technology. The continued development of ARKit over a year since its introduction demonstrates that the platform is destined to become more than just a hobby. While a future where AR experiences feel as commonplace as smartphones are today may still be years away, the collaboration between three industry forces – Adobe, Apple, and Pixar – makes it seem a little less impossible.

The Festival of the Impossible is open to the public from June 8-10 at The Minnesota Street Project.