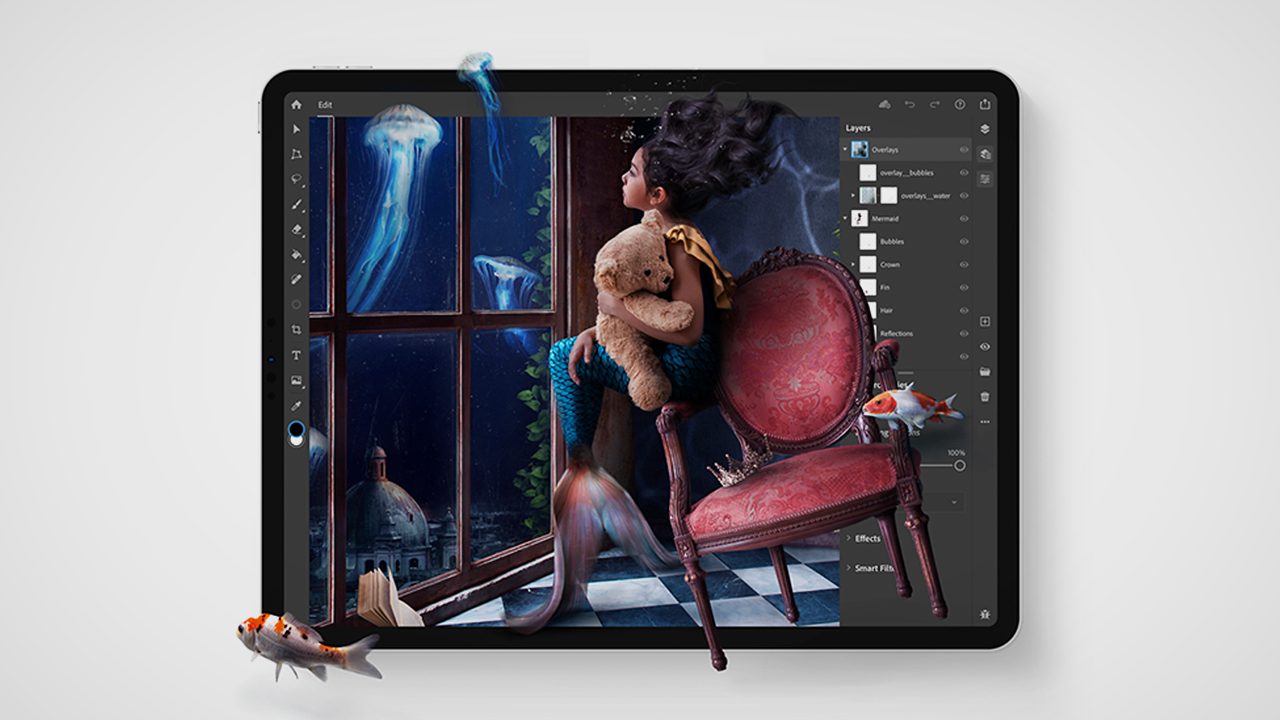 After first being shown off last year, Adobe shipped the first version of Photoshop for iPad earlier this month. In a new blog post published today, Adobe has offered a closer look at features that are set to come to Photoshop for iPad in the future.

Adobe says that with the first version of the app, it focused “top workflows” such as compositing, masking, and retouching, as well as support for accessing PSD files across different platforms. Essentially, the goal was to create a new user experience for Photoshop with a focus on the iPad and touch interaction, but also ensure cross-compatibility between the iPad and desktop.

Going forward, Adobe says that it has only scratched the surface of what’s to come and what’s possible for Photoshop on iPad.

2019 is nearly over, but Adobe still has features planned for before the end of the year for Photoshop for iPad. First is the Select Subject tool, which Adobe first detailed at Adobe MAX earlier this month. Select Subject is powered by Adobe Sensei AI machine learning to “you to automatically select the subject of an image to speed up complex selections.”

Adobe also says that cloud documents will become “faster than ever before.” In December, the company will begin the rollout of new system optimizations that make upload and download of Photoshop cloud documents faster and more reliable.

In the first half of 2020, here’s what to expect in Photoshop for iPad:

Photoshop for iPad has been met with mixed reviews so far. On the App Store, the app has a 2-star rating from over 800 early adopters. To combat some of the early negativity, Adobe’s hope is that it can add new features over time, and be transparent about that process. Read the full bog post here.