macOS Catalina: Use Apple Watch to replace your password without Touch ID 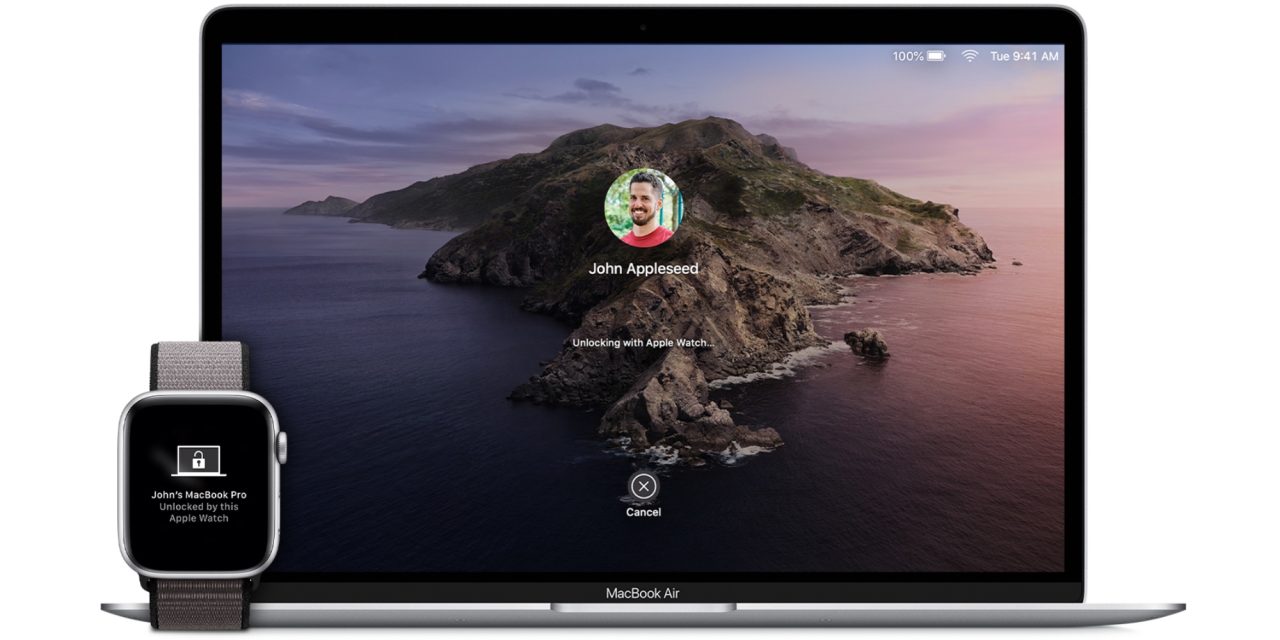 Touch ID fingerprint recognition is replacing passwords on new MacBook Air and MacBook Pro laptops, but what if your Mac doesn’t have a fingerprint reader? The good news is that you don’t need to spend a thousand dollars on a new computer. You can replace your password on macOS Catalina without Touch ID if you wear an Apple Watch.

Strong and unique passwords are critical to securing the data on your Mac. If your computer is lost or stolen, your password is the only thing keeping a stranger from accessing everything on your Mac including photos, email, and personal files.

Using a strong password is also important on the Apple Watch — even if it’s just a four-digit passcode. Just avoid passcodes that are easy to guess like 1234 and 0000.

macOS Catalina uses this information to determine that it’s you sitting in front of your Mac. With your permission, you can bypass entering your Mac password every time you log in or need to authenticate with your Mac password.

You still need your password occasionally like with Touch ID. This includes when you first turn on your Mac to log in or reboot. After you enter your Mac password once, just wearing your unlocked Apple Watch is as good as Touch ID on any Mac.

Bonus tip: you can unlock your Apple Watch automatically if you use your passcode, Touch ID, or Face ID from your iPhone. This means your fingerprint or facial recognition can be used to ultimately replace your Mac password through the Apple Watch.

Apple Watch isn’t just great for unlocking your Mac after it wakes from sleep. Starting in macOS Catalina, you can use the Apple Watch to replace your Mac password without Touch ID in even more places. Apple Watch can unlock:

You can also use the Apple Watch to replace your Mac password without Touch ID when installing new software. 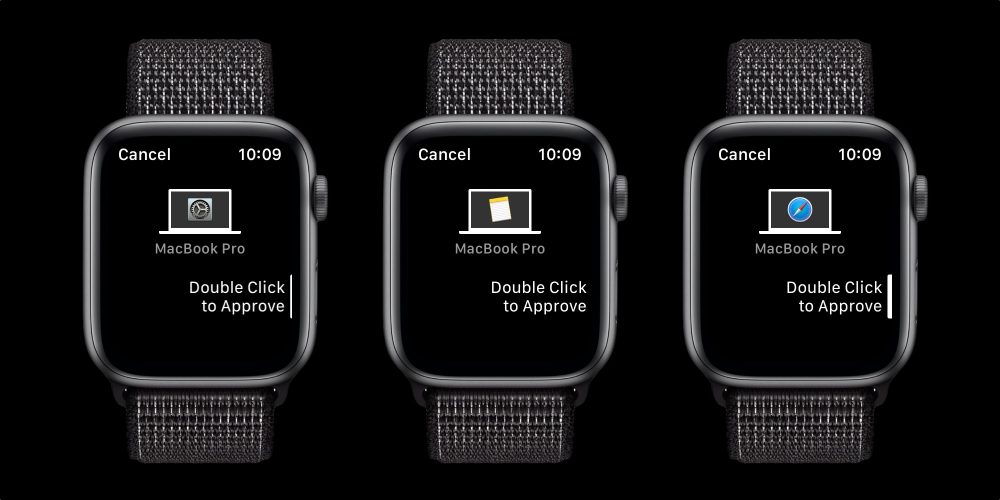 Replacing your Mac password with the Apple Watch requires some user input to make sure you really want to confirm your password. It’s simple. Your Apple Watch will alert you with a tone or a tap on the wrist, then the watch screen will ask you to double-click the side button below the Digital Crown. That’s the tall oval-shaped button on the side.

Even if your Mac has Touch ID, using the Apple Watch to replace your Mac password can be more convenient than reaching for the fingerprint reader and waiting for it to authenticate. There’s no option for Touch ID if you’re using an older MacBook or any desktop Mac like the iMac, Mac mini, or Mac Pro, but Apple Watch solves that problem.

The awesome auto-unlock feature for Mac users with the Apple Watch works on every Apple Watch. You just need software version watchOS 3 or later and a compatible Mac running macOS Sierra or later:

No Touch ID fingerprint sensor required! Just be sure your Mac has Bluetooth and Wi-Fi turned on, you’re using the same iCloud Apple ID on both the watch and Mac, your Apple ID uses two-factor authentication for extra security, and you’re using a passcode on your Apple Watch.

Want to use the newer features for replacing your Mac password in more places with Apple Watch? Every Apple Watch except for the first generation model (Series 1 and later) can run the watchOS 6 software version that introduces this feature.

Ready to get started? If you have the right Apple Watch and Mac with the right software, turning on the feature to replace your Mac password without Touch ID in macOS Catalina is a quick one time process. 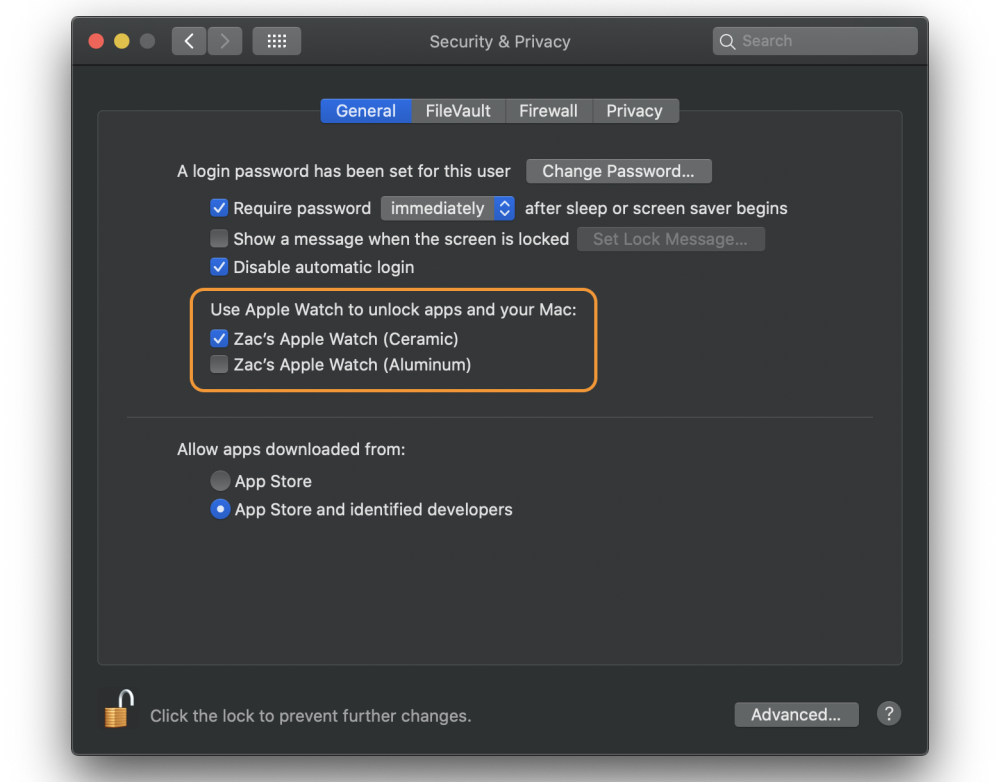 And that’s it! Want a quick way to try it? Click the open lock icon on the bottom left of the window to lock the section, then click it again to have your Mac prompt you for your password or authenticating with your Apple Watch.

Be sure to remember your Mac password. You won’t have to type it in nearly as often thanks to the Apple Watch — even if your Mac doesn’t have Touch ID. 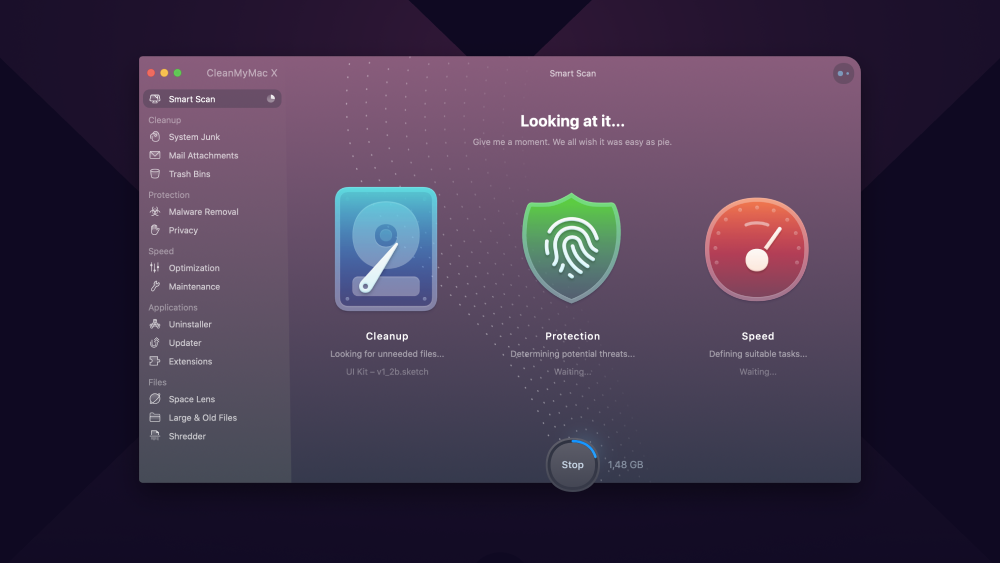