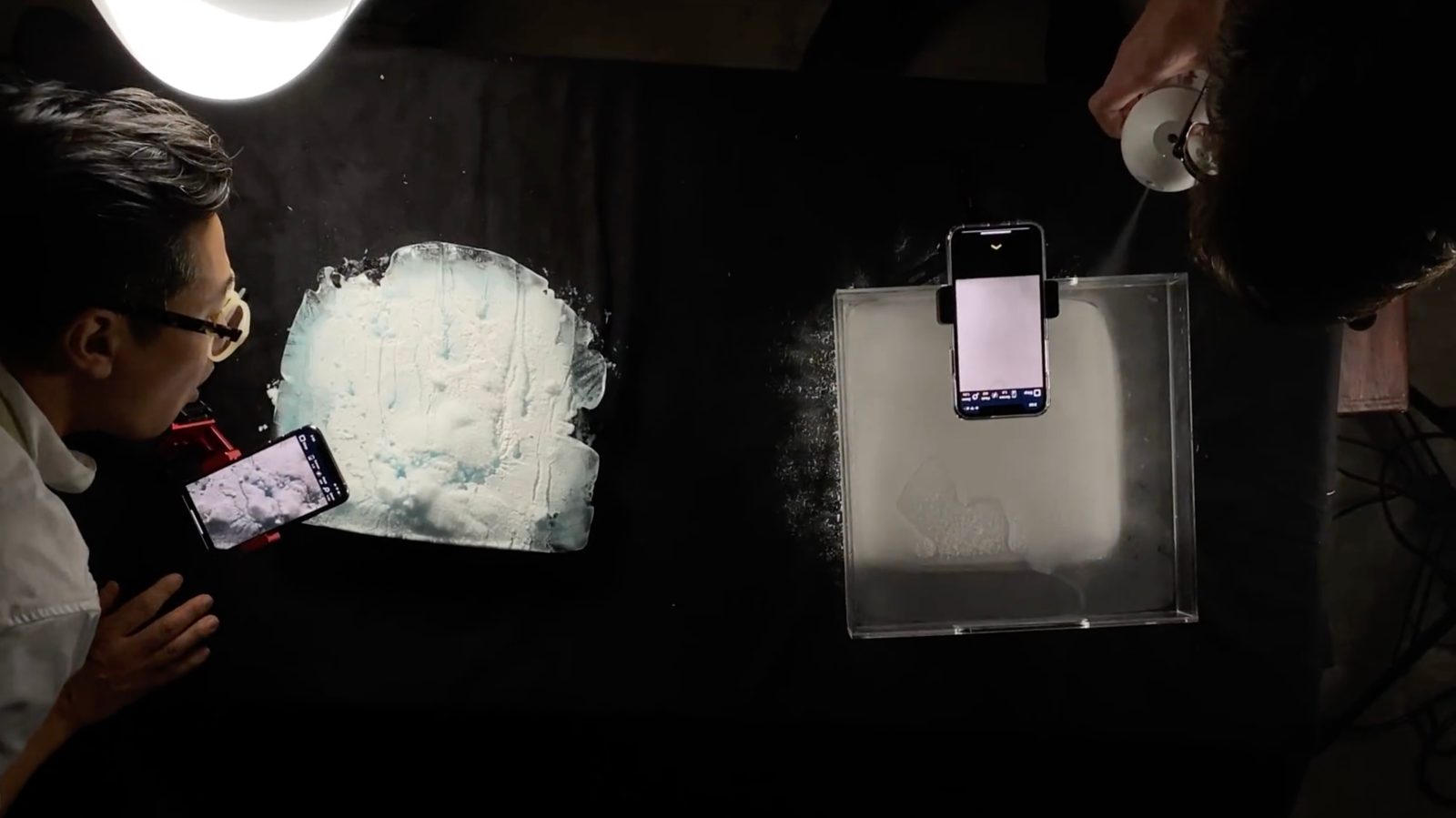 Apple this weekend has shared a new video as part of its Shot on iPhone “Experiments” series. This video, called “Fire & Ice,” was shot entirely with iPhone 11 Pro, and Apple has shared a short behind the scenes video to go along with it.

The “Fire & Ice” video was shot on iPhone 11 Pro by Donghoon Jun and James Thornton of Incite and was commissioned by Apple. The video offers incredibly close-up looks at fire and ice in different forms and environments. The video shows off features such as slo-mo, 4K, and more, and focuses on highlighting the power and versatility of the iPhone 11 Pro camera.

Immerse yourself in Experiments IV: Fire & Ice. See how iPhone 11 Pro can capture incredible footage of elements at their most extreme.

The new “Fire & Ice” video is the fourth in Apple’s series, and the first one to have been shot with the newest iPhone 11 Pro. Here’s how Apple describes its Experiments series:

See what’s possible given an iPhone, simple materials, and boundless creativity. Our Experiments series creates immersive, dazzling worlds, all Shot on iPhone. Lose yourself in the abstract visuals of each episode before going behind the scenes to see how it was made.

Watch the new “Fire & Ice” video as well as the behind the scenes video below and let us know what you think of it down in the comments!