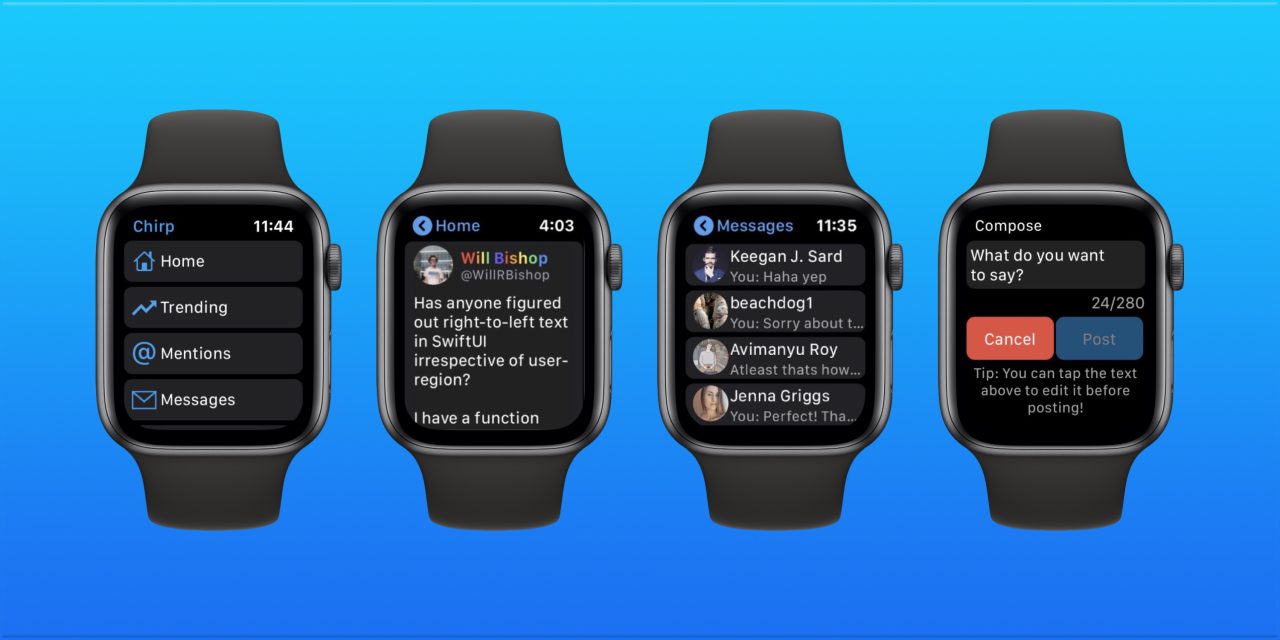 The developer behind widely popular Apple Watch applications like Chirp, Nano for Reddit, and MiniWiki is giving 100% of the proceeds from this weekend’s sales to help combat the widespread bushfires in Australia.

Three thousand, and fifty one dollars!

THREE THOU… ok you get it…

That's how much we just raised for the @CFA_Updates, @NSWRFS, and @CFSAlerts.

Thank you so so much.

Developer Will Bishop lives in Australia and knows first-hand how bad the Australian fires have gotten. According to The New York Times, Australian bushfires have resulted in 23 deaths and destroyed 1,300 homes so far. That’s in addition to countless animals and the tens of thousands of acres of national park and forest land that has burned.

Will has committed to donating 100% of the proceeds from those “Pro” upgrades to the rural fire services in South Australia, New South Wales, and Victoria. All proceeds from yesterday (Friday) through Sunday will be donated. This means that if you upgrade to the “Pro” version of these applications, the amount you chose to pay will go directly to help fight the Australian bushfires and associated relief efforts.

And, if you’ve already bought the Pro version in any of Will’s applications, each of them also has an in-app tipping jar where you can contribute however much you want to the cause.

You can download Will’s apps on the App Store at the links below:

Will’s apps for the Apple Watch are some of the best around, and if you’ve been holding out on upgrading to the “Pro” versions, there’s no better time to do it.

For the next 48 hours, all proceeds from Chirp, Nano, and MiniWiki will be donated to rural fire services across New South Wales and Victoria!