Report: iPhone 11 and 11 Pro models make up 69% of US iPhone sales in holiday quarter 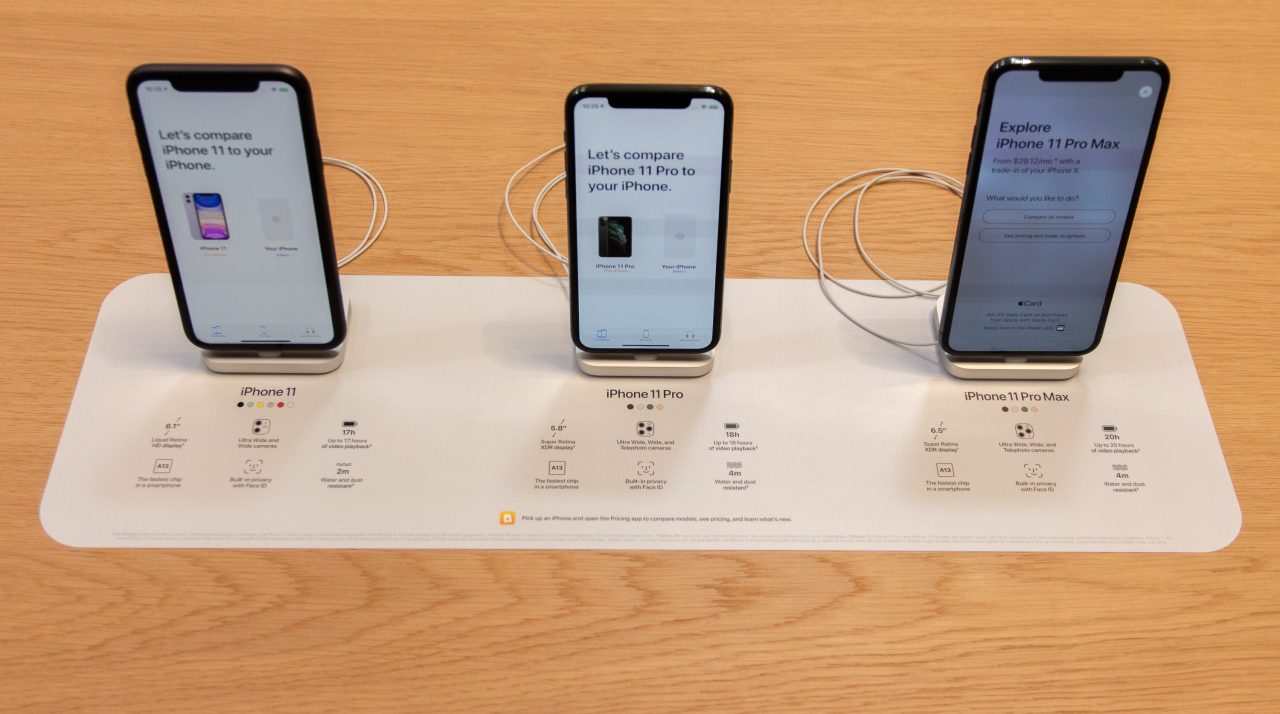 The latest sales research report from CIRP suggests that the iPhone 11 series has been well-received, with the combination of iPhone 11, iPhone 11 Pro and iPhone 11 Pro Max accounting for 69% of all iPhones sold in the United States between October and December 2019.

Unsurprisingly, the cheaper iPhone 11 was most popular, accounting for 39% of all iPhones sold. The year-old iPhone XR also continues to sell well at its newly-reduced $599 price point.

As always, Apple does not release official unit figures for hardware sales so these numbers are based on the analyst’s surveys.

Comparing the holiday iPhone lineup between 2018 and 2019, CIRP reports that average selling price fell from $839 in December 2018 to about $809. As Apple reduced prices on the iPhone 11 by $50, some level of ASP decline was to be expected. The December 2018 sales were also propped up by the iPhone XS Max being available for the first time.

CIRP’s data also suggests that customer uptake rates of higher storage tiers is lower than previous years. Whilst more than two thirds of iPhone 11 Pro buyers bought 256 GB or 512 GB models, the majority of iPhone 11 and older iPhone models were for the entry-level 64 GB storage option.

Apple will officially reports its financials on its quarterly earnings called, scheduled for Tuesday January 28. Although the company does not release unit sales, some estimates can be gleaned from the revenue numbers. Investors will also be looking for any color on customer interest in Apple’s services like Arcade and TV+.