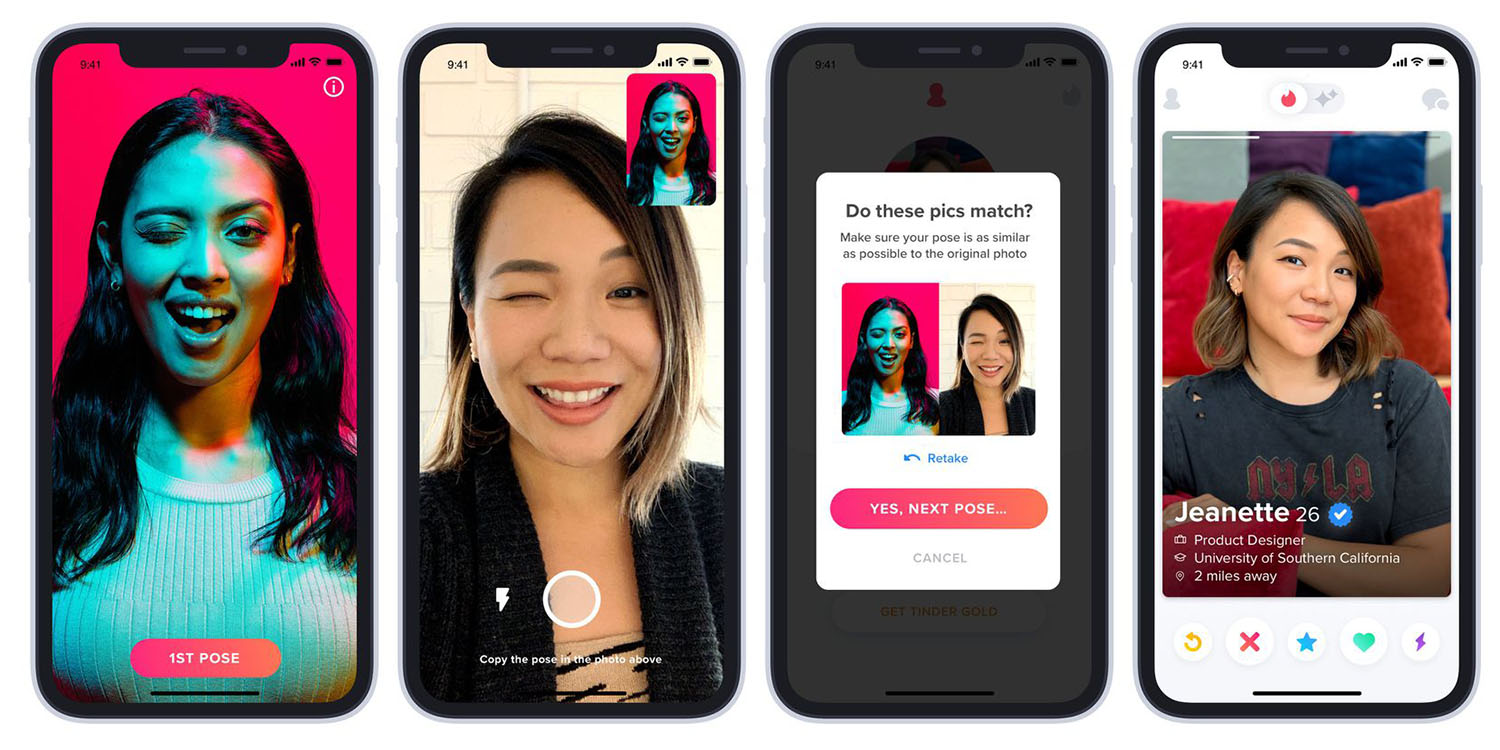 Tinder has announced the rollout of a couple of new safety features, including Tinder verification that photos are genuine, and a panic button, alongside flagging of potentially offensive messages…

The Verge reports on the almost comically clunky verification process, designed to ensure photos are genuine.

The photo verification system requires daters to take a selfie in real time that matches a pose shown by a model in a sample image. Those photos are then sent to Tinder’s community team, which verifies that each user matches both the given pose and their chosen profile photos. If everything lines up, they’ll receive a blue check mark, which is meant to give their potential matches peace of mind that they won’t be catfished.

For now, humans will be checking the photos and verifying that people are who they say they are, but the goal is to eventually offload that task to software. It’s unclear when that’ll happen, if ever. Tinder has millions of users around the world, so it’s rolling this feature out slowly for now and in smaller areas, like Taiwan and Ireland. Bumble introduced a similar system for its users in 2016.

A partnership with safety app Noonlight will also give US users a panic button, as well as access to safety advice — and a possible deterrent against unsavory types contacting them.

Daters who sync their Tinder account with Noonlight can choose to display a badge on their profile saying they did so, which is meant to function as a kind of warning that they’re protected. People can tell Tinder and Noonlight when they’re going on a date and with whom, and if there’s an emergency during the date, they can take out the Noonlight app and hold down a button to summon emergency services.

To guard against false alarms, Noonlight will first text the user to ask if they need help. If there’s no reply, it will call them. If it’s unable to reach them, it will pass details to the police.

It’s not known whether you’ll need to reapply for Tinder verification when replacing outdated photos.

Finally, a new system will identify and flag potentially offensive messages. Senders will be offered the chance to think again, and recipients will be asked if the message was unwelcome, in which case the sender will be reported.