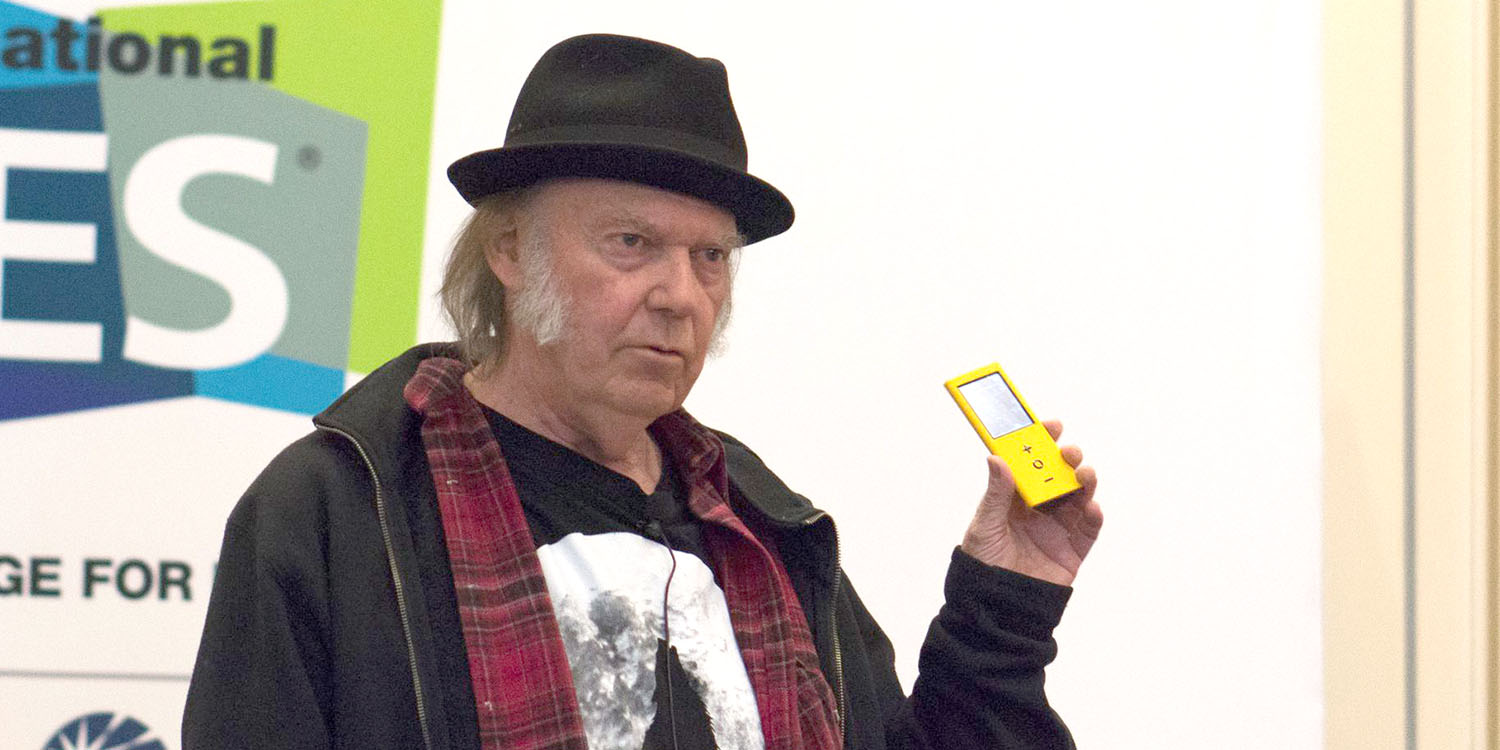 Musician Neil Young has described the MacBook Pro audio quality as akin to that of a Fisher-Price toy. He has also claimed that Steve Jobs once told him that Apple wasn’t aiming for quality.

His comments were made in an interview with the Verge.

It’s a piece of crap. Are you kidding? That’s Fisher-Price quality. That’s like Captain Kangaroo, your new engineer. A MacBook Pro? What are you talking about? You can’t get anything out of that thing. The only way you can get it out is if you put it in. And if you put it in, you can’t get it out because the DAC is no good in the MacBook Pro. So you have to use an external DAC and do a bunch of stuff to make up for the problems that the MacBook Pro has because they’re not aimed at quality. They’re aimed at consumerism.

That’s what Steve Jobs told me. He told me that exact thing: ‘We’re making products for consumers, not quality.’ So they don’t want audio quality. They don’t want to spend a lot of time on that. Audio quality — for your reference and for anybody else that’s listening — is deeper than visual quality.

You can look at things and think you’re seeing everything with a hi-res whatever you’re looking at in a picture. But true audio dimension is so deep, and there’s so much data there if you want to capture it all — in the echo and the softness and the loudness and the difference as things are decaying and getting smaller and smaller as they go away. That’s part of the beauty of sound, and the beauty of music based on that is that you can hear all of the detail.

Now, when you talk about doing that on a MacBook Pro, it makes me barf.

Young has a few axes to grind when it comes to audio quality and Apple. First, he’s one of the founders of the ill-fated Pono hi-res music player. Second, he’s promoting a book telling the story of its creation: To Feel the Music: A Songwriter’s Mission to Save High-Quality Audio (available on iBooks and Amazon).

Pono was a rather niche product launching into a market with significantly cheaper alternatives. It reportedly sold only in the tens of thousands and was subsequently discontinued. Young mostly blamed the labels for wanting to charge more for higher-res music, but also claimed Apple was partly responsible.

Last year when Omnifone, our download store partner, was bought and shut down with no notice by Apple, we began work with another company to build the same download store. But the more we worked on it, the more we realized how difficult it would be to re-create what we had and how costly it was to run it.