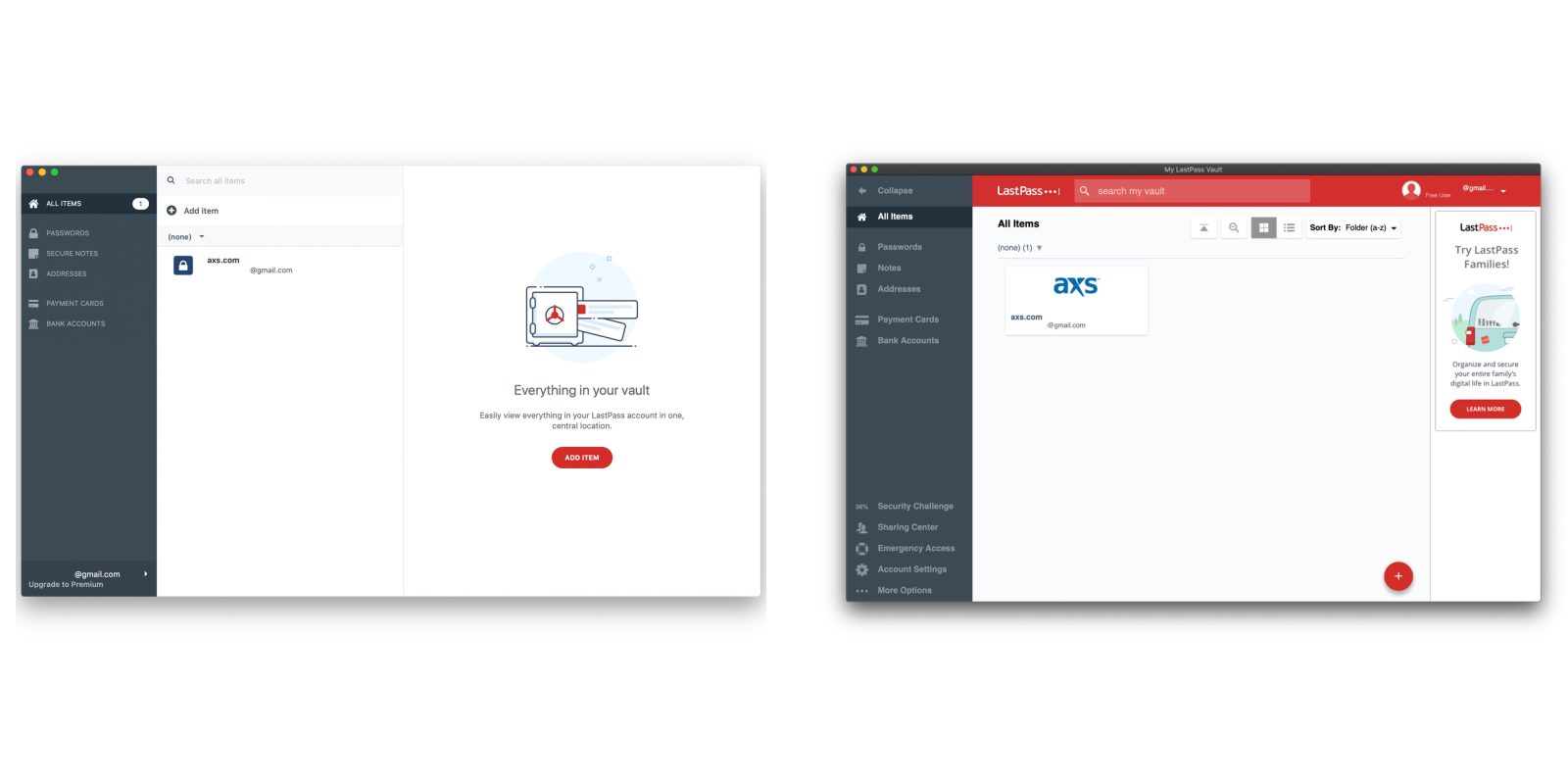 The popular password manager LastPass will be discontinuing its native Mac app, the company announced today. Support for the dedicated LastPass app for Mac will be dropped, with users being migrated to a new “Mac app” that is essentially a web app in a wrapper. The new app is on the right in the above image.

The Verge reports that LastPass has sent emails to users of the old Mac app informing them of the switch. The company cites changes made by Apple in Safari, and says the switchover is happening to “provide the best experience for our customers.”

According to the email, LastPass is making the change to “provide the best experience for our customers,” citing changes made by Apple in Safari 12 in 2018, which were designed to push developers toward offering browser extensions through native Mac App Store apps instead of the soon to be deprecated Safari Extension Gallery. While other apps, like 1Password, updated to implement the new system with their native apps, LastPass has decided to just remove support for the old native app entirely.

To replace the dedicated LastPass app for macOS, the company is releasing a new client for the Mac that’s based on a web app. It supports Safari’s new extensions system, unlike the previous version of the app. This means it works more like LastPass applications on other platforms, with the company saying that it’s “built with technologies shared with our other LastPass apps.” On the other hand, this means that it feels out of place on macOS, and it lacks support for system-wide hot keys.

If you so desire, you can continue to use the native LastPass app for Mac, but don’t expect any support or security updates after February 29th. Read our password manager comparison for all of the details.