What’s the best password manager for macOS and iOS? 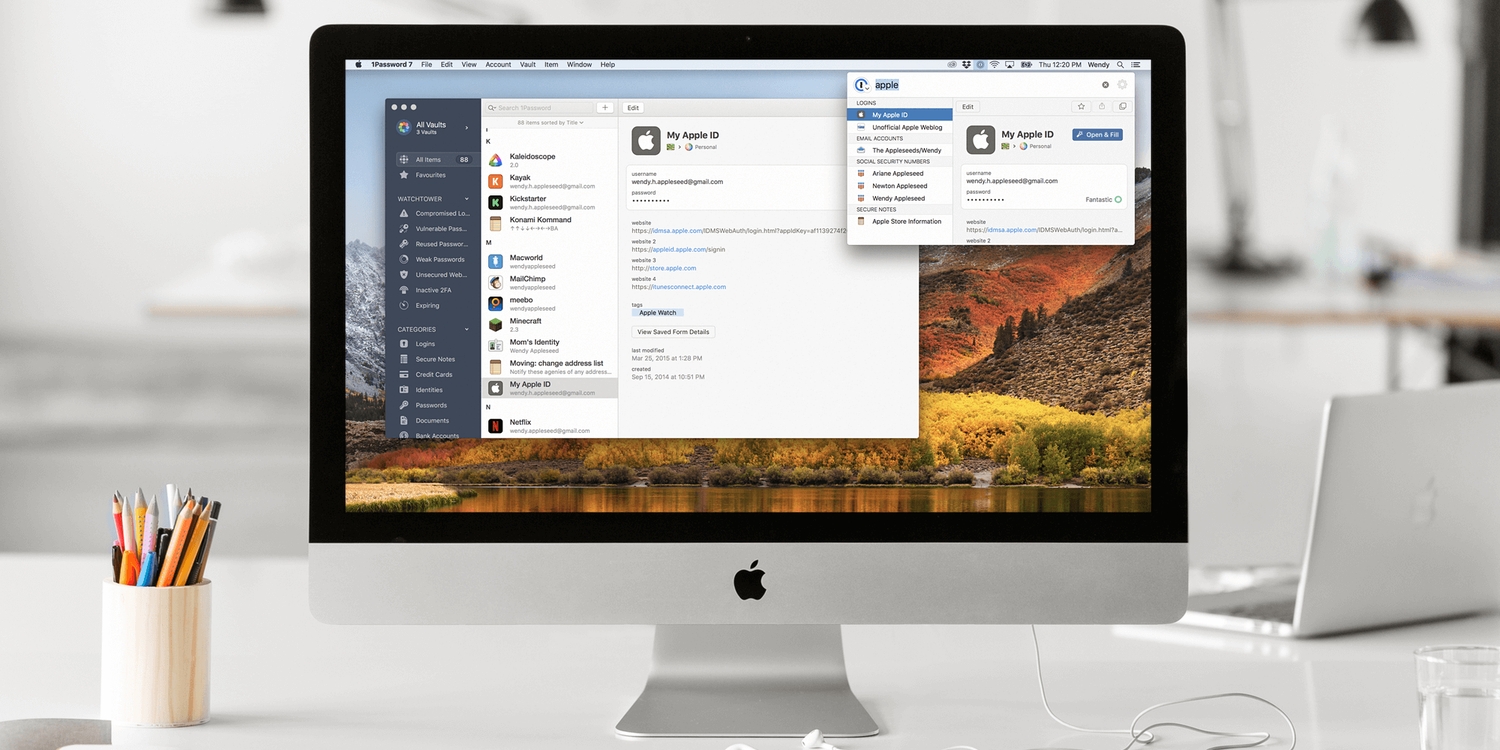 Password management is something that you often hear a lot about in today’s news. Apple has begun supporting various flavors of password managers through APIs while also offering a fairly decent password manager built right into Safari.

You might be wondering – what is the best place to store your passwords and other information you want to keep secure? There are number of third-party options such as 1Password, LastPass, and Dashlane. As I looked at Apple’s offerings and all of the alternatives, here is how I judged them:

The first option that most Apple users will see is the Password Manager built right into Safari. While I don’t think it’s nearly as robust as some of the third party alternatives, it’s brought a lot of good to iOS and Mac users.

When you go to create an account on a website, Safari (iOS or macOS) will suggest a very strong password and then offer to remember it. It will then sync that information over iCloud Keychain to all your other devices. This feature helps keep users from reusing the same password over and over again. 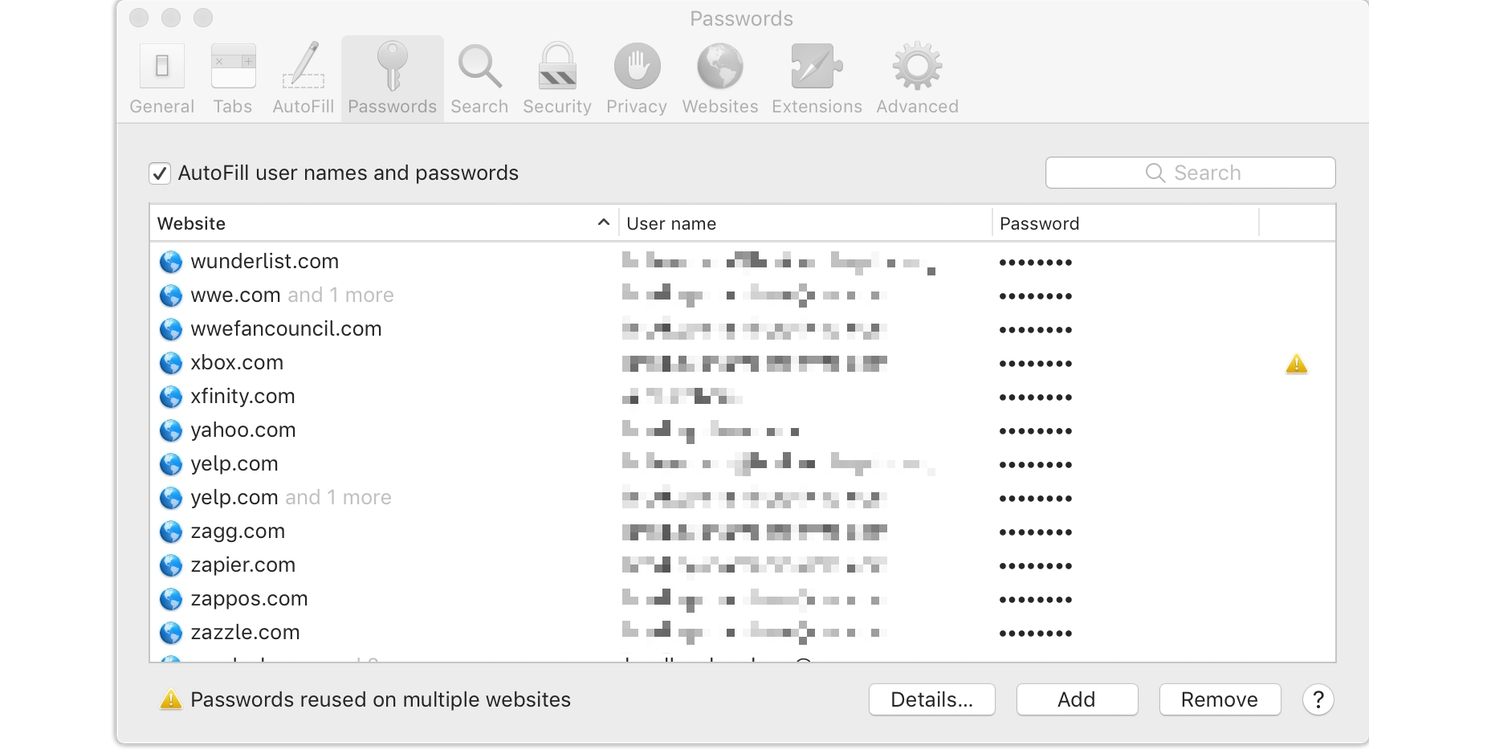 If simple password creation is all you need, then Safari’s password manager might be enough. It checks most of the boxes: it syncs to all your devices, it works on iOS and macOS, and is built right into Safari (so it’s free).

My main concern is that the overall user experience isn’t near as good as some of the alternatives. The only way to access your passwords is by going to Safari > Preferences > Passwords. One thing Safari also lacks is 2-factor authentication support. All of the third-party apps I reviewed offer the ability to generate one-time use passwords right inside the app. This means that you don’t need to use an app like Google Authenticator to generate the temporary passwords. 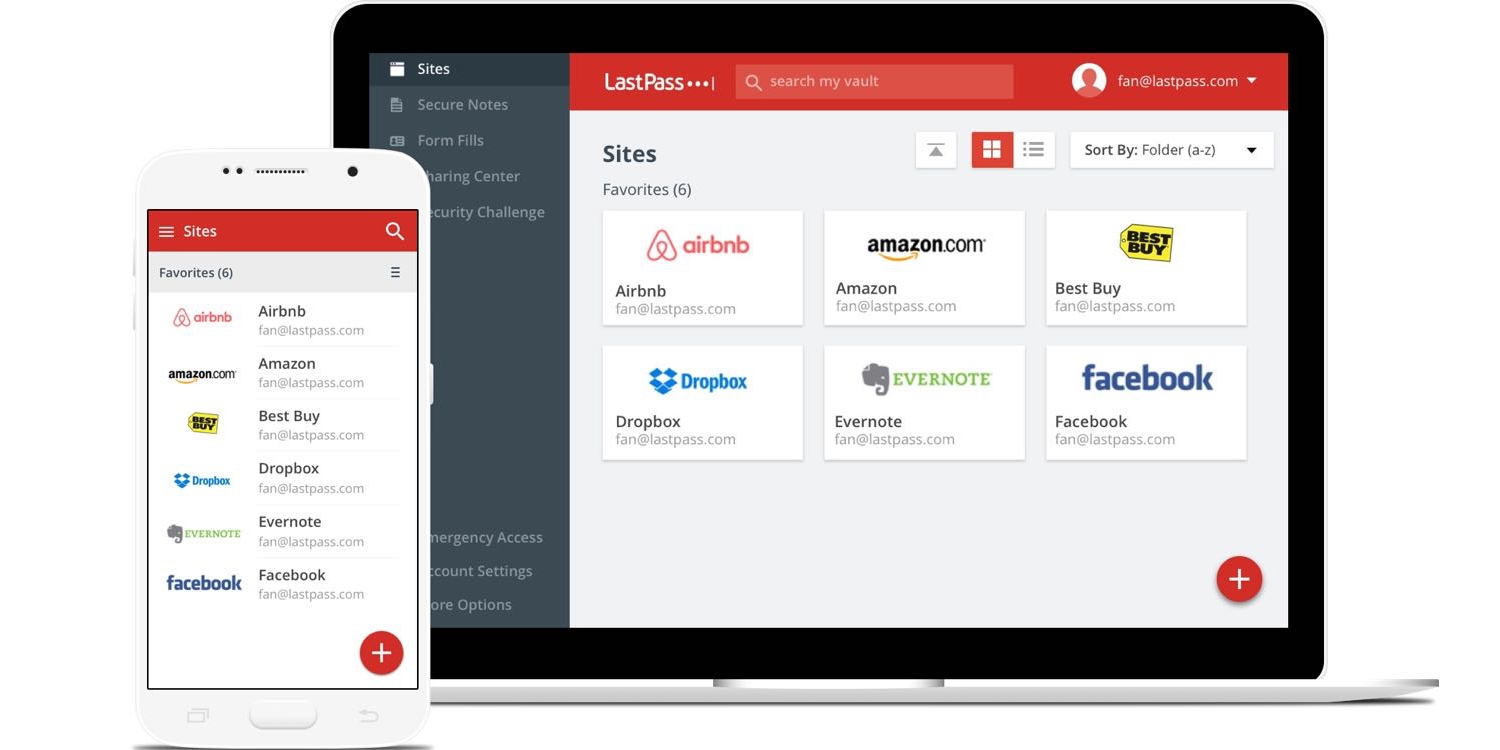 The first third-party app I considered is LastPass. LastPass is owned by the same company who owns LogMeIn, so it’s certainly no fly by night company. LastPass offers free and paid plans. I’ve tried LastPass off and on over the years.

While it’s not a bad choice, it just never could wrap my head around the user interface. Of all the apps I’ve looked at it, I liked its UI the least. It’s gotten better in recent years, but I still prefer some other solutions on the market. 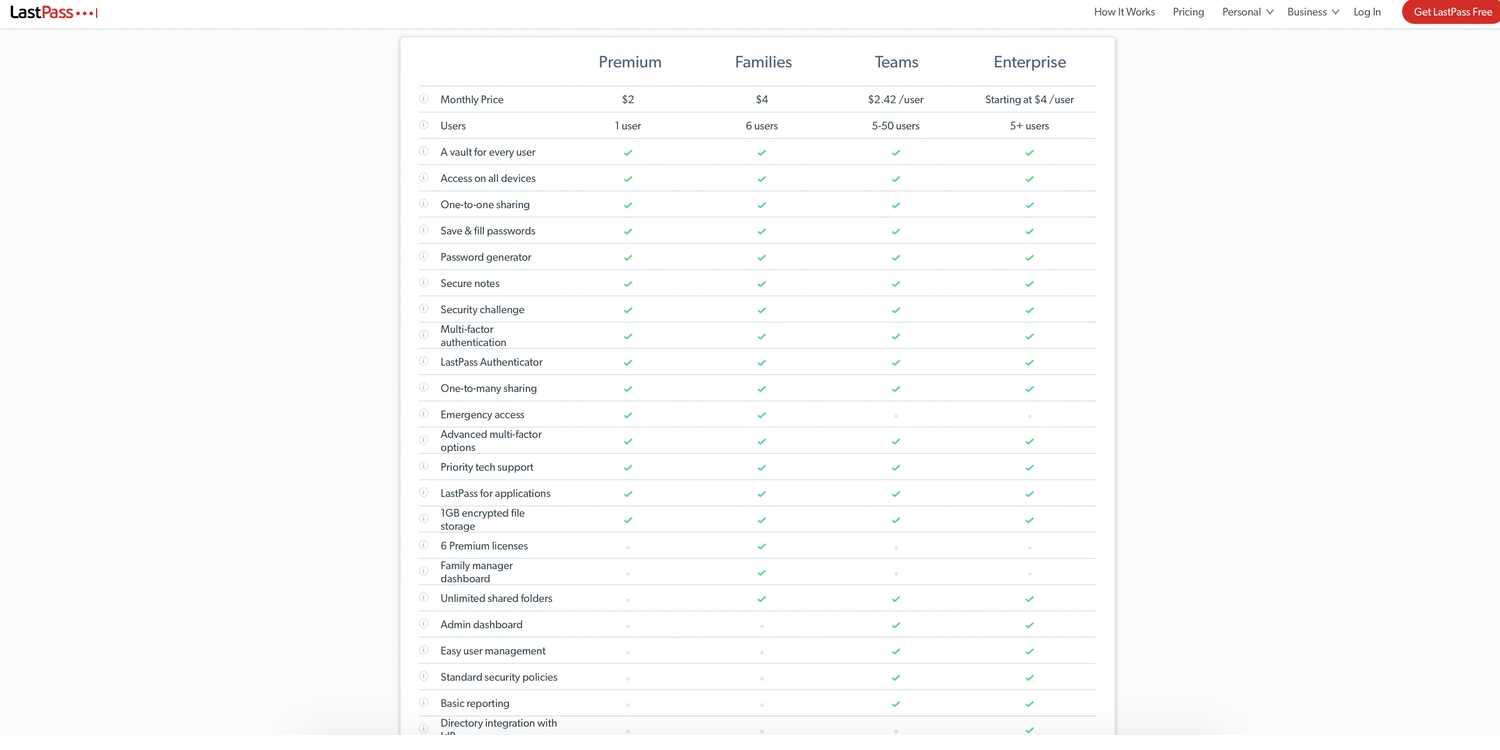 I’d say it’s the most “enterprisey” of all the solutions – meaning that it’s something I could see a CIO rolling out company-wide. 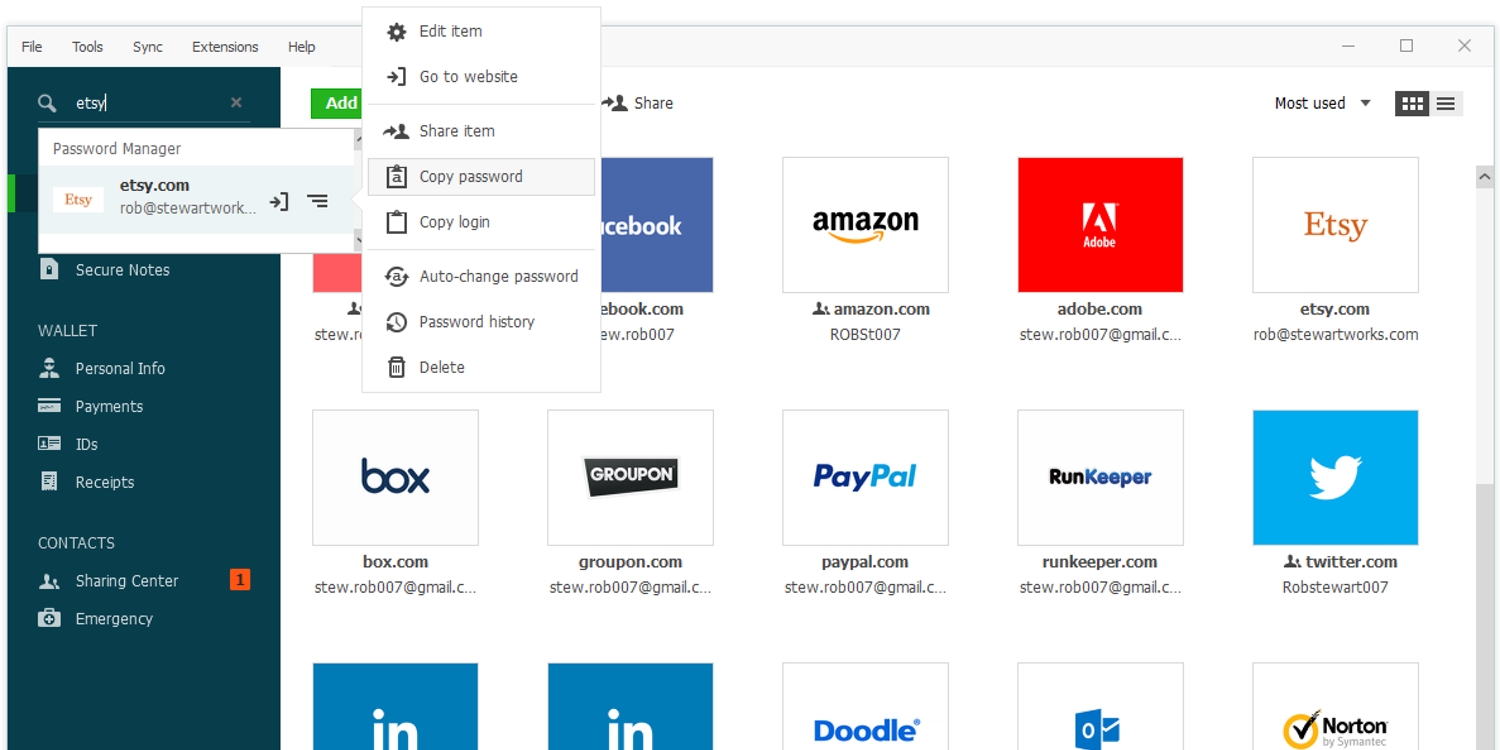 Another app I looked at was Dashlane. While a lot of these apps offer very similar features (password autofill in your browser, etc), Dashlane offers something unique: Password Changer.

Password Changer™ is a free feature in Dashlane. It does the heavy-lifting of replacing old passwords with strong new ones, and secures them in Dashlane where they’re remembered and typed for you.

It works on a number of websites. This feature would come in handy when password breaches are reported. Dashlane’s UI is very clean. Pricing wise – they are very competitive. They offer a free plan that works on a single device. Paid plans are $40 per year, and it unlocks syncing to all your devices (iOS, macOS, Windows, ChromeOS, etc.). They don’t seem to offer a family plan, though. 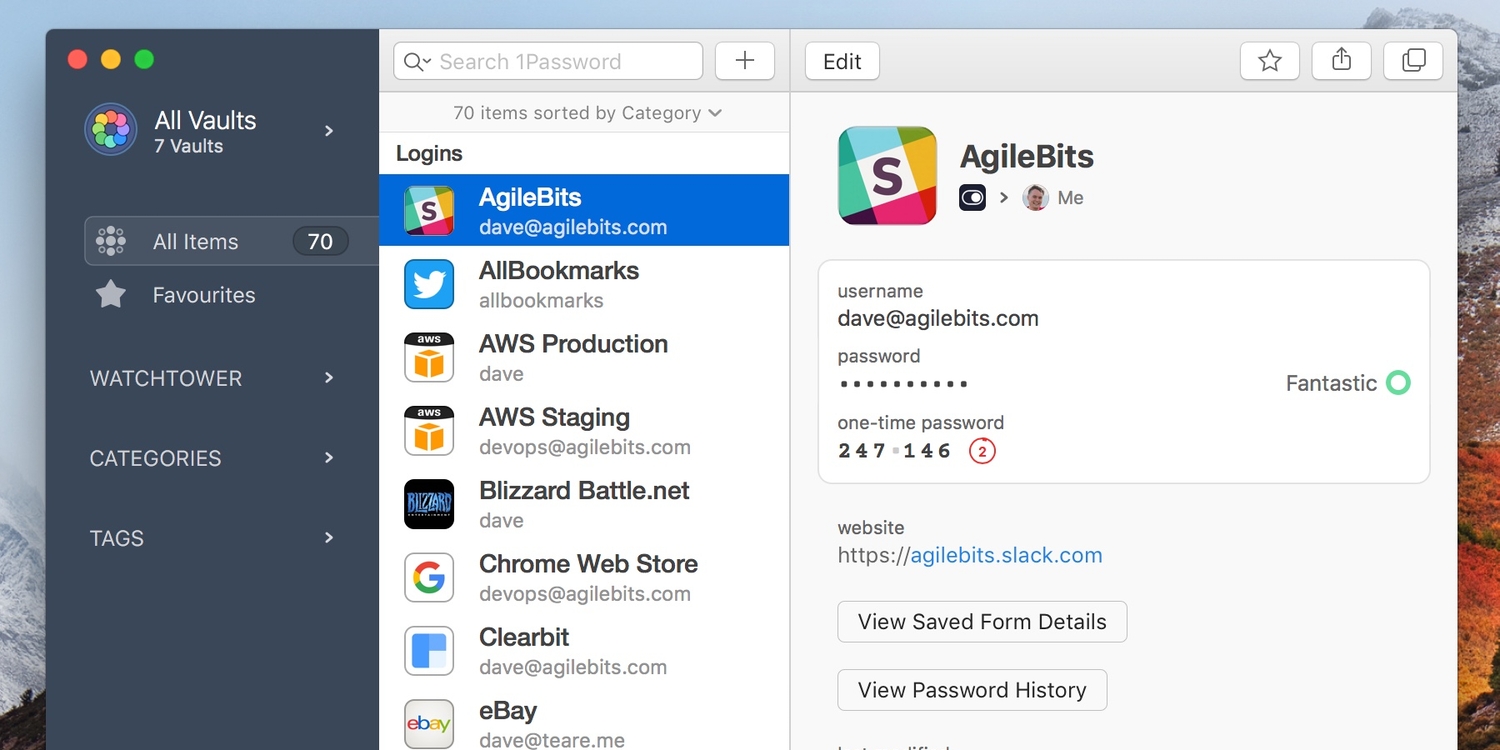 There are sometimes apps that feel at home to you, and 1Password is that one for me. I’ve used it for years, and despite some excellent offerings from competitors, 1Password is an app I always come back to using. Of all the apps I tried, 1Password feel the most native to the Apple ecosystem.

Although they started as an Apple-only company, they have since branched out to Android, Windows, and Chrome OS. They offer a standalone app purchase as well as a subscription plan. The standalone app is sold for $65 for the desktop. If you want to unlock Pro features on iOS, it requires a $9.99 in-app purchase. Syncing for the standalone apps can be done using Dropbox or iCloud.

The subscription plan is what I use, though. My wife and I use 1Password so much that we chose the family plan. It’s only $60 per year, and it will expand to cover my kids when they are old enough (covers up to five people). We have a shared “vault” where we can keep passwords that we both need access to (bank logins, etc.). They also offer Team and Business plans as well. With the subscription plans, you don’t have to worry about purchasing any features. Everything is unlocked with a subscription.

Outside of just password management, there are many features that 1Password supports that make it something worth paying for (vs. Safari’s free features). They include support for secure notes with attachments, personal information such as social security numbers, app license information, credit card information, passport information, and more. It’s not just a password manager. It’s an app that I use to manage anything I have that I need access to, but want the utmost security to go along with it. Everything is securely stored with end to end encryption, and I can unlock the information using Face ID (or Touch ID). I can access my data from all my devices but in a secure manner using 1Passwords syncing service.

1Password is built with modern, open source libraries and industry-proven solutions. So you get lightning-fast performance, a technology stack you can trust, and top-notch reliability.

1Password runs on Amazon Web Services, the largest and most secure infrastructure provider on the planet. Alongside great scalability and high availability, AWS also enables us to use KMS Hardware Encryption to further harden your SRP Verifier.

One of the features I mentioned earlier was support for two-factor authentication. This feature allows me to generate one-time use passwords for websites like Google and Twitter. 1Password even puts the one time use passcode on my clipboard after it autofills so I don’t have to spend time copying and pasting into websites.

Another way 1Password is making your life easier is WatchTower.

Watchtower will automatically notify you if there’s been a security breach for a website you use. A bright red bar that’s pretty darn hard to miss will display across the top of the item, prompting you to change the password for that site.

WatchTower will also check your passwords against haveibeenpwned.com to see if they are on a known leaked password list. 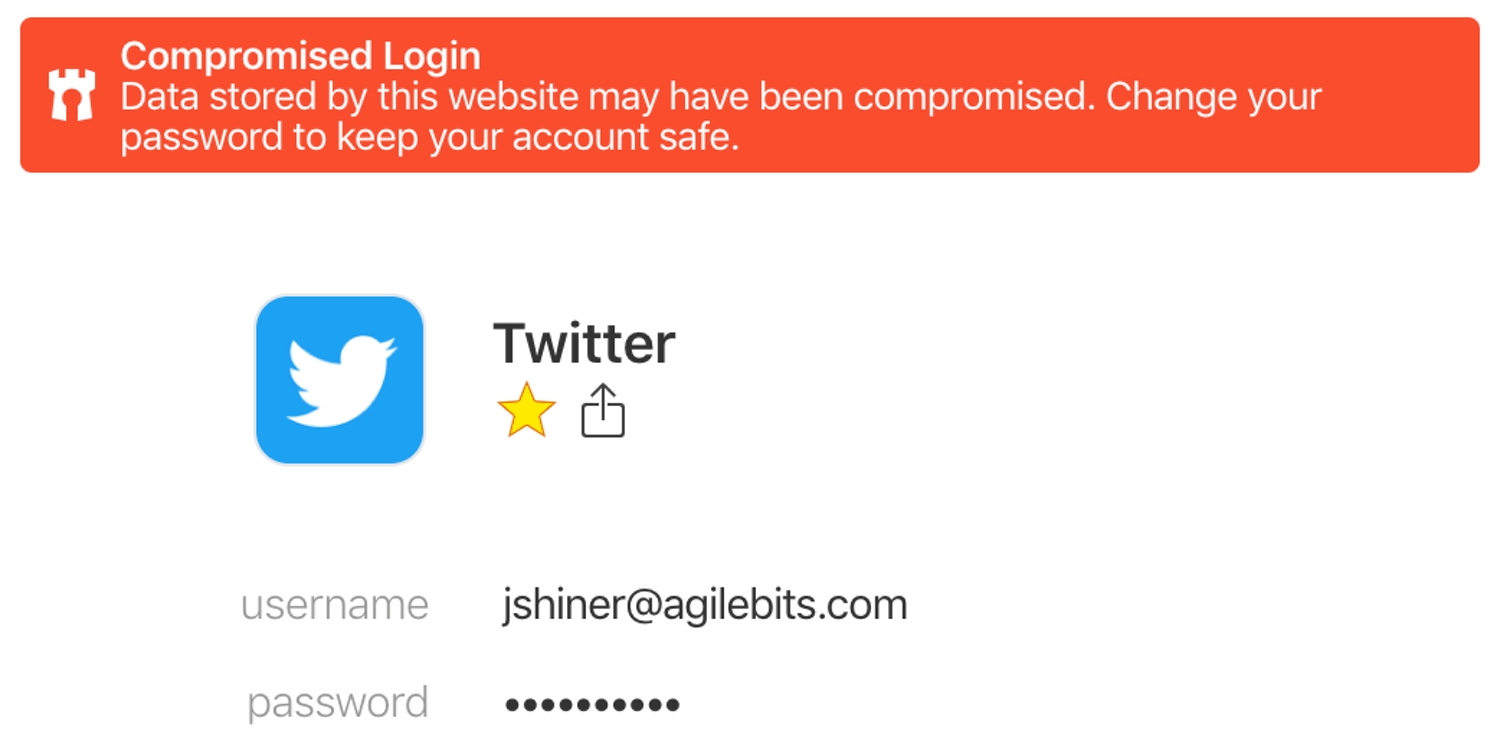 Overall, 1Password is just a fantastic app/service. It feels like the most native app to the Apple ecosystem. It has a fair pricing model and has continued to receive updates to take advantage of whatever new features Apple has offered with new versions of iOS and macOS. Other apps like Dashlane and LastPass are great, but 1Password provides, in my opinion, an overall better experience. Safari’s Password Manager is an excellent feature for something built into iOS and macOS, but 1Password is worth every penny. It integrates with all the major browsers for ease of use.

What do you think? Do you think Safari offers enough features to avoid paying for one of these apps?