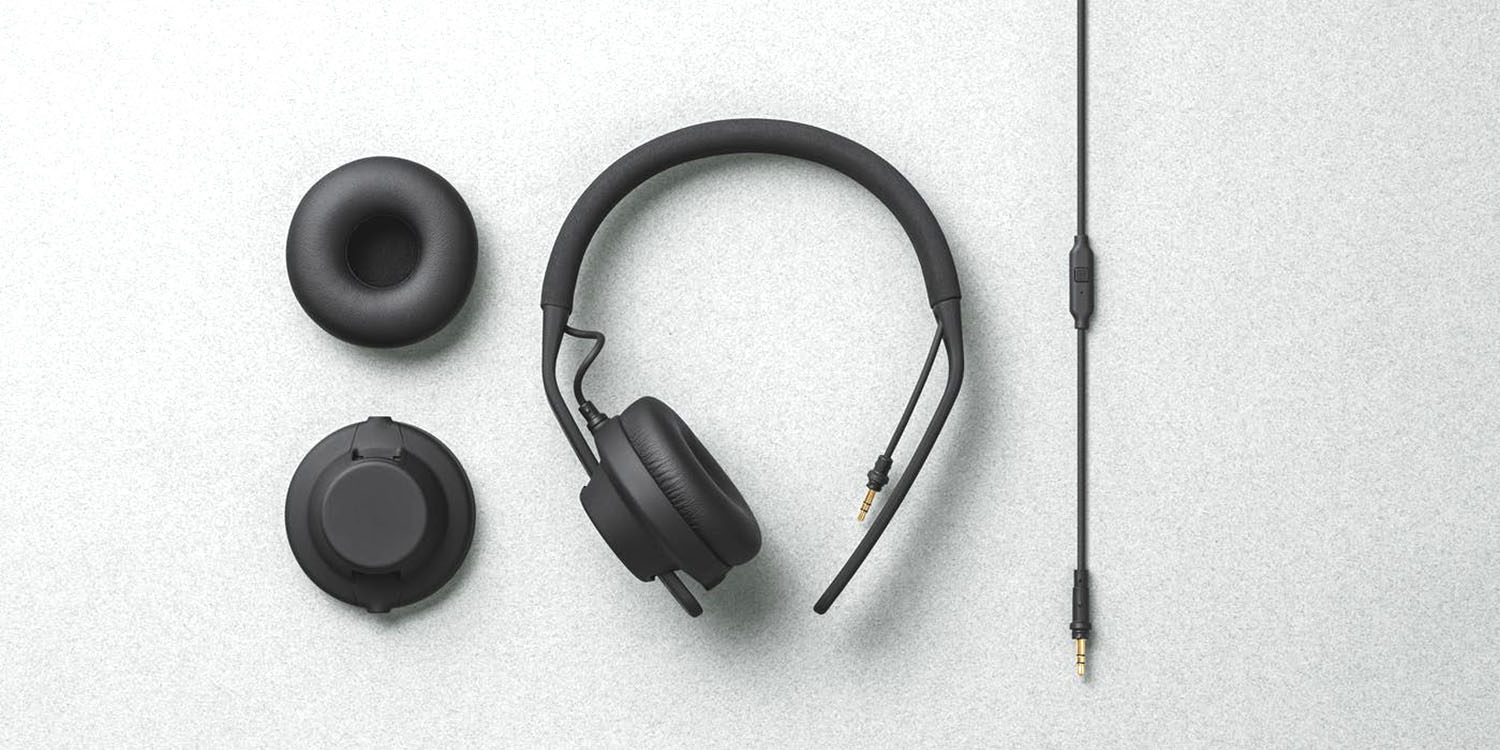 There was a day when you bought a decent pair of headphones and speakers and could look forward to using them for decades to come. That’s far more difficult today, as technology develops at a faster rate. The TMA-2 HD Wireless headphones aim to solve that problem.

Made by the impossible-to-pronounce-but-well-respected Danish audio company AIAIAI, the TMA-2 is a modular headphone system essentially supplied in kit form…

The standard setup gives you:

It’s already pretty flexible, offering a choice of wired and wireless use – and for wired use, you can choose to connect the cable to either ear-cup.

But each element is interchangeable. For example, if you prefer a more bass-heavy sound, you can swap out the speaker units for ones that boost the lower frequencies. If you prefer leather ear-cups, you can swap those out. And, importantly for techies, when a better Bluetooth version comes out, or a new audio codec becomes popular, you’ll be able to replace the wireless headband while retaining the rest of the headphones.

There are two other models available as standard, with different sound signatures, or you can choose to build your own headphones to order from the various component parts. 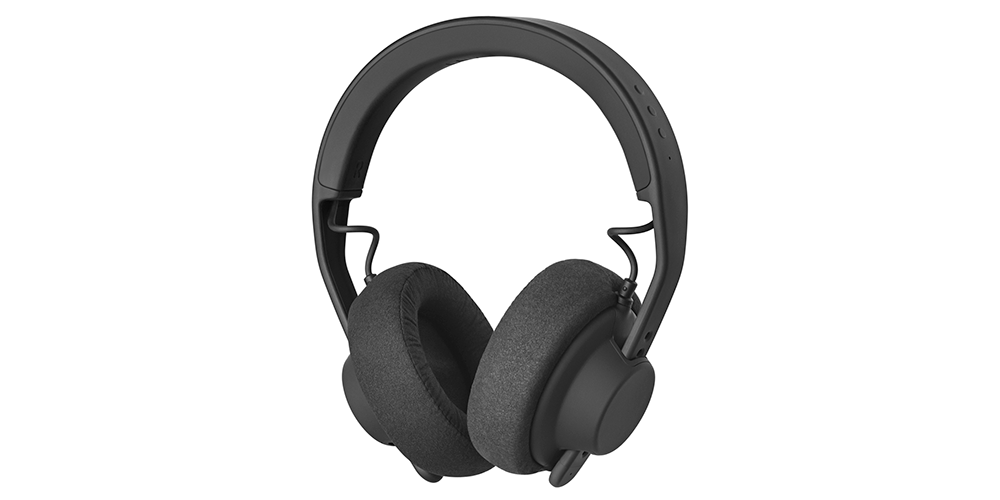 The TMA-2 HD aren’t going to win any style awards. That’s not to say they are unattractive, just that they have a basic and anonymous look. Headband and speaker units are black rubberized plastic, and the cups look like foam (but aren’t). However, as noted, you can upgrade to leather ear-cups to add a touch of style.

The headband has holes on each side for the ratchet adjustment. Depending on the size of your head, the ends of the headband straps may extend through the bottom of the speaker units.

The wireless controls are just three very discreet buttons on the upper left surface of the headband.

The earcups are made from Alcantara, which is a synthetic material that feels like a cross between foam and suede, and is used in automotive, aviation and maritime applications as well as consumer electronics. It’s very comfortable, and the headphones are also very light. 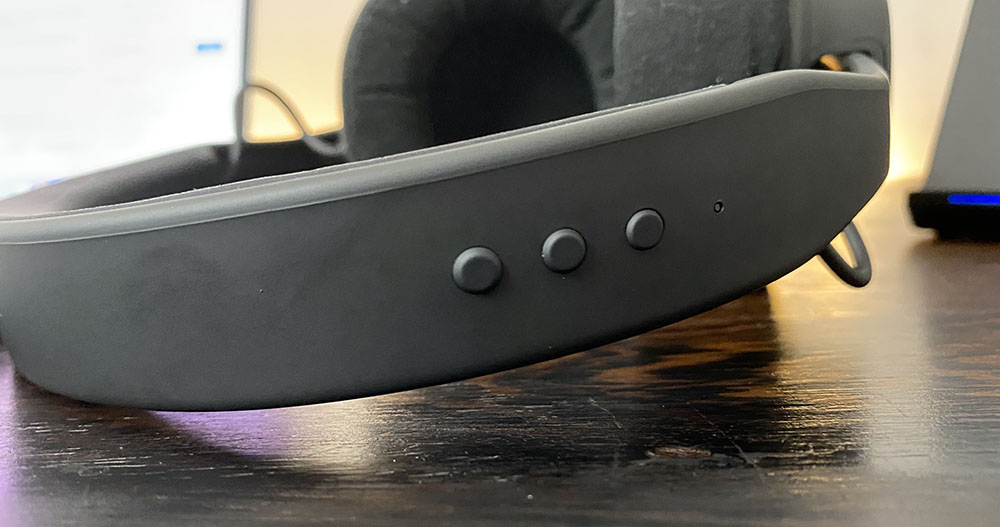 In use, the headphone controls are completely standard. A short press of the middle button is pause/play, and also answers a phone call. Double-press for next track, triple-press for previous track. Short-press upper or lower button to increase or decrease volume.

Switching on and off, and Bluetooth pairing, however, are very non-intuitive. To power on, press and hold the middle button for three seconds. But to power off, do the same with the top button.

For Bluetooth pairing, simultaneously press and hold the top and bottom buttons until the LED starts flashing.

It’s not a huge deal. You’re typically going to pair once, and you do get used to the power-off operation, but it seems needlessly complex just to eliminate one extra button.

The HD speaker units are the most sophisticated of the options available, the drivers made from a bio-cellulose material. They are no planar headphones, but the company claims the drivers are extremely responsive.

I’ve said before that my ears are in premium headphone territory but fall short of audiophile standards, a fact for which my wallet is extremely grateful. Comparing the TMA-2 HD to my B&W and Master & Dynamic headphones, I can’t claim to hear the difference the higher-tech drivers here make, but I can say that the sound is on a par. I can also say that the original wired configuration is a popular choice with DJs, who I like to imagine have better ears than mine.

My standard audio test track is Adele’s Rolling in the Deep as this has everything from an incredible vocal range to, from the one minute mark, a truly thumping bass. The headphones delivered everything you could ask.

The headphones support aptX, aptX HD, AAC, and SBC. Rather worryingly, macOS Catalina appeared to drop support for aptX for a while, but that returned in 10.15.2.

The configuration I tested costs $350.

In terms of audio quality and comfort, I have no complaints at all. The TMA-2 HD Wireless are in the same league as other headphones at this price point when it comes to audio quality, and I think you could wear them all day without any discomfort.

The challenge for the company when selling to an Apple enthusiast, I think, is what I consider the extremely basic appearance. You can get great audio quality and style for this price.

Now some consider this look to be a kind of minimalist industrial chic. If that’s your view, then the TMA-2 HD will tick all the boxes. Personally, though, I’m more of a chrome and leather guy where headphone aesthetics are concerned. Ultimately, then, I think this decision is going to come back to your own personal take on whether the looks match the impressive sound quality.

The AIAIAI TMA-2 HD Wireless headphones cost $350 in the configuration tested (but may be available for less).