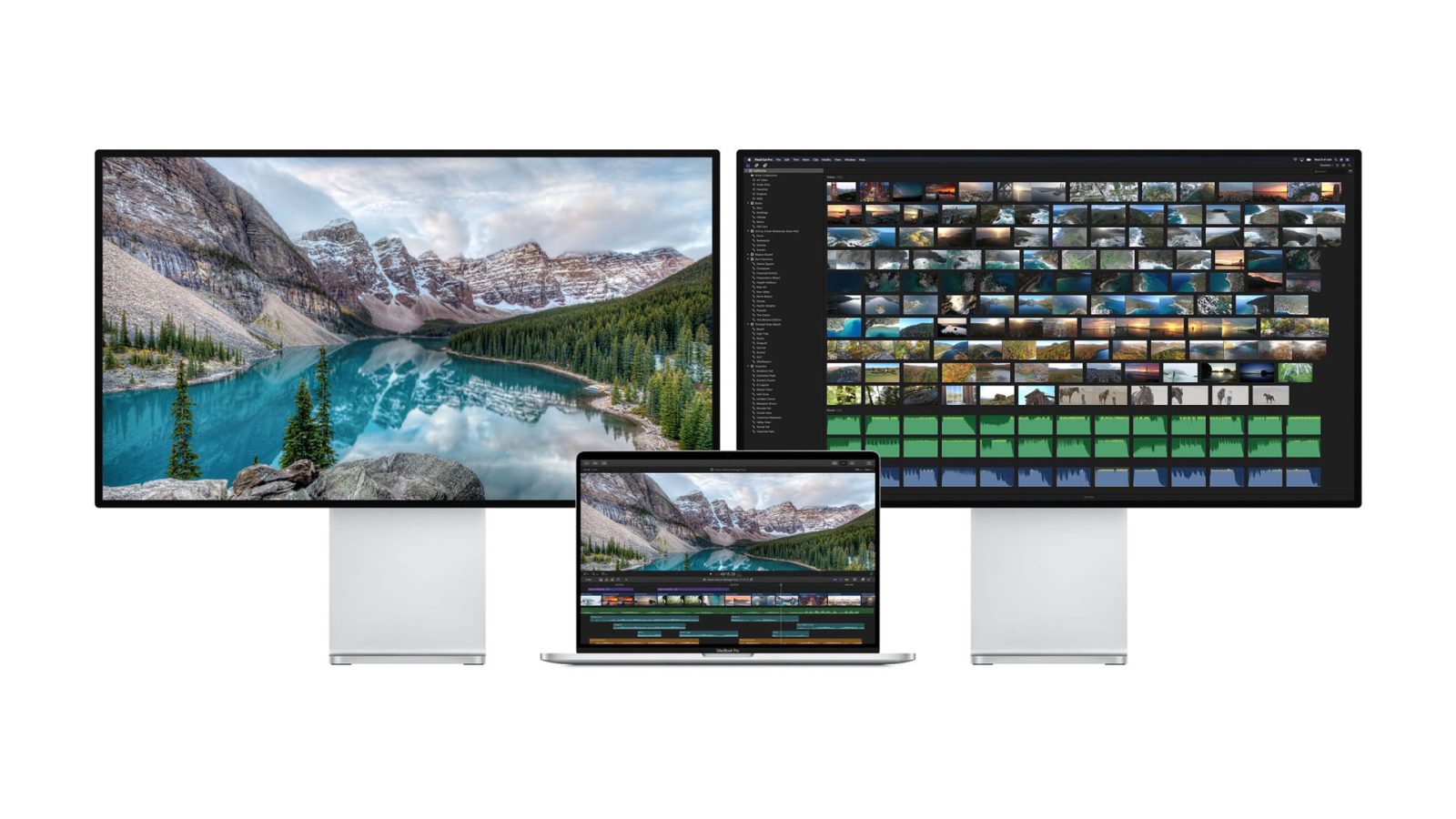 The review also tested color gamut with DCI-P3, which measures “how accurately a monitor can display movie and TV content in creative editing apps.” This is where the Pro Display XDR really set itself apart, PCMag says:

This is where the rubber truly meets the road for the Pro Display XDR. And the Pro Display XDR delivered here big-time, securing an all-time record for monitors we’ve run this test on at PC Labs. With a result of 98.7% coverage, the Pro Display XDR fell just shy (really, within the margin of error) of its advertised 99% coverage. That’s well higher than even the OLED-based Alienware 55, our now second-highest scoring monitor in this category, at 96.5%.

In terms of brightness, the Pro Display XDR was capable of display content at a peak burst of 1,560.9 nits in HDR, which is nearly the same as the 1,600-nit rating Apple gives it. The display also achieves OLED-like black levels:

Because of the FALD system, black levels were very low, at just 0.04. That’s the lowest we’ve seen outside of OLED displays, extra-impressive because OLEDs are capable of fully turning off individual pixels, resulting in what’s known as “infinite contrast.” The Pro Display XDR may not have infinite contrast, but even at its lowest SDR brightness of 499 nits, that gives the Pro Display XDR a contrast ratio of 12,460:1.

This aspect is important to anyone who works in pro-level content creation, because having the ‘most orange orange,’ as we like to describe it, means that you’re working with colors at their most accurate. How ‘orange’ your monitor’s ‘orange’ is is measured using a figure known as ‘delta E.’ (It’s expressed more commonly as ‘dE.’) The lower the dE on a monitor, the more accurately it’s displaying the color it’s trying to produce.

Through testing in all three preset color-space settings on the Pro Display XDR (sRGB, Adobe RGB, and DCI-P3), the lowest score was 0.68 dE. Any score below a 1.0 dE is “top-tier,” according to the review.

Another thing the review points out is that all of this is based on Apple’s factory calibration settings. There’s no way to calibrate the Pro Display XDR, though Apple says settings for things like white balance and color gamut are coming soon. Despite this, PCMag says it’s unlikely it would have been able to achieve a lower dE result than what was achieved with factory settings.

Ultimately, PCMag praises the Pro Display XDR’s performance and awards the display the Editors’ Choice title. “Overall, the XDR does exactly what it sets out to: provide reference-quality production capabilities to creators who work exclusively on Macs,” the review concludes.

You can read the full PCMag review for all of the details on Apple’s Pro Display XDR.