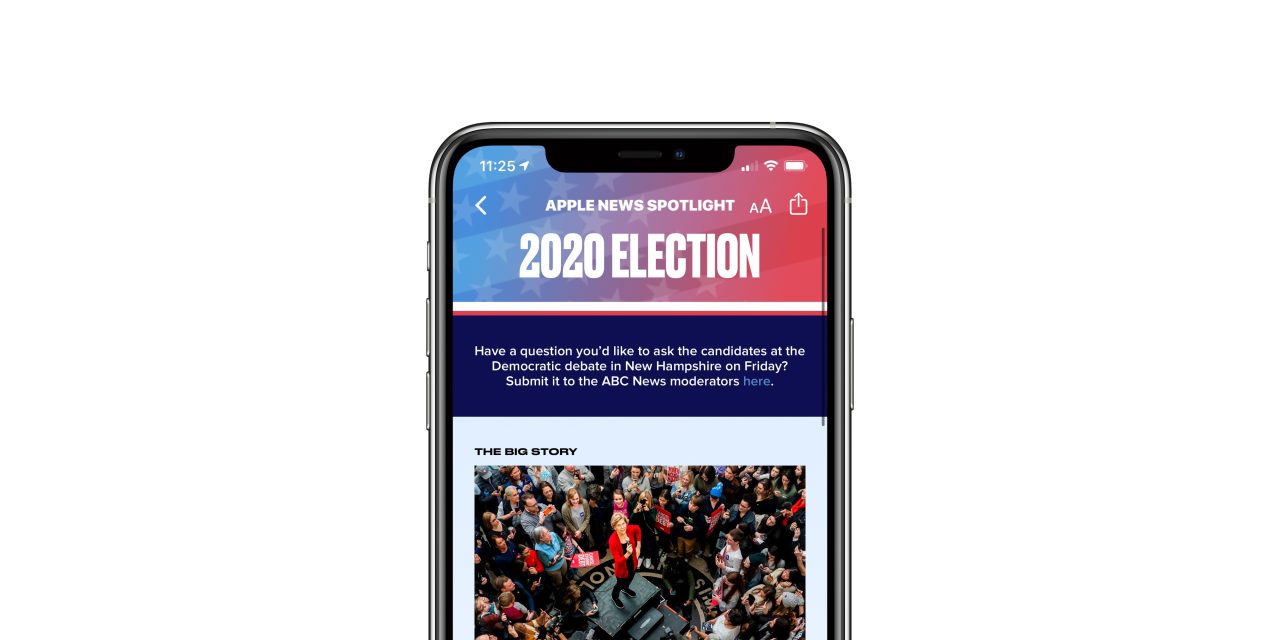 Apple News has started accepting questions for the upcoming Democratic debate in New Hampshire this week. As previously reported, Apple News is teaming up with ABC and WMUR-TV, a local ABC affiliate, for the debate — and part of that arrangement includes deep integration with Apple News.

The debate will be held on Friday, February 7 at St. Anselm College in Manchester, New Hampshire. It is the first debate following the Iowa caucus on Monday. Here are the candidates who have qualified so far:

As part of its role in the debate, Apple will offer a live stream of the event directly in the News app and on Apple TV. The partnership between Apple News and ABC News will extend through Super Tuesday, the Republican and Democratic National Conventions, general election debates, election night and the 2021 presidential inauguration.

Beginning with the Democratic primary debate on February 7, 2020 in New Hampshire, Apple News will feature ABC News videos and live-streaming coverage, as well as FiveThirtyEight polling data, infographics and analysis during key moments in the 2020 election. ABC News, Apple News and WMUR-TV will partner for the February debate, the first to be held after primary voting begins.

Earlier this week, Apple News launched a central hub for 2020 presidential election coverage, featuring content curated from “dozens of trusted news sources.” There are also detailed guides to each candidate.

If you want to submit a question to the moderators for the February 7 debate, you can do so via Apple News here.