Will people pay for Apple TV+ after their free trial? Claims vs reality… 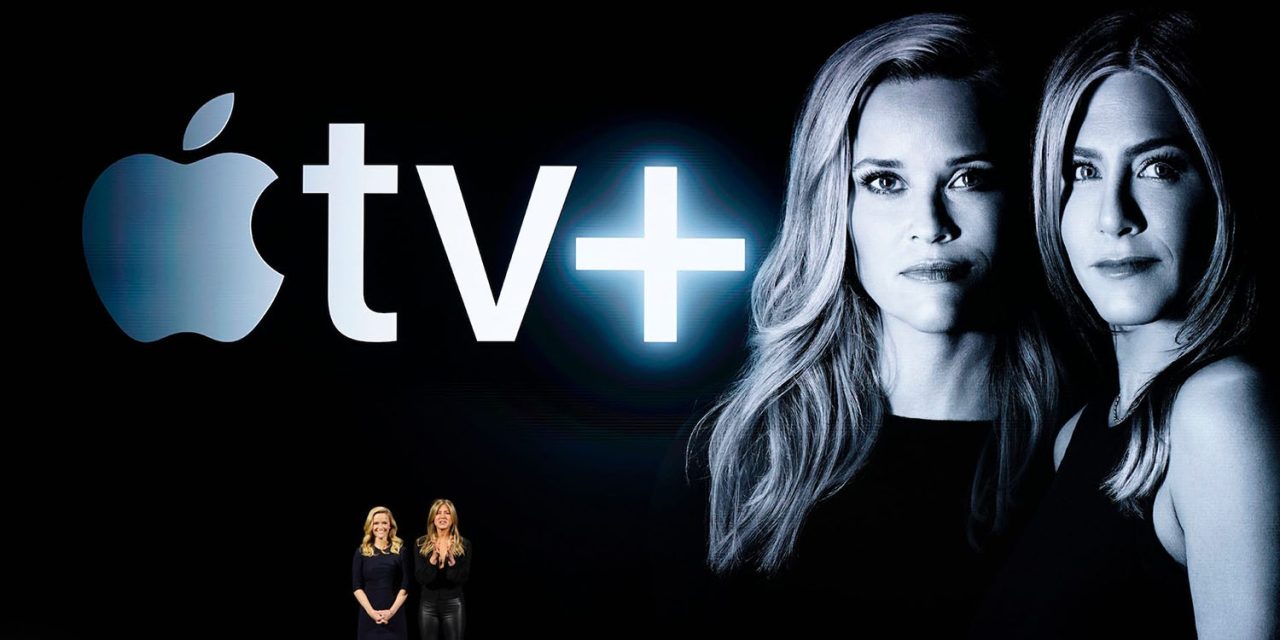 One of the biggest question marks over the launch of Apple’s streaming video service has been: will people pay for Apple TV+ once their free trial expires? A survey of just over a thousand viewers has provided some answers.

So far, there’s a big split between claimed intentions and actual behavior when it comes to renewals…

Cord-cutting service Flixed carried out a survey of just over 1,000 Apple TV+ viewers and found an interesting difference between the number who said they would renew when their free trial expired, and the number who actually did.

Around a fifth of respondents got a one-year trial with the purchase of an Apple device. Among those, 59% claim they will renew at $4.99/month when their trial expires.

Average satisfaction with the service was relatively high, at around 7/10. But value for money appears to be the show-stopper for those who didn’t renew – or don’t intend to. For those people, given the limited number of shows on offer, the majority wouldn’t even pay $1 per month. Among those who would pay something, the maximum most would pay is $2/month.

Apple’s promotion of The Morning Show worked when it came to persuading people to try the show, but it was far from the most popular one when people did. Some 54% of viewers watched at least some episodes – well ahead of second-placed For All Mankind at 24% – but 44% of them didn’t finish it.

Apple spared no expense in both the marketing and production of its flagship series The Morning Show, a drama following the fallout of a morning news broadcast after a host’s #MeToo ouster. It reportedly spent $15 million per episode to produce, and its dominated advertising during the service’s early rollout.

Possibly as a result, it was the most viewed program: 54 percent of respondents had watched at least some of it, making it by far the most viewed show. But it wasn’t the most loved [nor] the show people were likely to stick with.

When it came to satisfaction scores, The Morning Show was in 8th place. Helpsters and Servant got the highest ratings. 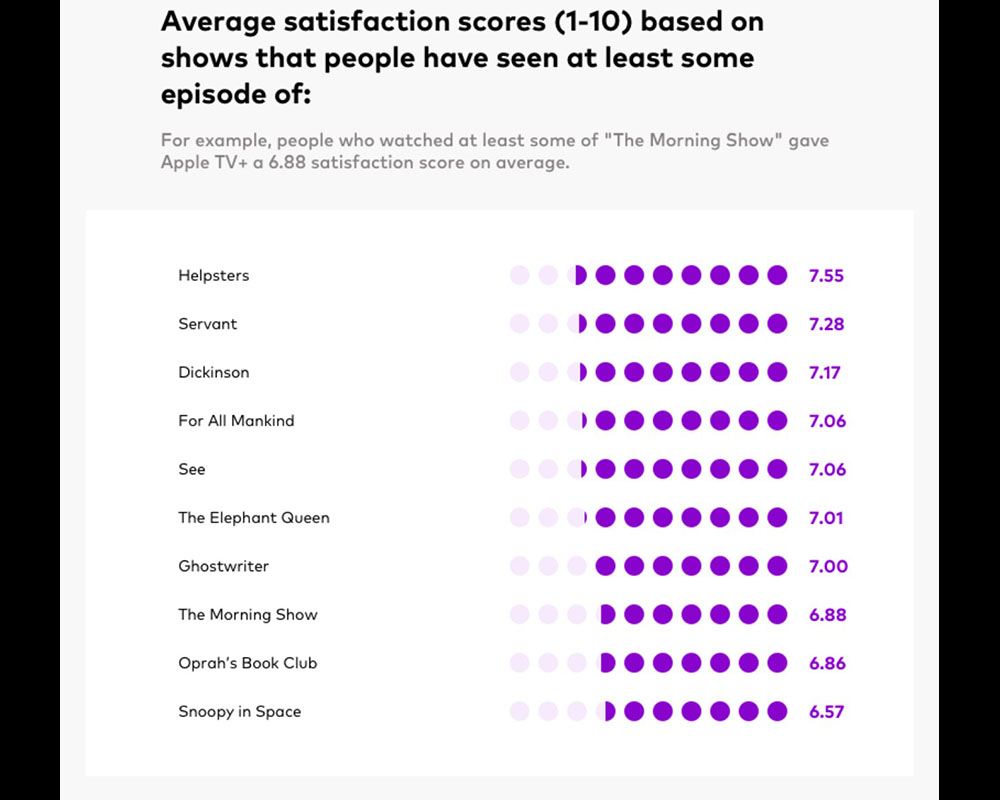 Of course, for those on the one-year free trial, much is likely to change in terms of the number of shows on offer before they have to decide whether they are willing to pay for Apple TV+.