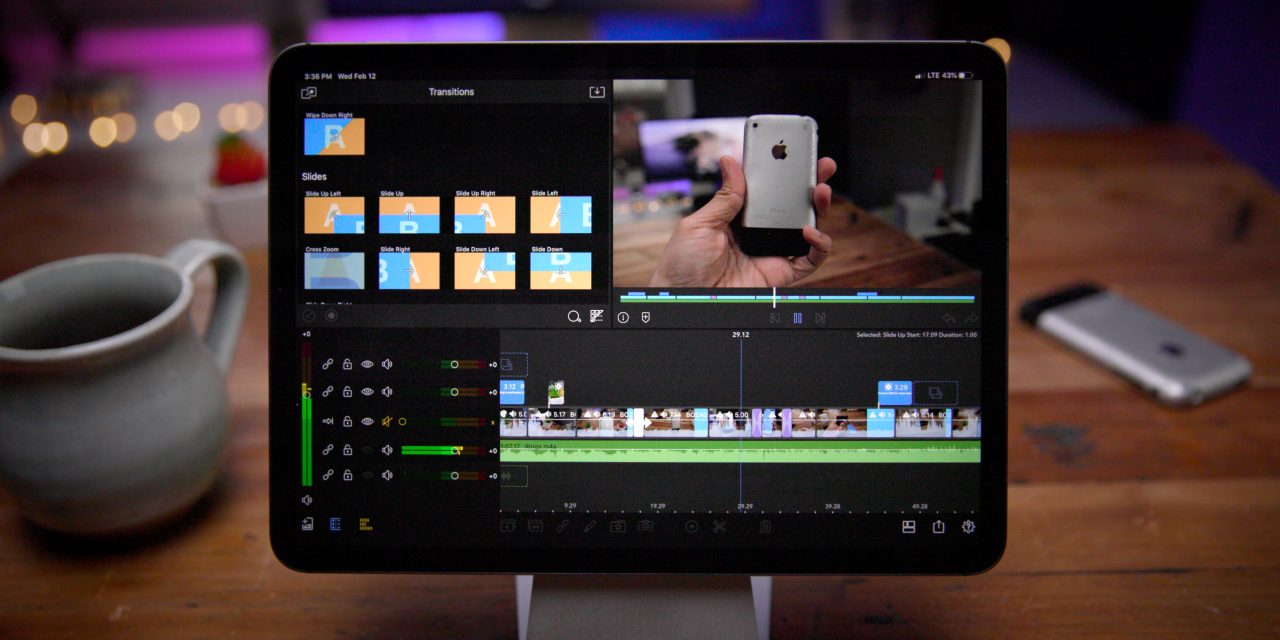 Today is a big day for LumaFusion users, as it marks the day that the app’s long-awaited FCPXML export compatibility for Final Cut Pro X goes live.

With version 2.2 of LumaFusion, users have the option to purchase FCPXML export compatibility for $19.99 via in app purchase. If you’re a video editor who likes to begin editing projects on the go, and finish those edits on your Mac, then this update might be for you.

As you can see, version 2.2 of LumaFusion is a noteworthy update, but it’s without a doubt headlined by the introduction of XML export support for Final Cut Pro X.

FCPXML export files are special zipped packages (.zip files) that contain the timeline data and can also contain the necessary media so that the project may be further edited on Final Cut Pro X on the Mac.

So FCPXML files contain everything you need, both timeline data and the actual media files, to get started on Final Cut Pro X. Once an FCPXML is exported to your Mac — I used AirDrop, but you can use any other means to facilitate the transfer — you can import the file via Final Cut Pro X.

The first step is to create a new project in LumaFusion. Afterwards, it’s just a matter of tapping the Export button and selecting XML Project Package from the list of options.

LumaFusion will next ask you for the archive destination, which can be the Files app, AirDrop, or another app destination. 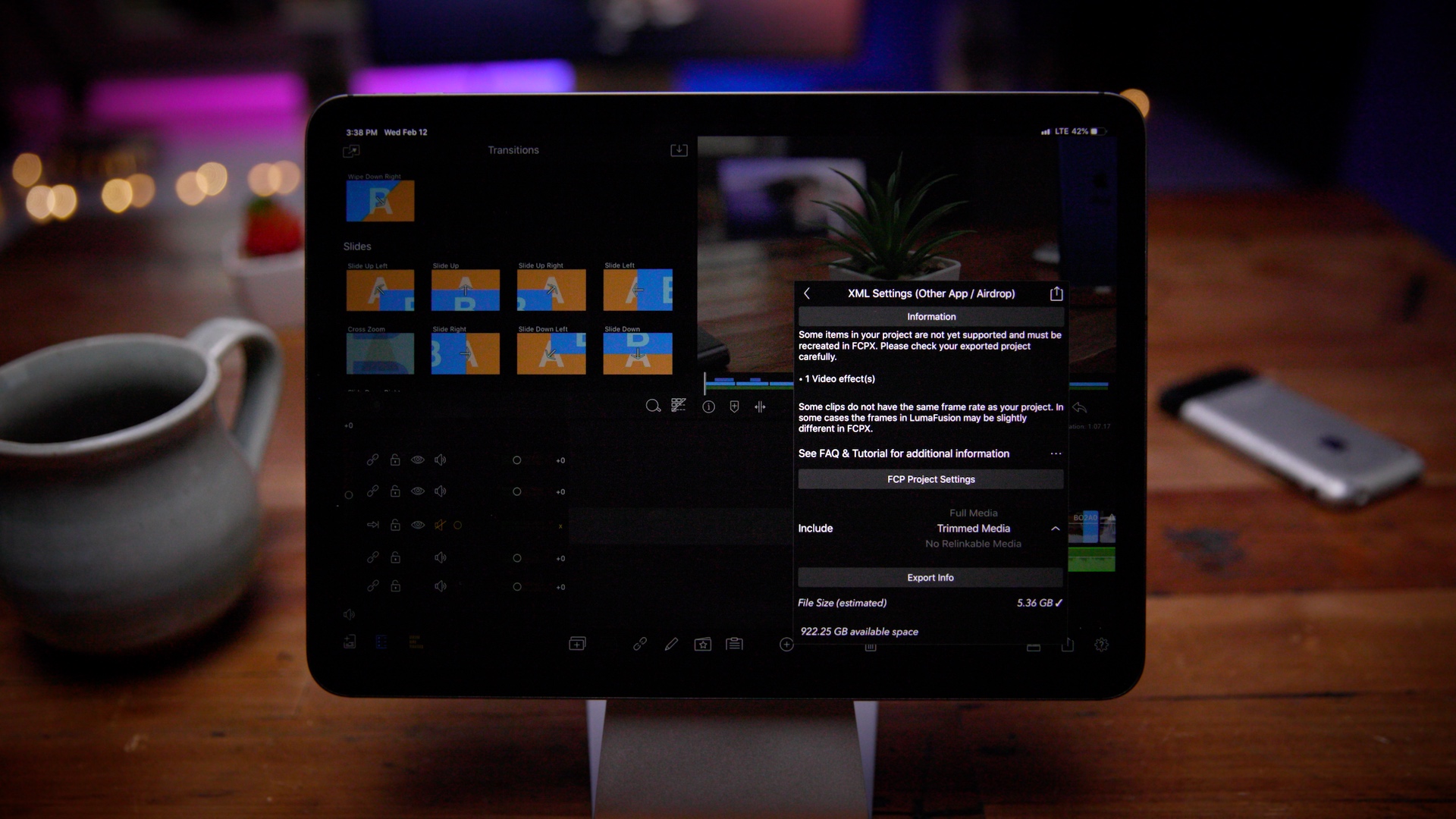 Once you select your destination, you can choose to include the full original media, which will make the zip file larger based on how much original media you have, and the quality of that media. LumaFusion will provide you with an estimated file size of the archive. 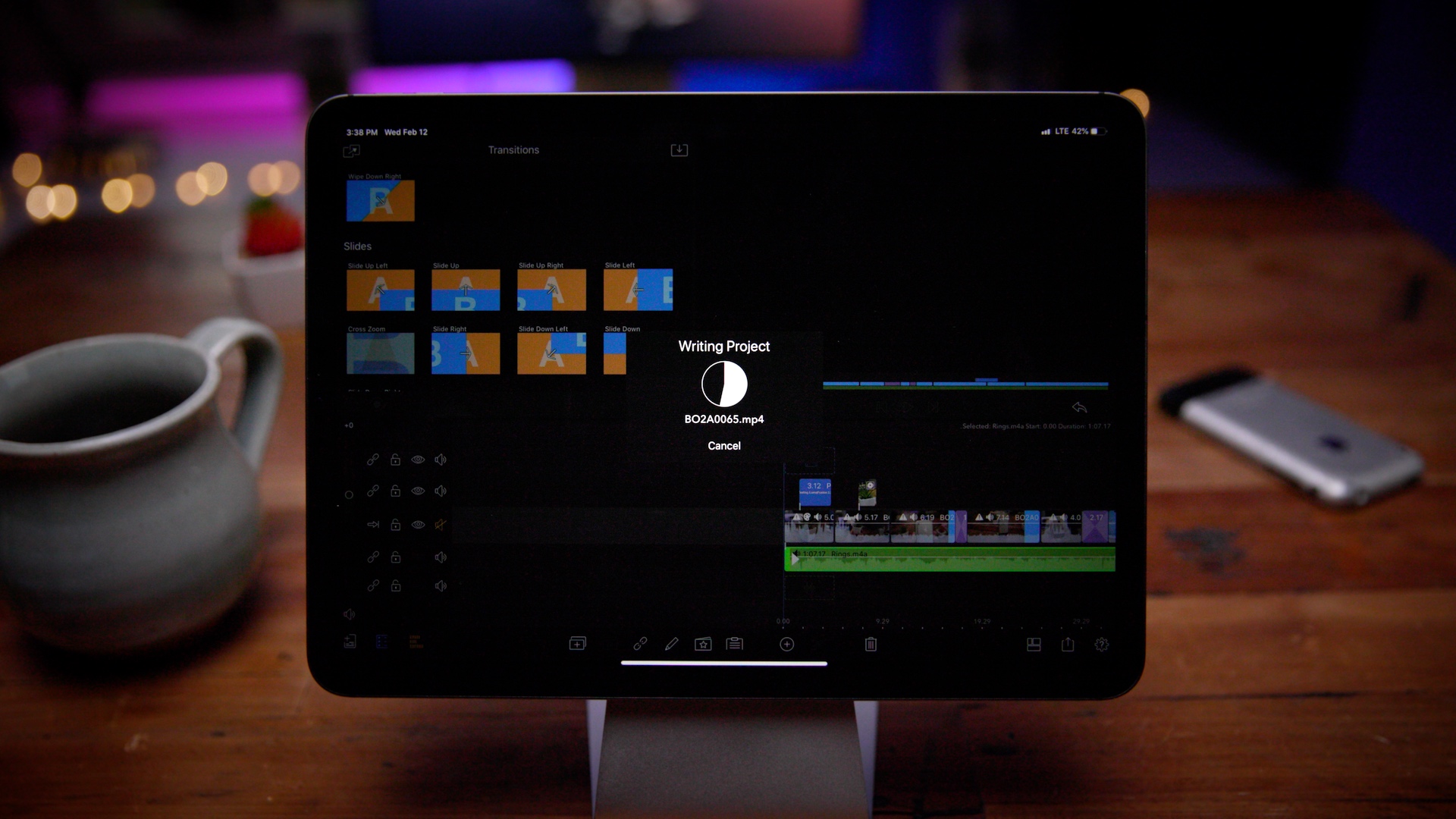 Alternatively, you can choose to include trimmed media only, which includes only media found in the timeline, and not the full clip. This will save on storage space, but it means you will have less flexibility to retime clips in post inside Final Cut Pro X.

The last step is to give your export a name, and to send it along to its destination. In this example I used AirDrop to send the archive directly to my Mac. 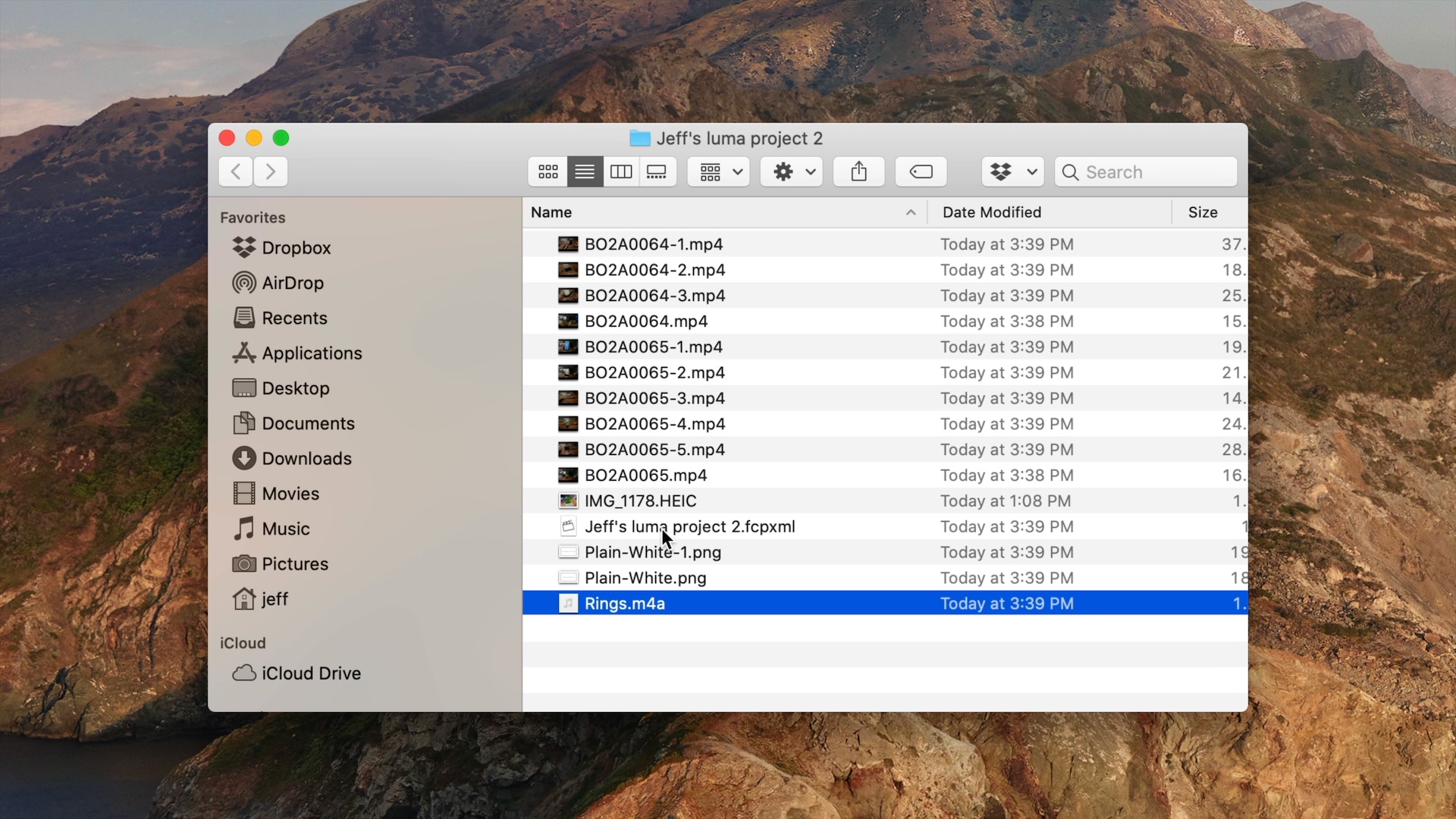 Once on your Mac, it’s just a matter of importing the archive into an existing library. Both the project and media files will be automatically created and linked, if you follow the guidelines outlined in the aforementioned reference guide.

Other things to keep in mind

That’s not to say that your LumaFusion projects have to be rudimentary to be able to properly export to FCP X, you’ll just need to get familiar with what types of features transfer, and which do not.

If you’re a video editor, or even if you just dabble in video editing from time to time, you owe it to yourself to try LumaFusion. Even before the FCPXML support, this app was one of the most impressive apps on the App Store. 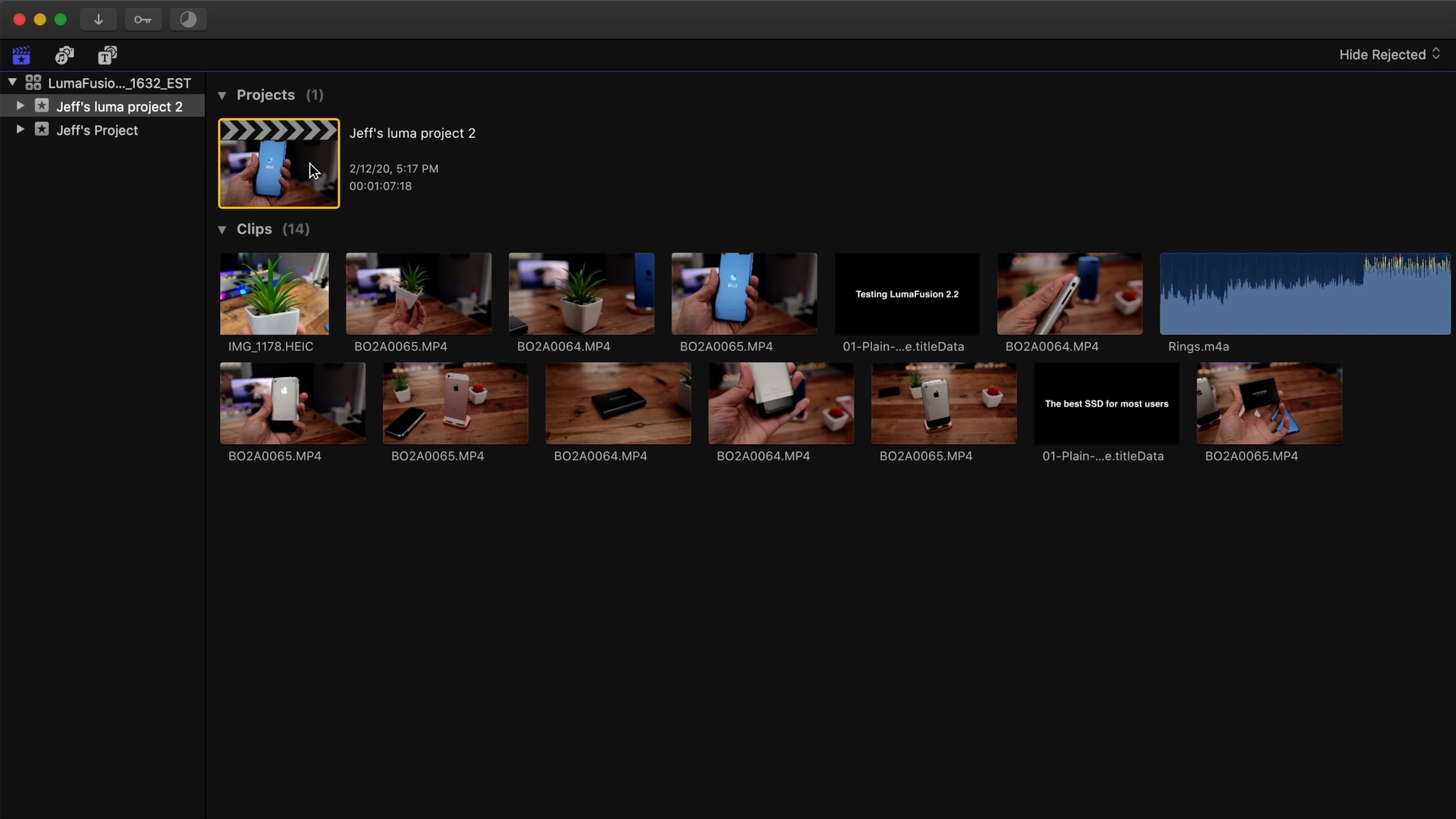 With version 2.2, LumaTouch has shipped one of its most highly anticipated new features to allow users to continue working on projects on their Macs. While it would be great to have an official version of Final Cut Pro X available on the iPad one day, LumaFusion is doing a great job of catering to mobile video editors. 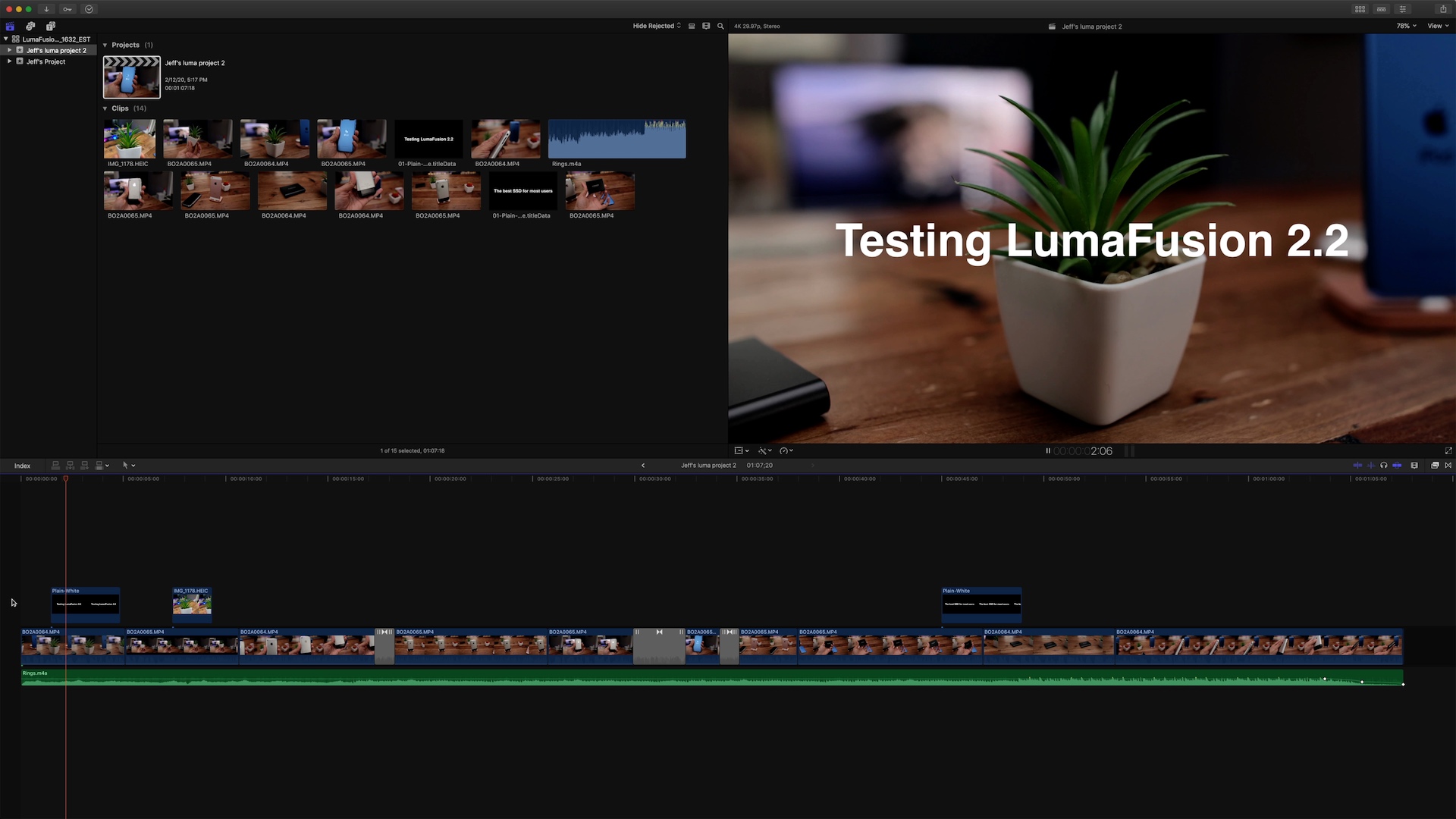 FCPXML support is a $19.99 in-app purchase via LumaFusion 2.2, and it might be worth it if you like the idea of starting your edits on LumaFusion while out in the field, and finishing those edits up on the desktop. It’s not perfect, but it’s by far the best option available for video editors needing such a solution.

What do you think? Sound off down below in the comments with your thoughts.