Should you buy the new iPad Pro? Here’s how it compares to the 2018 iPad Pro 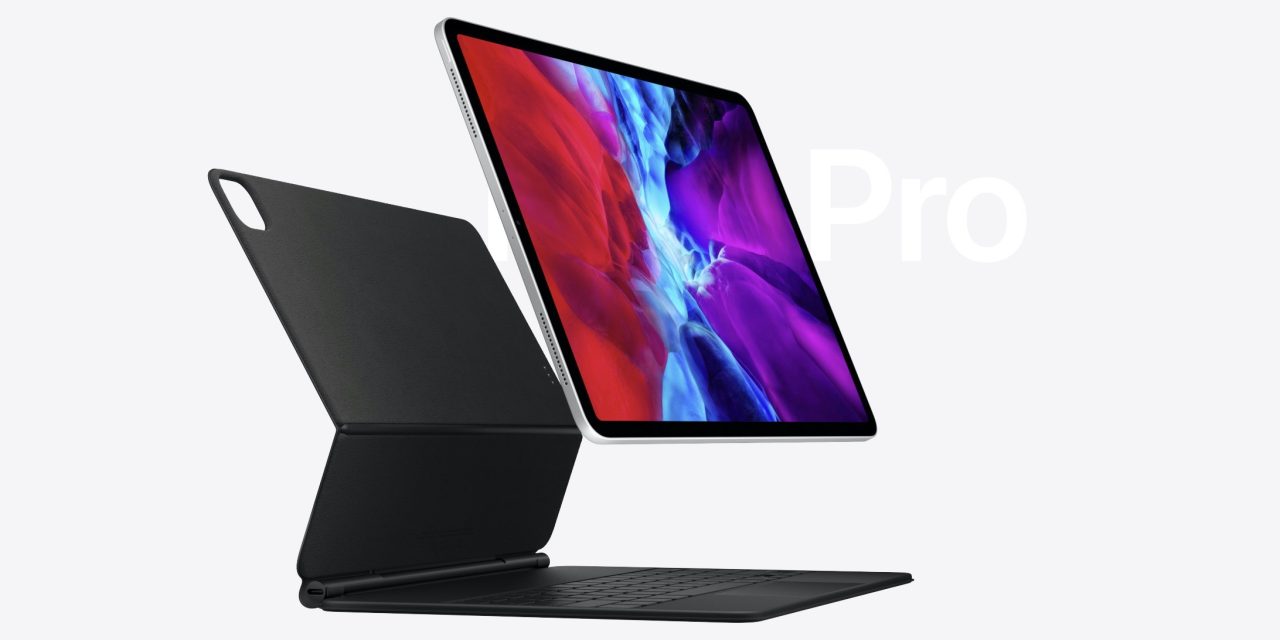 Apple launched the 2020 iPad Pro lineup just about a year and a half after the 2018 iPad Pros arrived with an all-new form factor with a slim-bezel display that ditched the Home button, opted for USB-C, and more. In the first refresh since then, the 2020 11-inch and 12.9-inch iPad bring a number of hardware updates and capabilities. Not sure if you should spring for it? Read on for how the 2020 iPad Pro compares to the 2018 iPad Pro.

While the 2020 iPad Pro lineup does offer some nice improvements, this comparison should help you decide if you’ll value spending the money on the new hardware or if you should stick with your existing iPad or opt for the 2018 iPad Pro.

Apple will often share a percentage for how much faster one of its new A-series processors is compared to its predecessor. With the new A12Z in the 2020 iPad Pro, Apple said:

Now with the A12Z Bionic chip, iPad Pro is faster and more powerful than most Windows PC laptops.

Apple actually shared that when the A12X launched in the 2018 iPad Pro lineup. So with the name staying in the A12 family for the A12Z and no explicit mention of the performance improvement, it’s likely a minor bump.

But to be fair, the A12X already offered phenomenal performance that was nearing the 2018 MacBook Pro. So the A12Z is certainly up to the task to handle demanding workflows.

Built for the most demanding tasks, like editing 4K video or designing 3D models, iPad Pro gets another performance boost with the new A12Z Bionic chip. The eight-core GPU in the A12Z Bionic, along with an enhanced thermal architecture and tuned performance controllers, gives iPad Pro the highest performance ever in an iPad. Combined with the eight-core CPU and the powerful Neural Engine, which enables next-generation apps, there’s no other chip that can offer the incredible performance found in the thin and light design of iPad Pro.

This time around, the new iPad Pro base models see a doubling of the storage to 128GB, a welcome change.

Another nice improvement is all the new iPad Pro models featuring 6GB of RAM. The 2018 iPad Pro lineup featured 4GB for all models except for the 1TB configurations.

This is one of the biggest changes to the new iPad Pro with a new square camera module like the iPhone 11. But in addition to the new ultrawide lens and updated “brighter” flash, Apple has added a LiDAR Scanner to offer an improved AR experience. Here’s how Apple describes how the LiDAR ToF scanner works:

The custom-designed LiDAR Scanner uses direct time of flight to measure reflected light from up to five meters away, both indoors and out. It works at the photon level, operates at nanosecond speeds, and opens up tremendous possibilities for augmented reality and beyond.

Every existing ARKit app automatically gets instant AR placement, improved motion capture and people occlusion. Using the latest update to ARKit with a new Scene Geometry API, developers can harness the power of the new LiDAR Scanner to unleash scenarios never before possible.

Along with the ultrawide lens and LiDAR scanner, the updated wide camera gets some minor 4K video and slo-mo video upgrades. 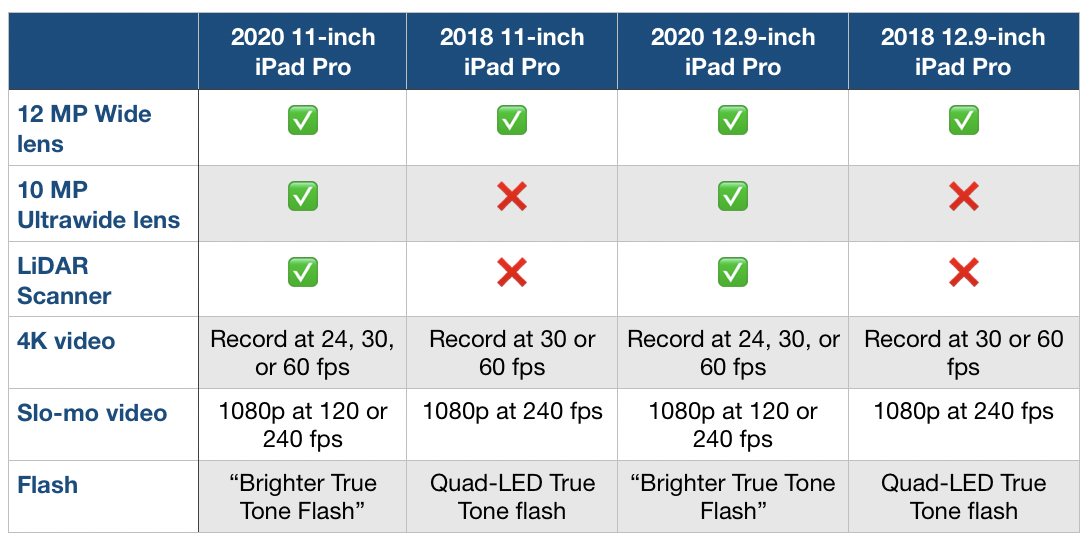 The 2020 11-inch and 12.9-inch iPad Pro feature the same Liquid Retina display as the 2018 versions. But like the processor situation, this is already a really great 120Hz display. 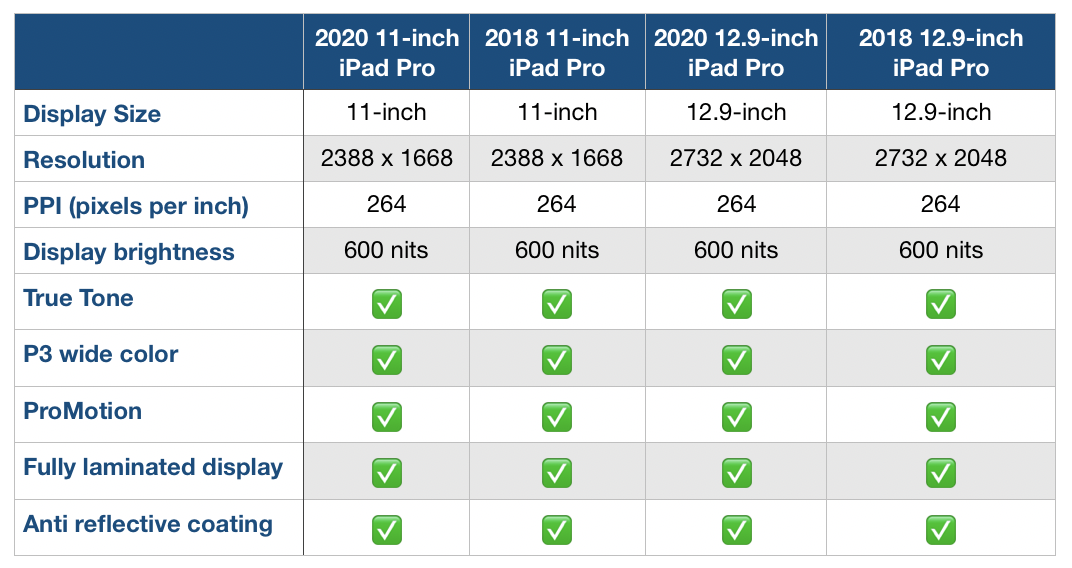 Same applies to all these specs, no changes here outside of the 2020 iPad Pro lineup being a few grams heavier than the 2018 models (likely due to the new camera setup).

In addition to Apple bumping the base model’s storage to 128GB for the new iPad Pro lineup, it’s nice to see pricing is between $50-$250 less than the original pricing we saw for the 2018 iPad Pro for the middle and top configurations.

But if you’re leaning toward between the previous-gen at this point, you can find the 2018 iPad Pro models at a discount compared to the original MSRP from Apple’s Amazon storefront and B&H Photo.

Magic Keyboard + trackpad and other tidbits

One of the major new aspects along with the 2020 iPad Pro lineup in an all-new Magic Keyboard that comes with a built-in trackpad to take advantage of the updated cursor features arriving with iPadOS 13.4.

Apple today also introduced the new Magic Keyboard for iPad Pro. With a floating design with smooth angle adjustment, a backlit keyboard and trackpad, the Magic Keyboard delivers the best typing experience ever on iPad.

It looks like the Magic Keyboard should be compatible with the 2018 iPad Pro lineup as well per Apple’s website. 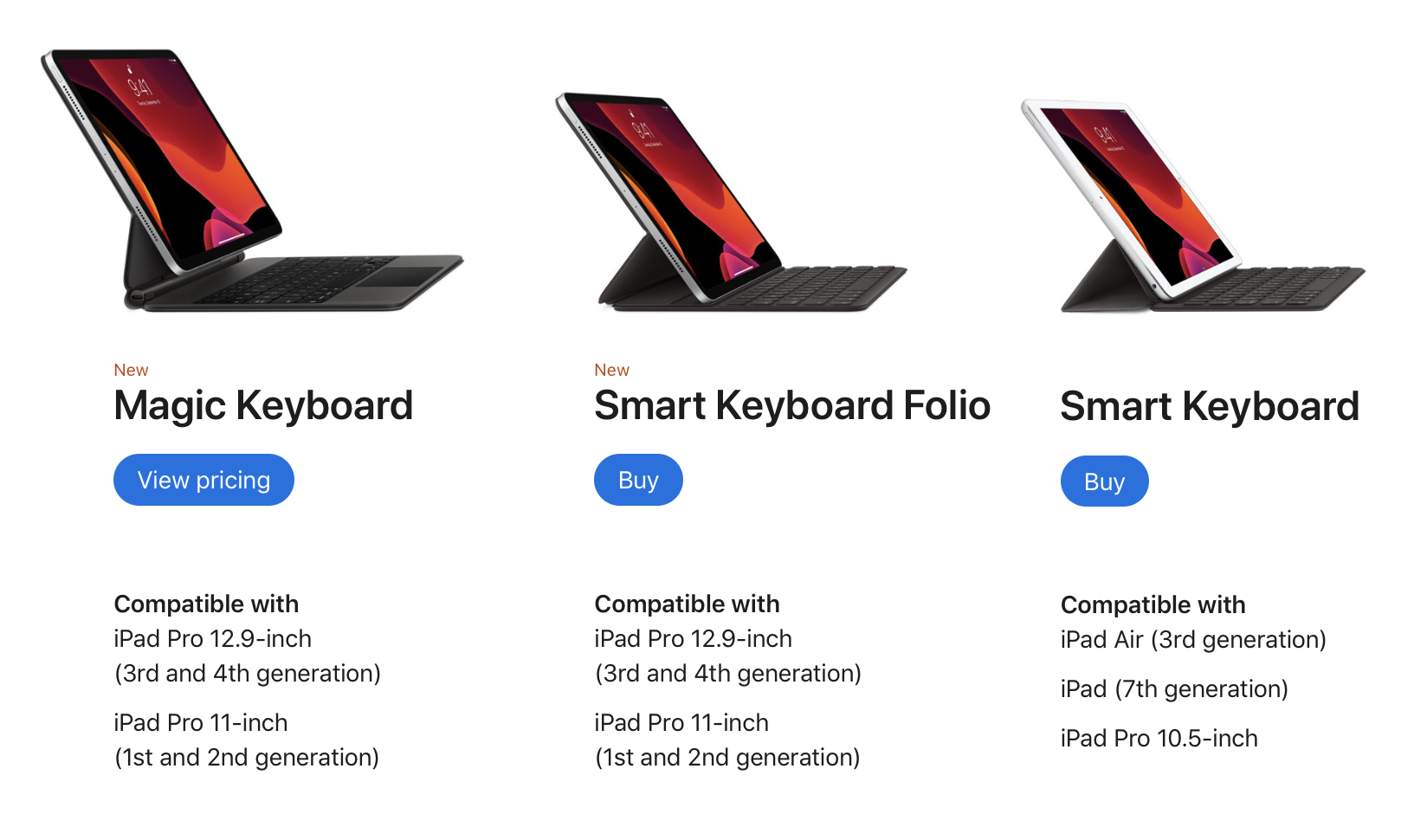 However, then on the iPad Pro specs comparison on Apple’s website, it doesn’t list the 2018 iPad Pro models as compatible, showing just the 2020 models able to use it. Hopefully, that’s just a mistake.

In any case, the $299-$349 Magic Keyboard won’t be available until May but signs point to it working with the 11- and 12.9-inch iPad Pro as well as the updated models.

One other difference that the 2020 iPad Pro lineup brings to users, Wi-Fi 6. It’s the first Apple device since the iPhone 11 to get support for the latest networking. Even the new MacBook Air and 16-inch MacBook Pro released last fall don’t have it and it gives a little more future-proofing to the 2020 iPad Pro over the 2018 models.

Deciding if the 2020 iPad Pro is right for you will likely depend on how much you’ll value the new camera setup, processor and RAM bump, and Wi-Fi 6 support. Assuming the Magic Keyboard with trackpad is backward compatible with the 2018 iPad Pro, those are the major changes to consider.

The new iPad Pro lineup is available for pre-order from Apple on its website and Amazon storefront now with the tablets shipping out starting March 25th.

What do you think? Is the new 2020 iPad Pro something you’ll pick up or are considering? Or is your current iPad or the 2018 iPad Pro a better fit for you? Share your thoughts in the comments below!