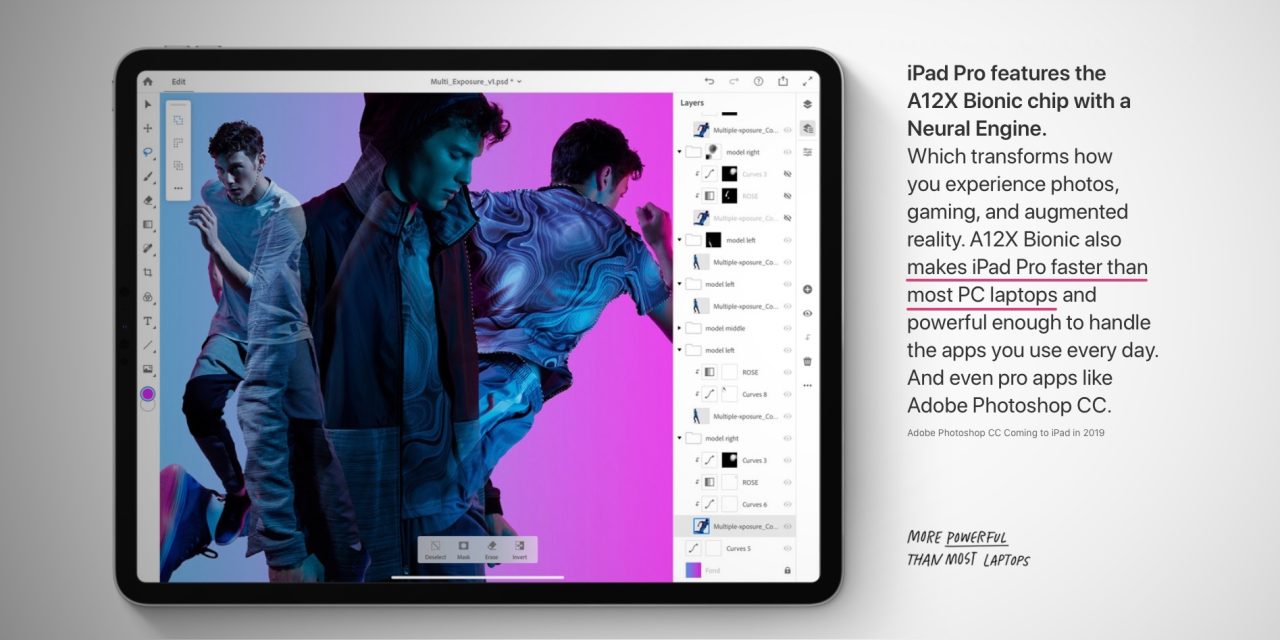 Apple said that the new iPad Pro with its A12X chip was faster than “92% of portable PCs” at its announcement event on Tuesday. Apple uses ‘PCs’ as a nice euphemism for both Windows and Mac computers without directly slighting its own Macs.

Geekbench benchmarks for the new iPad Pro have shown up online, and the scores are certainly impressive. The iPad reports ~5030 in single-core, and ~18000 in multi-core. The single core score goes to toe-to-toe with a 2.6 GHz i7 2018 MacBook Pro …

The six-core i7 is faster in the multi-core benchmark than the eight-core iPad Pro — but it is really not that far behind.

The 2017 iPad Pro can achieve 3908 single-core and 9310 multi-core scores. The new iPad Pro is 30% faster than its predecessor in single-core and effectively doubles multi-core performance up to 18217, at least according to these synthetic benchmarks.

With the current state of iOS, the additional RAM will primarily make a difference in how many apps can stay frozen in memory, or how many Safari tabs can be kept open without reloading. In terms of future-proofing, obviously bigger is better.

Who knows what new iPad features will come along in iOS 13 or iOS 14, and there’s a chance that some features may require higher available RAM (or at least work better with the additional 2 GB floating around).

The new iPad Pro models can be ordered now from Apple.com, with first orders shipping to customers on November 7.