Comment: Even an online-only WWDC won’t be simple for Apple this year 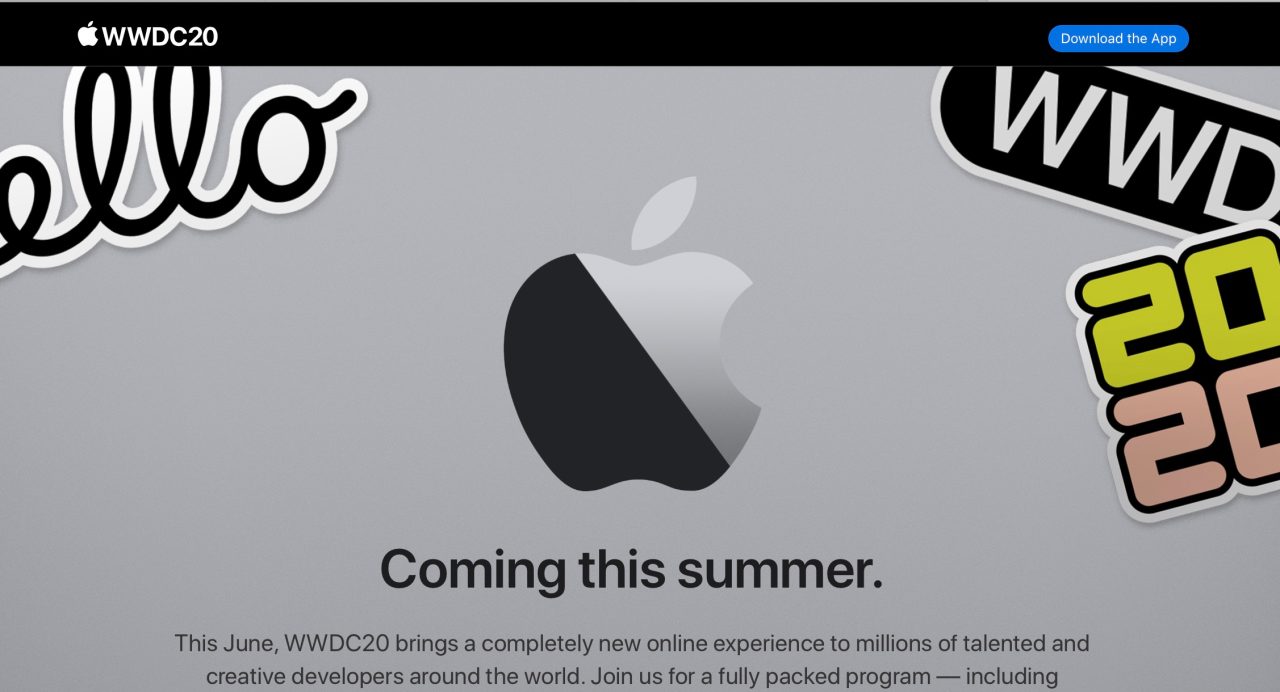 In February, as the coronavirus pandemic spread further and faster it became clear that Apple was likely going to have to cancel its traditional WWDC plans. That did happen with Apple offering a positive spin last week for an all-new “online experience” that more developers than ever could participate in.

However, just a week later with the pandemic growing, Google has fully called off its I/O developer conference that was also pivoting to an online model and scheduled for May as the state of California has moved to a shelter in place order. So the next question is inevitable, is it feasible for Apple to pull off a web-based WWDC even though it’s not until June?

With how fast the pandemic is changing, it’s naturally hard to know or plan the next week or even day for business leaders. Google shared this statement as it canceled the online version of its yearly I/O dev conference:

Out of concern for the health and safety of our developers, employees, and local communities — and in line with “shelter in place” requirements by the local Bay Area government — we sadly will not be holding an I/O event in any capacity this year.

Apple is in the same boat as far as the current shelter in place order but it has the benefit of its online WWDC experience being scheduled a month later, or even up to almost two months later than Google’s conference since it didn’t announce the exact days it will host WWDC in June yet.

However, there’s still a lot to consider. If the shelter in place order does continue in the weeks and months ahead, how would Apple pull off WWDC logistically? Steve Troughton-Smith brought up some of the concerns on Twitter.

An online-only WWDC is going to be near-impossible to pull off; are employees supposed to record sessions from their homes? Who's gonna film it, who's gonna distribute it? Never mind who is going to be able to actually get an iOS 14 ready for distribution while WFH under lockdown

My colleague Benjamin Mayo offered some counterpoint to finding a solution.

The pre-recorded sessions from previous WWDC don’t have a video of the speaker, it’s just the slides with a voiceover. Ship mics to engineers, record at home?

Bloomberg’s Mark Gurman suggested Apple could still stream a keynote and that things could improve in the coming months.

And another good point, Mark brought up how much more integral WWDC is for Apple and its shipping schedule for software and hardware that I/O is for Google.

This is in response to Google fully cancelling I/O. For Google, it’s not the end of the world. For Apple, WWDC is basically the heart of their entire business: the software that powers their hardware. There is no chance Apple cancels it, they’ll get it done however they have to. https://t.co/1Vq4rwC2lY

With the situation changing day by day, Apple is no-doubt considering all of these factors in how it puts together its first-ever online WWDC. And that’s a big benefit in itself… with there being no norm for how a WWDC via the web will go, Apple gets to write the playbook however it would like (or can). Add in the extra month or two that Apple has compared to Google and I think the situation looks more hopeful.

Even though I can see the big concerns and challenges that Steve mentions from a logistics and even just iOS 14 development standpoint, I agree with Benjamin and Mark in believing that Apple will find a way to deliver WWDC in some capacity in the best way that it can.

What do you think? Will Apple find a way to deliver its online WWDC this year? Share your thoughts in the comments below!