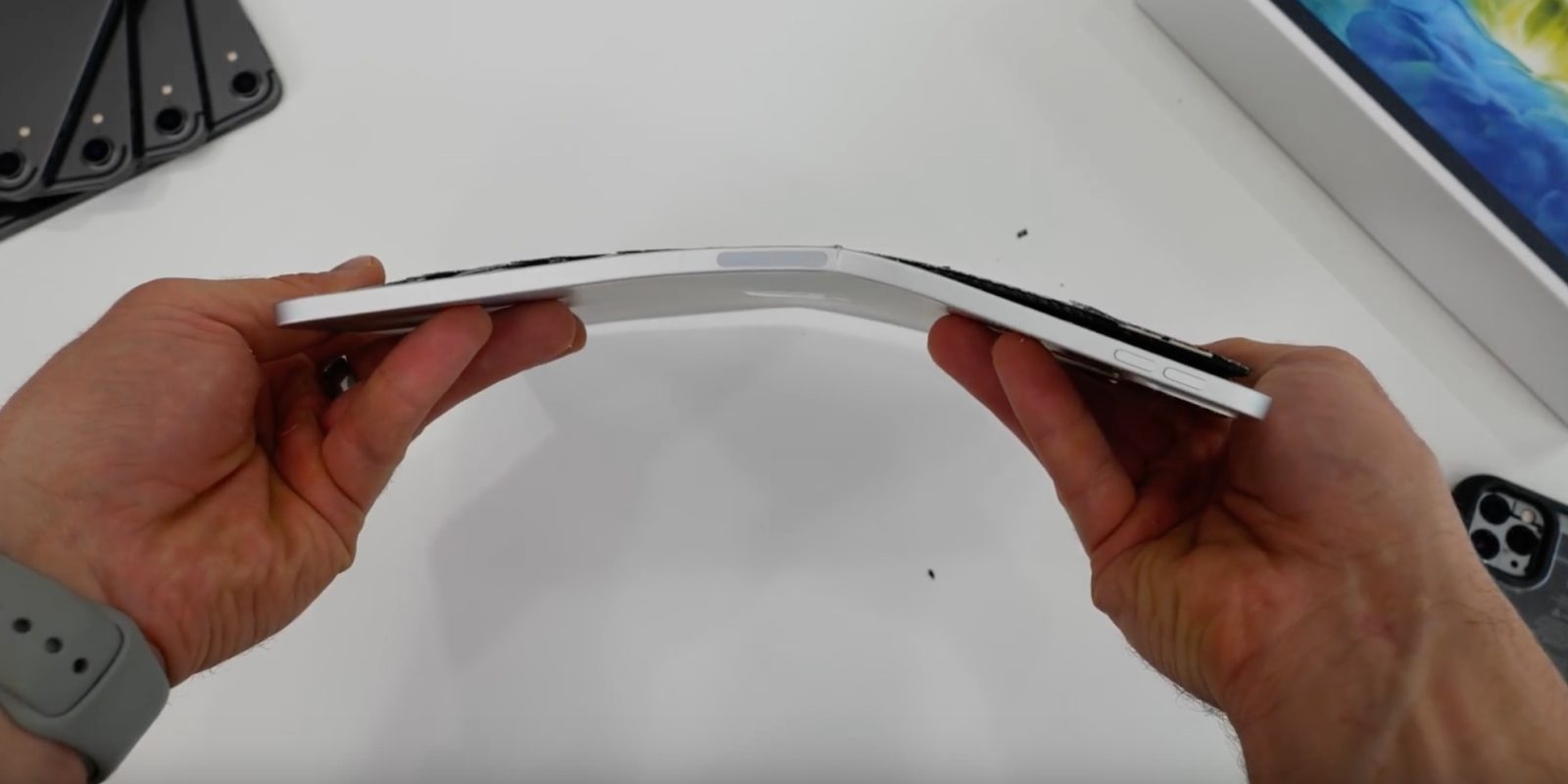 When the 2018 iPad Pro came out, its radically fresh redesign inevitably brought with it an Apple hardware scandal. A portion of users noticed that their iPad was slightly bent out of the box, and the name #BendGate was coined. Apple ultimately released a support article that quietened most of the outrage, saying that some slight bend was within operating tolerances.

It was also observed that the iPad’s design meant it was easily bent in half with just a little amount of force. Some people reported that the iPad was getting bent just being carried around in a backpack. Now, we have a new iPad Pro, featuring the same thin aluminum enclosure, so did Apple do anything to reinforce the iPad’s structure? It doesn’t seem like it.

In a test conducted by the YouTube creator EverythingApplePro, his 2020 iPad Pro seems just as easy to bend as the 2018 generation. A relatively small amount of force applied to the middle of the iPad will cause it to flex and quickly crack the screen of the tablet.

So, to reiterate, don’t try and bend your iPad Pro. Just like the 2018 model, you may want to be a little wary about placing it in your backpack with a load of heavy books on top of it. As long as you are sensible with it, it should stay pristine.

The real bendgate controversy of 2018 was about the fact that some customers were receiving their iPads with the product bent out of the box. Apple would replace anything that fell outside their 400-micron tolerances, but it was of course annoying to pay $800 or more for a shiny new iPad only for it to be visibly crooked.

The new iPad Pro is only just shipping to customers this week, so we don’t really have any evidence to say if that will happen again.

However, most of the attention of this product cycle is focused on the new cursor support in iPadOS 13.4 and the Magic Keyboard accessory. The Apple keyboard-trackpad combo accessory won’t be available until May, but you can start using the cursor mode with your existing iPad today.