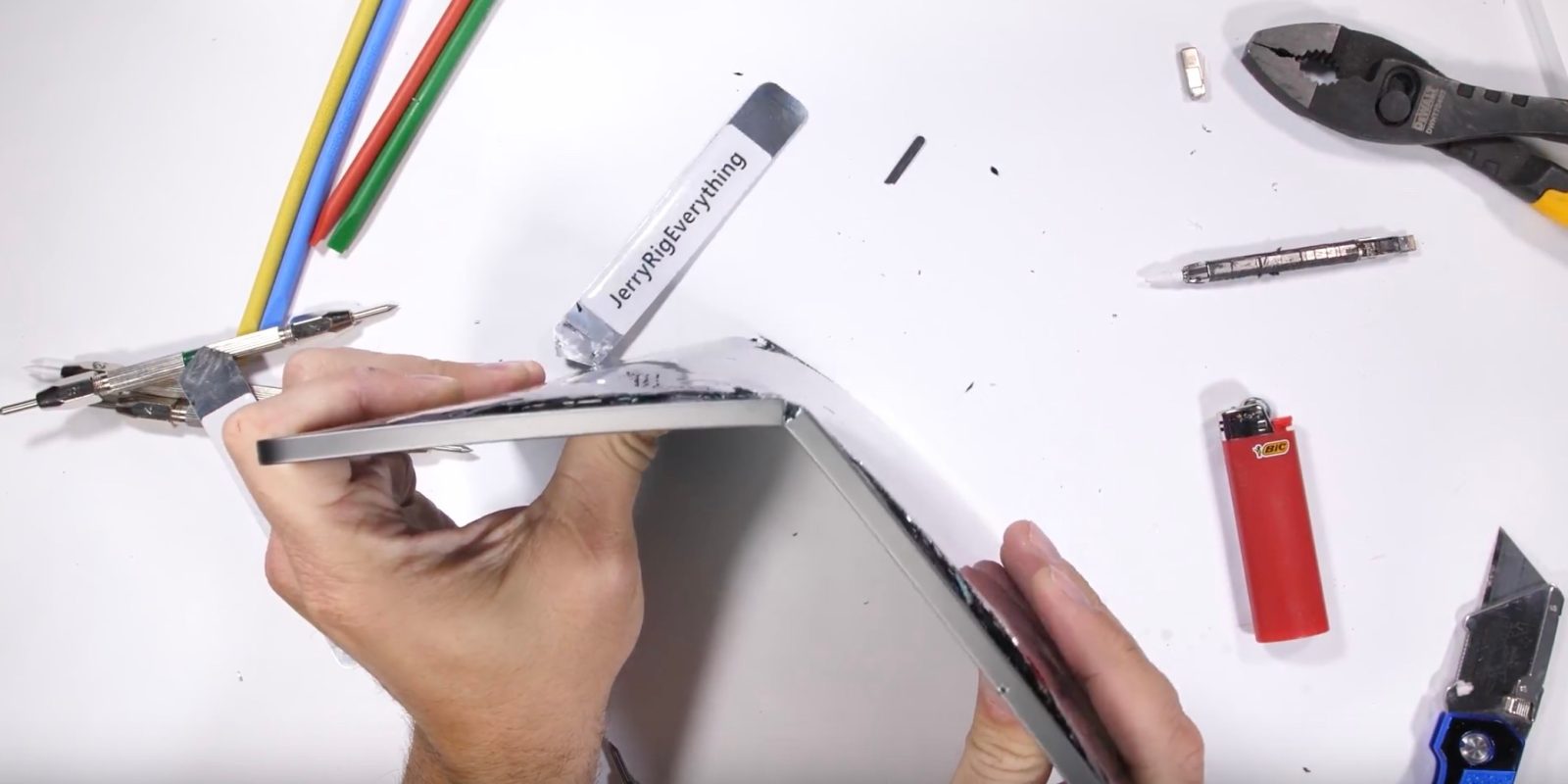 A new video from the JerryRigEverything channel tested the durability of the new iPad Pro hardware, subjecting Apple’s newest tablets to scratches, burns, and bending …

As well as the iPad itself, the video deconstructs the Pencil so we can get a look at its innards. The performance of the iPad’s aluminium metal exterior was in line with previous products; Zack Nelson took the opportunity to inscribe a drawing on the back case by scratching away the space grey anodisation. Not quite how Apple intended for people to draw on the iPad …

As usual, Apple claims it is using sapphire crystal covers for the cameras. However, this iPad Pro features the same material as previous iPhones and iPads. Under closer inspection, Apple’s sapphire does not hold up in hardness testing when compared to what you would expect from ‘real’ sapphire, with the iPad camera scratching at level 6. It appears Apple’s composition of sapphire is not very pure.

Most notably, Nelson shows how is it easy to bend the iPad Pro in half. With relatively little pressure, the screen cracks and the unit can essentially be snapped in half.

It is a little disconcerting, but there’s probably no room for a renewed round of BendGate here; testing of older iPad Pro generations has also shown similar weakness. This bend test of the 2017 10.5-inch iPad Pro is very similar to the new iPad Pro. Colleague Chance Miller did have his 10.5-inch iPad Pro bend in his backpack, so be sure to transport your devices with care.

The form factor of tablets is inherently more fragile than a thicker laptop shell. The 2018 iPad Pros are the thinnest iPads to date, so it is likely they are more prone to this kind of breakage. Earlier in the video, Nelson shows that the cover glass of the display seems particularly thin. With very little pressure, the screen distorts underneath it.