Apple News is down for many users [update: fixed] 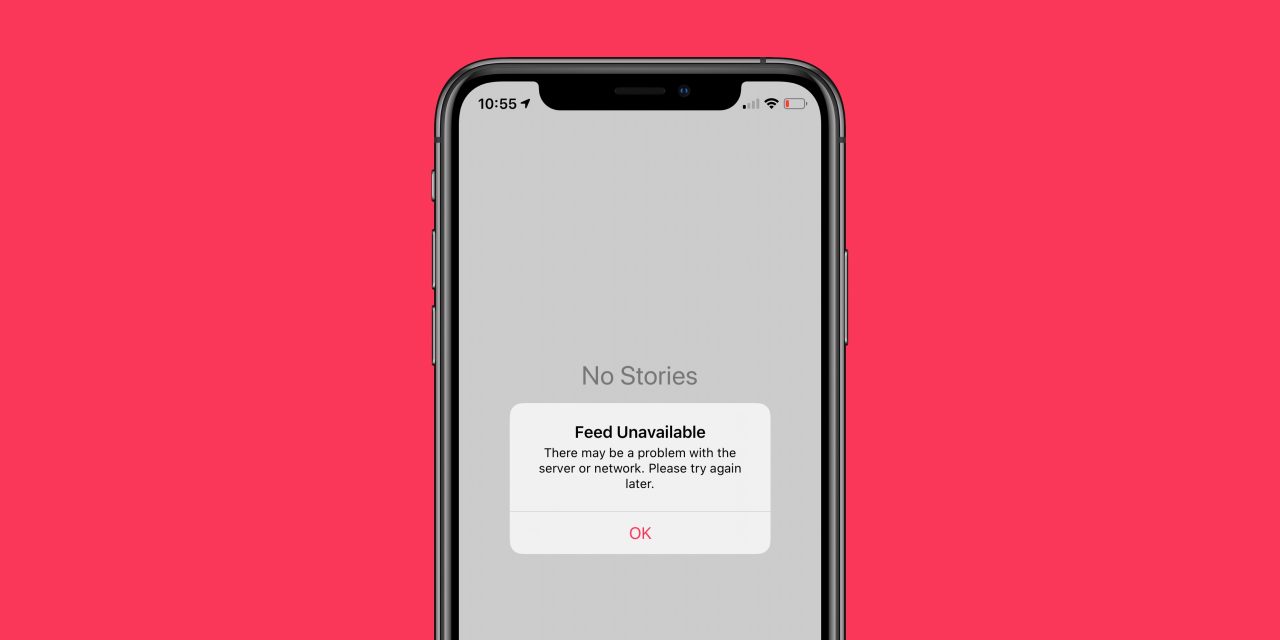 Update: The Apple News service appears to be fully operational once again. Original story below unchanged.

Many users are unable to use the Apple News app this morning. Rather than seeing a feed of today’s stories, upon opening the app, users are presented with an error message stating that the feed is unavailable.

If you dismiss the dialog, other areas of the News app appear still to be up. So you can browse the News+ catalog or find individual channels, but the main Today news feed is not loading.

Apple News is available in the United States, the United Kingdom, Canada, and Australia. The current server problems appear to be affecting users in every supported region. The same error message is also appearing across iPhone, iPad, and Mac versions of the application.

Apple has said that Apple News is the most popular news app on the iPhone, which shouldn’t be too much of a surprise as the app is preloaded. Nevertheless, this means tens of millions of people rely on Apple News every day to stay informed with current affairs.

The company has invested heavily in News in recent years, as it sees the Apple News app as another way to drive Services growth. Apple News+ launched just over a year ago, offering access to 300 premium magazines and newspapers. Reception to the service was mixed, with many complaints about the News app UI being confusing.

Apple News+ costs $9.99 per month; it is believed that Apple keeps half of that revenue and the other 50% is split between participating publishers based on audience share. Whilst some publishers were pleased with how the service is performing, others were reportedly unhappy. It is understood that publishers are currently renegotiating terms with Apple, as their initial contracts were set to expire after one year.

The ‘next-generation’ of CarPlay is launching this ...