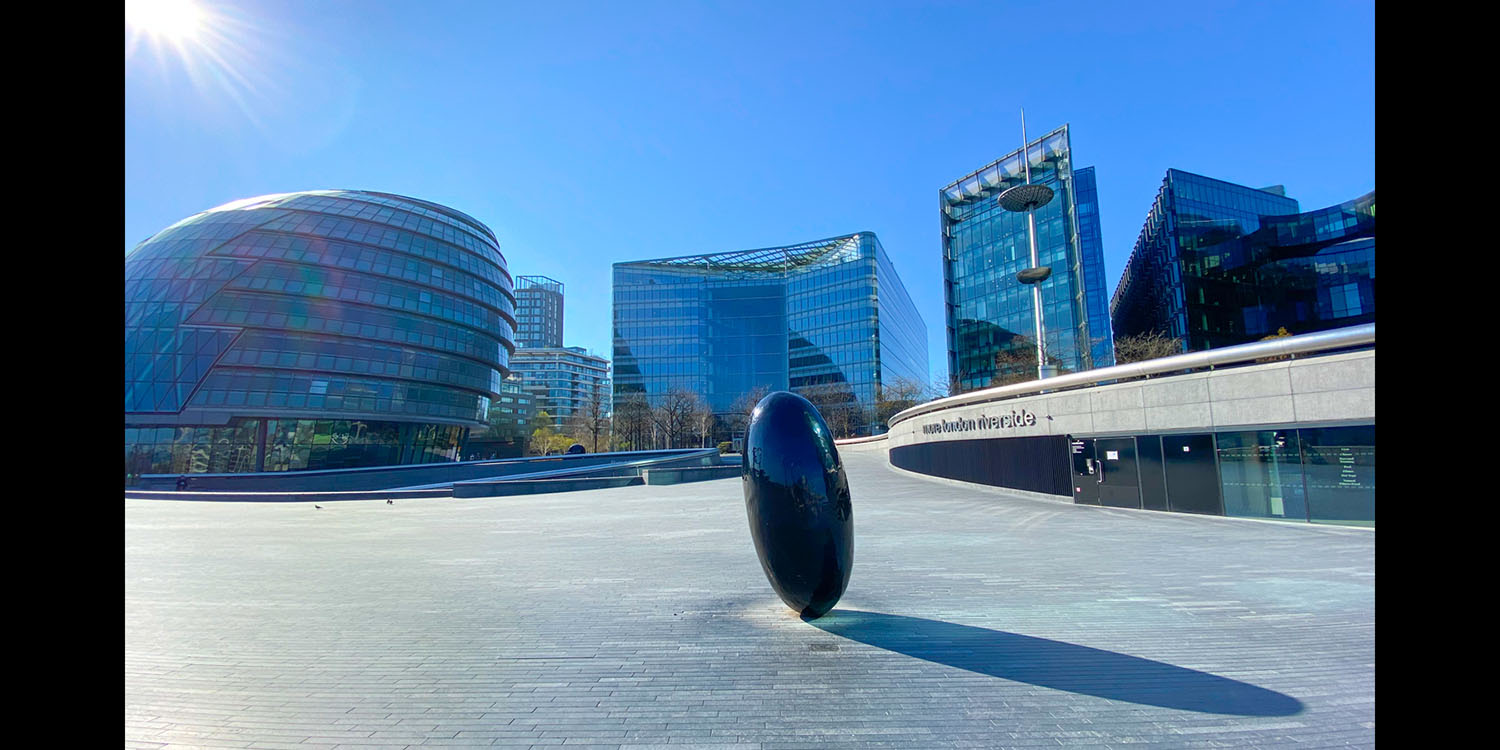 It’s not quite 28 Days Later out there, but I did get the chance to put the iPhone 11 Pro camera to an unusual test some 28 Weeks Later – almost to the day since the phone’s launch.

The UK is under lockdown at present, with people allowed out only for four reasons: work which cannot be done from home; shopping for essentials; medical or emergency needs, for you or someone else; and exercise – which is to say, walking, running or cycling …

I’m not a morning person at all, but a chance to experience an almost completely empty London while exercising seemed too good an opportunity to pass up. So 6.45am Sunday saw me crawling out of bed and onto my bike for a cycle ride around the city.

It feels kind of weird to say it, given the terrible circumstances that make the experience possible, but I have to say it was a pretty spectacular ride. I just did a loop around central London – nowhere I haven’t been thousands of times before – but it was just incredible to see the city this empty. Most places, it was me, a handful of other cyclists, and a few joggers.

Regards photography, I noticed an interesting psychological factor at play. I wanted to take some photos, but taking out a DSLR, or even a mirrorless camera, did feel like pushing the definition of exercise a little. Taking my phone didn’t.

But the iPhone 11 Pro camera is so good that I didn’t feel I was missing out in any case. The light was challenging, because there was very bright sunlight, so the contrast between lit areas and shadow was extreme. 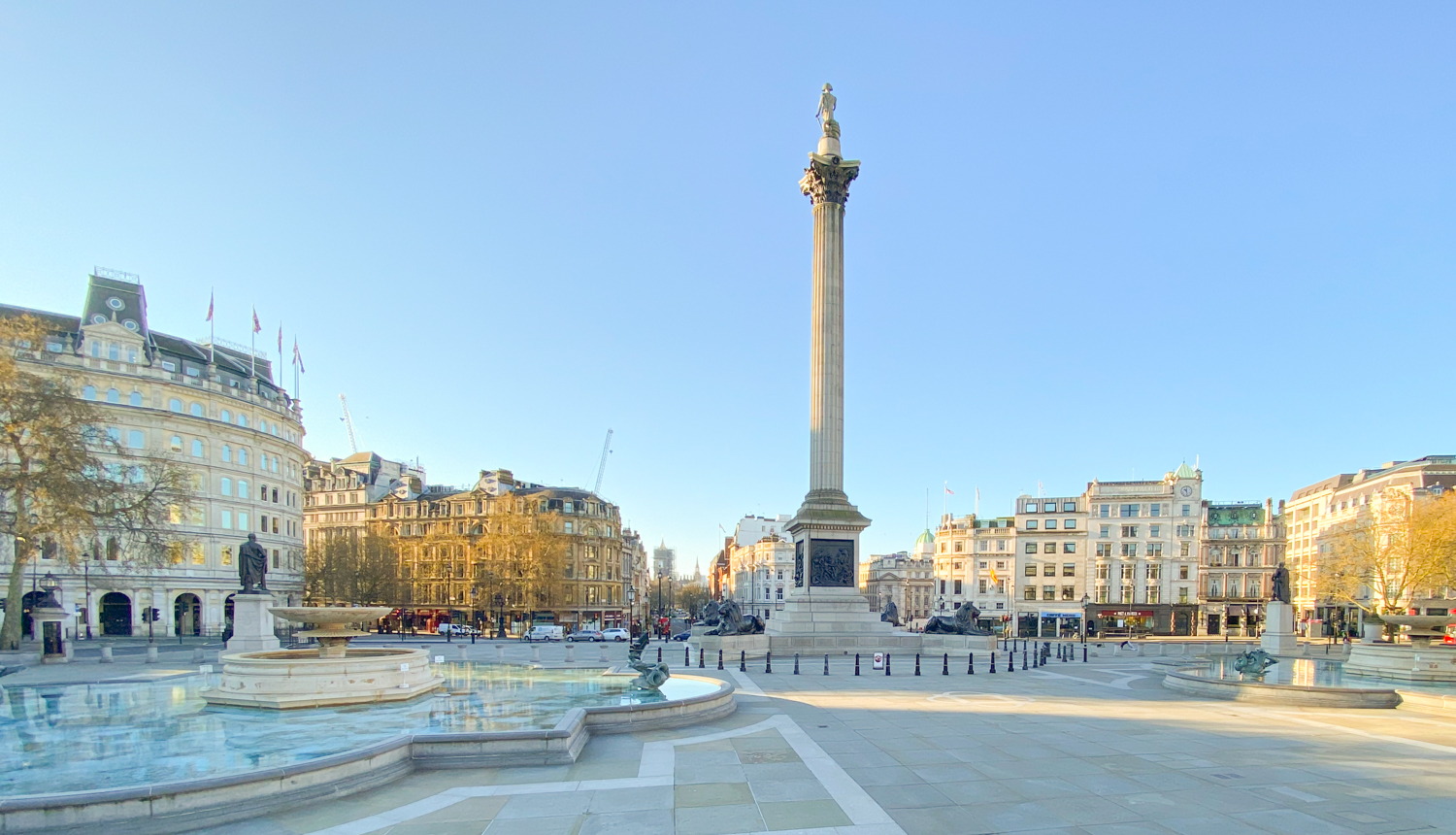 HDR helped a lot, and for the rest I was able to pull out the shadow areas in editing. I did the editing in Lightroom, as it was easier to see what I was doing on a larger screen, but a quick test showed that the iPhone’s own Photos app did just as good a job. 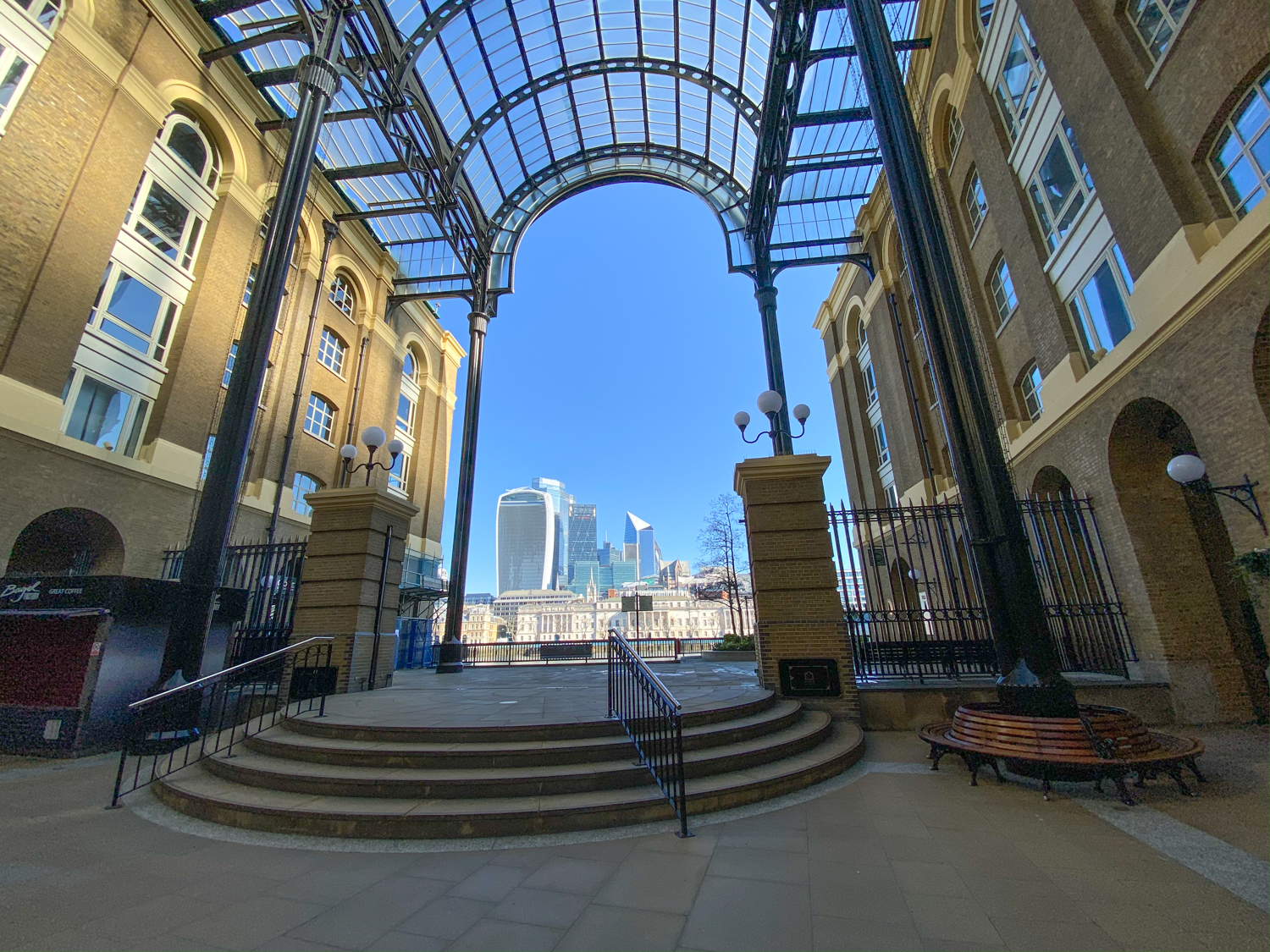 The iPhone 11 Pro camera: shooting into the light

Some of the time, I was shooting directly into the light – and with the sun in a cloudless sky, which is the toughest challenge for both camera and lens. 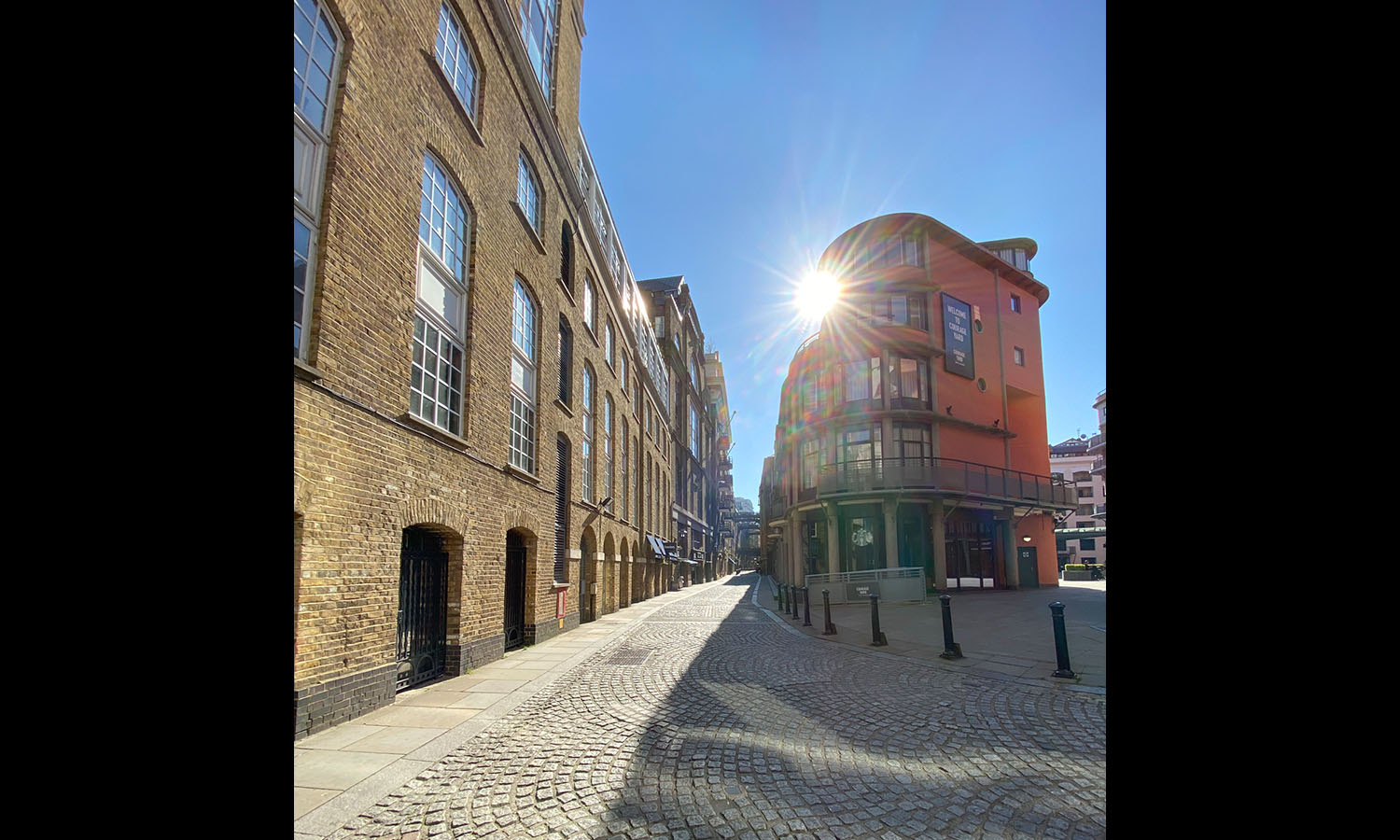 Here, I have to say I was blown away by the capabilities of the iPhone. Yes, I had to boost the exposure in editing and then recover the shadows, but the amount of detail I was able to recover was nothing short of astonishing. Sure, there’s reduced contrast, and some internal reflections, but the quality is really stunning for these conditions.

The ultra-wide-angle lens made a huge difference. A tighter frame can be used to selectively crop out people, so it would be possible to create the illusion of empty streets even when there are some people around, but a wide-angle shot like this allows no such trickery. It really drives home just how empty the city really is.

Covent Garden, for example, would usually have literally hundreds of people in this walkway. 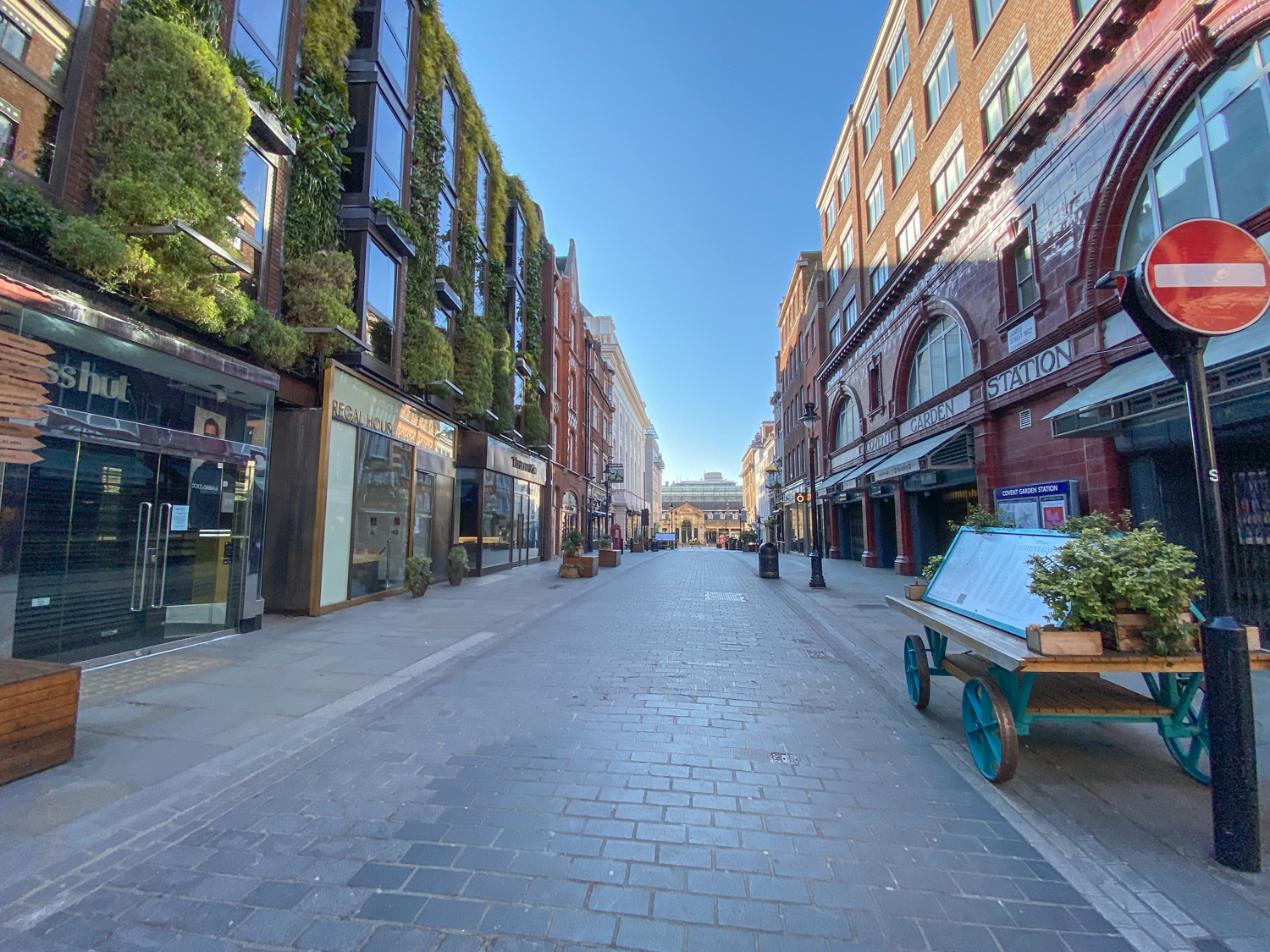 In the main square, with the Apple Store just behind me and to my left, this too would normally be absolutely rammed with people. 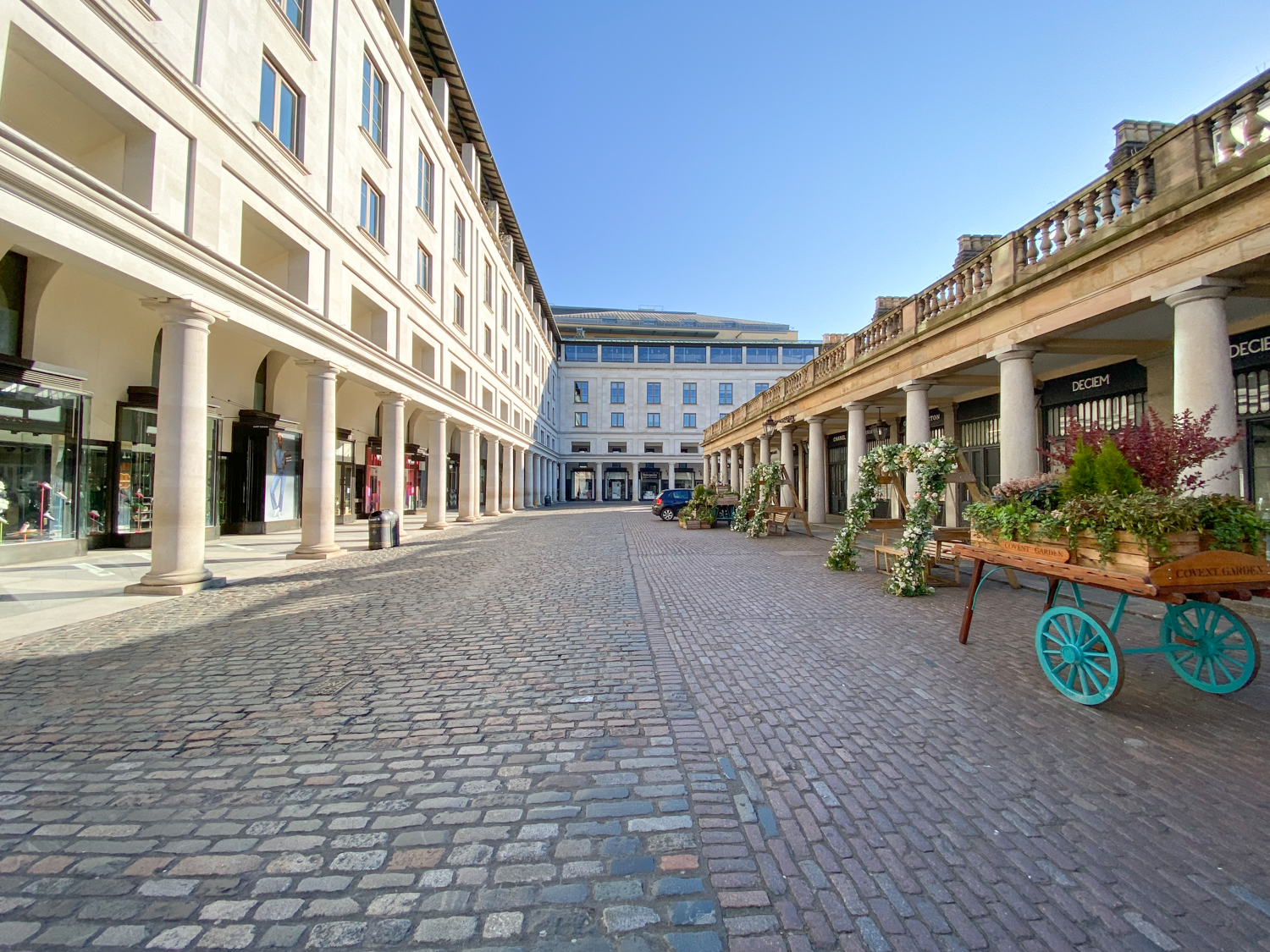 Ease and speed of shooting

As this was supposed to be exercise, not a photoshoot, I didn’t feel I could justify spending a lot of time to set up a shot. I wanted to be able to stop, take a quick shot then move on. 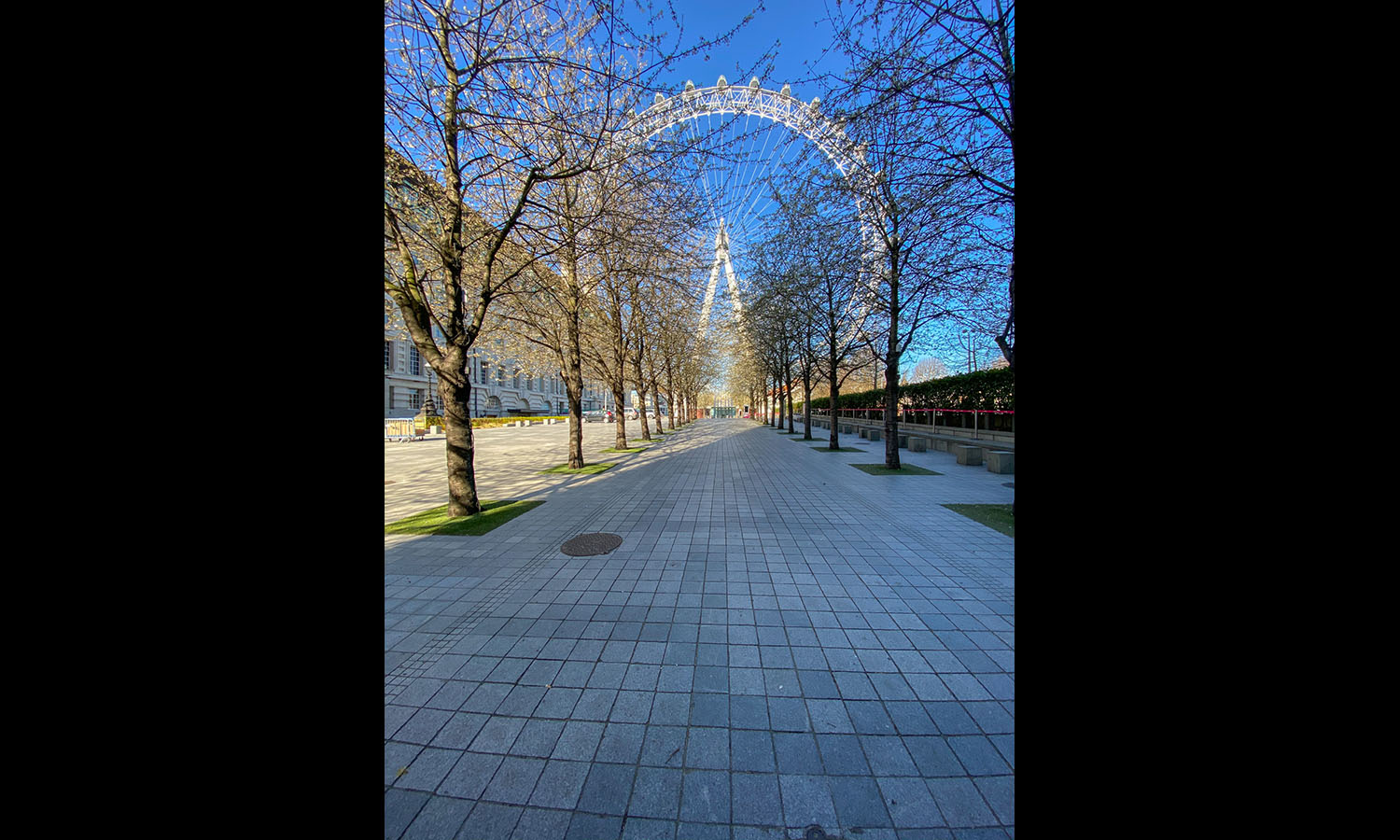 The iPhone was much faster. Face ID meant that it unlocked instantly (even with my sunglasses and cycling cap on), and it really was just point-and-shoot. Yes, I could choose any focal length in the range, but almost always I was just tapping on 0.5 and shooting.

I had a mini-tripod, and for a few shots I placed it on the ground to shoot, like these two shots looking first one way and then the other on the short walkway and bridge between St Paul’s Cathedral and the Tate Modern. 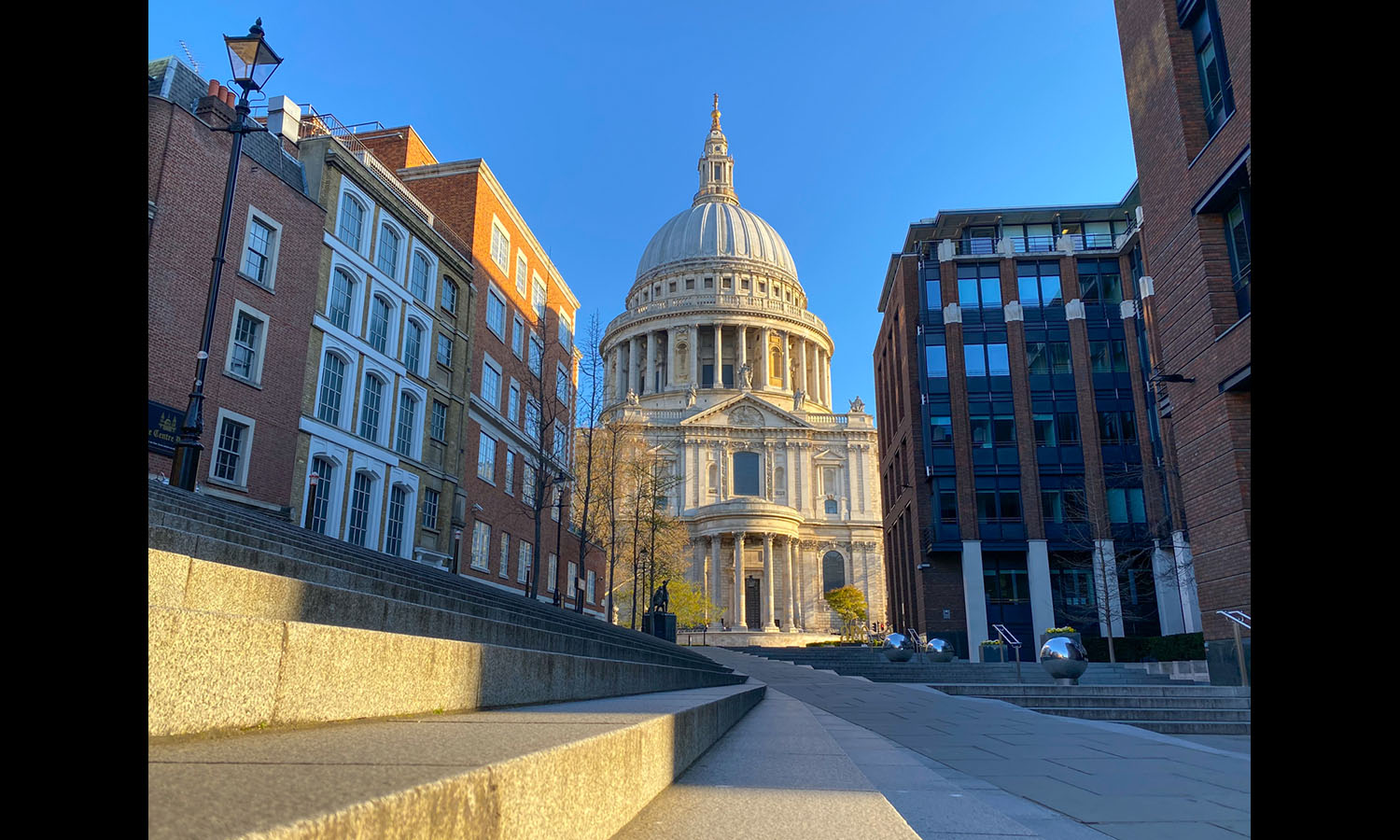 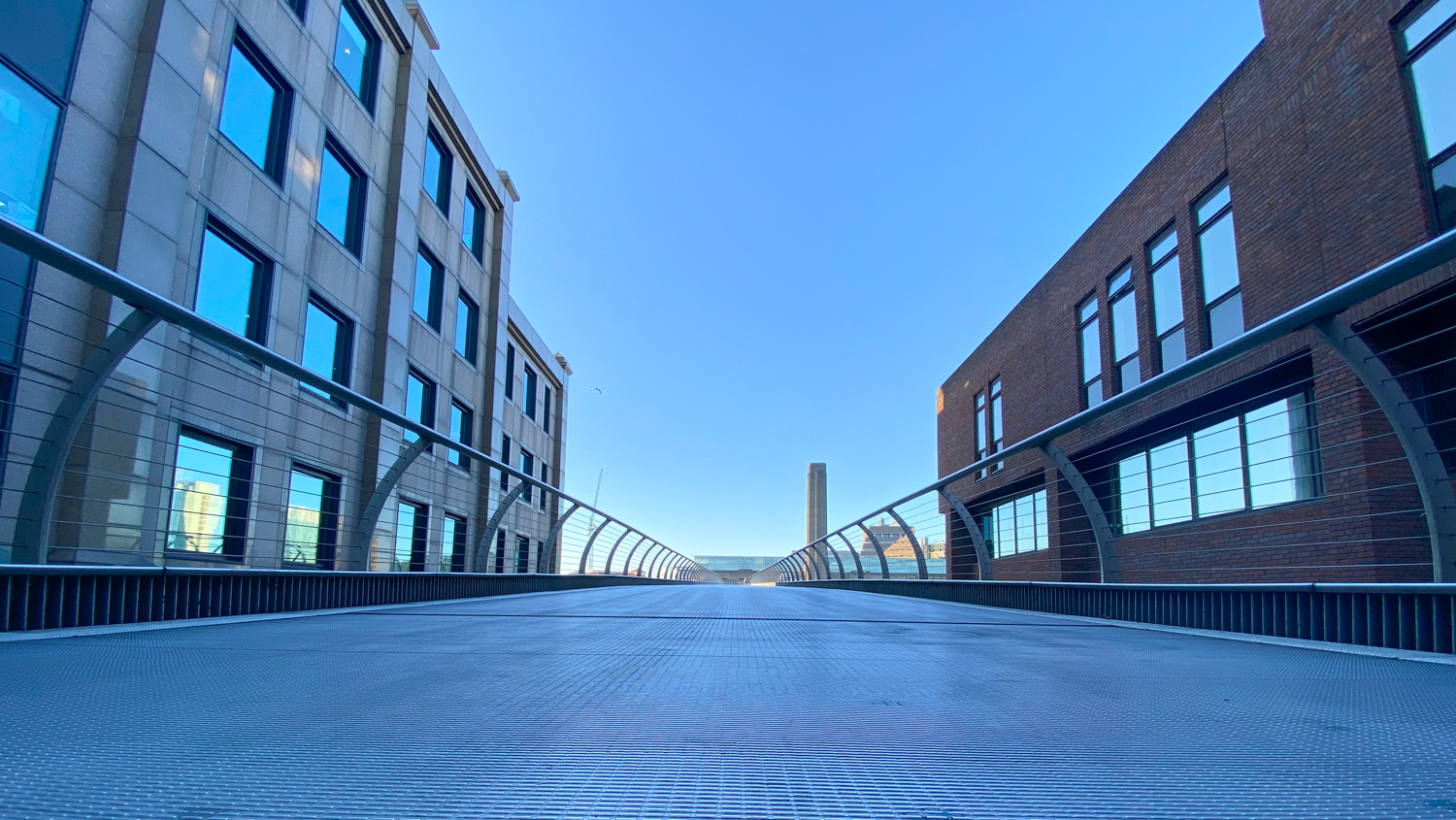 But most of the time I just straddled the bike, pulled out the phone, took the shot, put it away and cycled on. 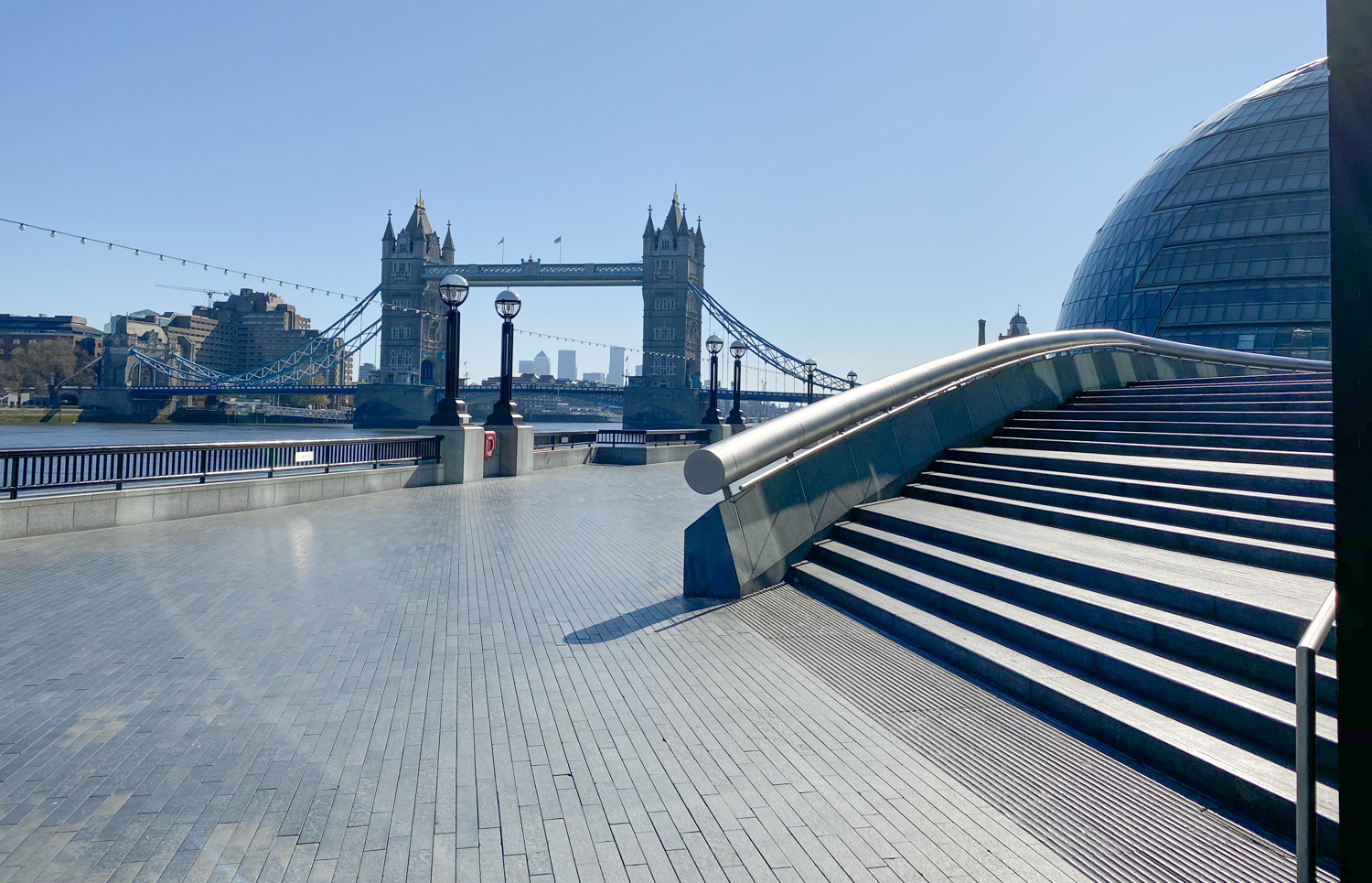 The police are being asked to enforce the lockdown rules, and there was quite a visible police presence in the city, so quite often I was taking photos under the watchful eye of a cop. Using the iPhone for quick shots, I felt perfectly comfortable doing so, and they seemed equally content.

Having this much camera in so convenient and compact a form factor is fantastic at the best of times, but especially helpful now.