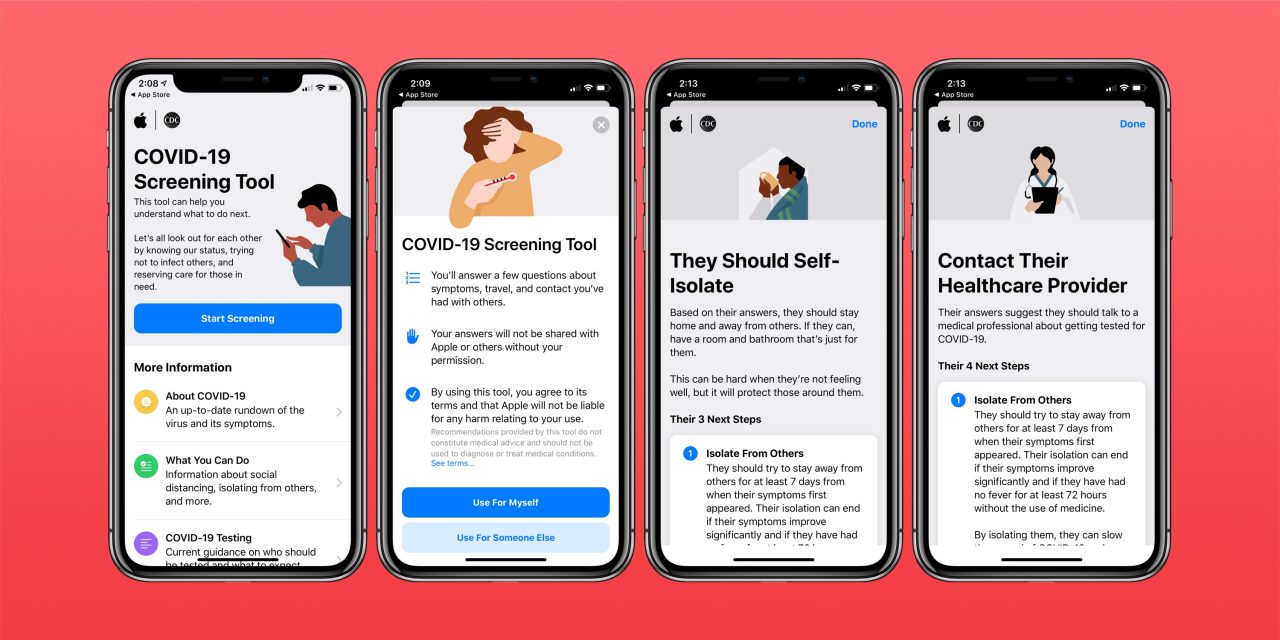 Earlier this month, four US senators formally questioned Apple in a letter over its COVID-19 screening app and website even though the company has been transparent about how it works and the privacy and security it’s built on. Now Apple has officially responded to the government request.

After the US senators asked more questions about the COVID-19 app and website we tested out Apple’s privacy claims and found them to be true.

We’ve analyzed the app here at 9to5Mac and verified that it indeed does not send any data back to Apple or any third-parties, performing as Apple says it does. The only networking it includes is used to download images.

The main question that Apple hadn’t publicly addressed before the senators sent their questions was if HIPAA guidelines were being adhered to. Reported by Bloomberg today, Apple officially responded describing the development process further as well as stating that the app and website “aren’t subject to HIPAA guidelines.”

Apple said it “drew upon its engineering and clinical resources to help develop a new Covid-19 website and Covid-19 app” at the request of the U.S. Department of Health and Human Services and outlined the privacy protections in its agreement with the agency. Apple said the tools, which are available as an app and on the web, aren’t subject to HIPAA guidelines and said it doesn’t collect any personal data from individuals.

Apple also reiterated the privacy focus of the app and website that’s it’s shared multiple times before to the senators.

It said data would never be sold to third-parties nor would it use the information for commercial purposes. The only data it collects are related to how often the tool has been used and if any online crashes occurred, Apple said. It also said the tools are accessible to those with disabilities.

At the end of last week, Apple updated its COVID-19 screening app to version 2.0 with some valuable improvements like the ability to see guidance from state health departments.