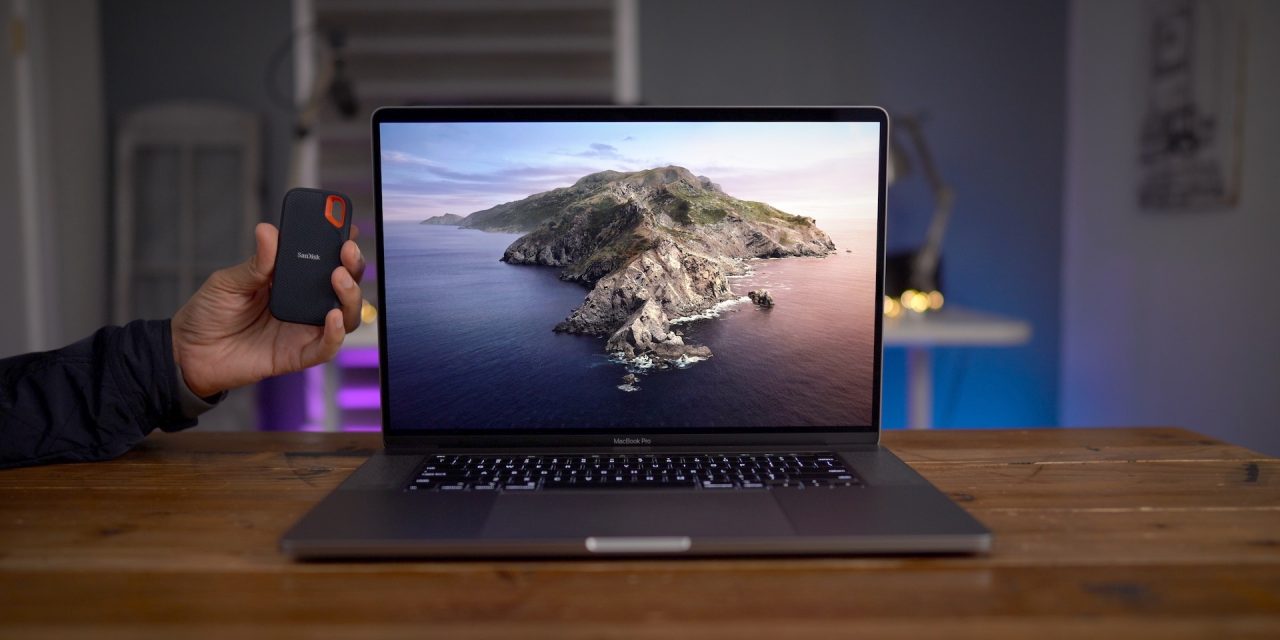 Over the weekend, data from Canalys indicated a worldwide decline in PC shipments during Q1 2020, despite increased demand caused by remote work changes. Now, Gartner and IDC are out with their respective looks at PC industry shipments during the quarter, and they tell a similar story.

IDC reports that PC shipments declined 9.8% year-over-year during Q1, reaching 53.2 million. This decline follows a year of growth across 2019, with IDC attributing the drop to “reduced supply due to the outbreak of COVID-19 in China, the world’s largest supplier of PCs.”

What’s interesting is IDC says that while production capacity in January was on par with past years, closures in February and March led to an overall reduction of supply. As supply declined, demand increased as “employees needed to upgrade their PCs to work from home and consumers sought gaming PCs to keep themselves entertained.”

Apple specifically saw a decrease in shipments of 20.7% during the quarter, dropping from 3.9 million units one year ago to 3.09 million units this year. IDC calls this “one of the largest drops in recent history,” attributing it to the company’s reliance on manufacturing for China:

Apple saw its Mac volumes decline by 20.7% year over year, one of the largest drops in recent history as almost all of its manufacturing is based in China and the company was one of the hardest hit by the shutdown of factories.

Here is the breakdown of the full industry, according to IDC: 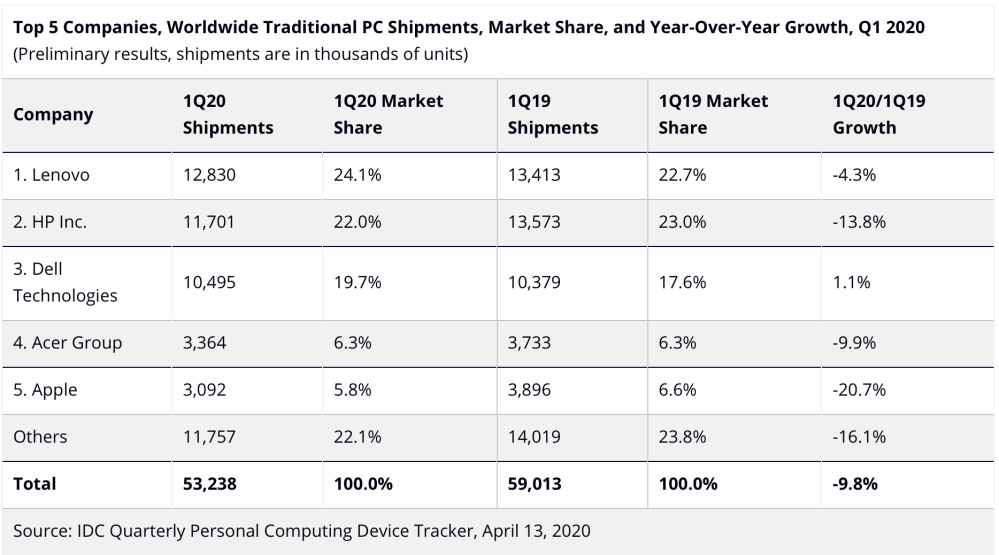 On a worldwide basis, Gartner estimates that Apple’s shipments fell 6.2% year-over-year, from 3.79 million in Q1 2019 to 3.55 million in Q1 2020. In the United States, Gartner’s data actually indicates that Mac shipments grew from 1.34 million last year to 1.35 million this year.

Here is the breakdown of shipments across the industry, according to Gartner’s data:

To recap, we have IDC and Canalys indicating a 20% drop for Mac shipments year-over-year, while Gartner is far more optimistic. Apple will provide some color on the situation during its earnings call on April 30, but it doesn’t report unit sales for any of its products. Therefore, data from Gartner, IDC, and Canalys should be treated with some skepticism.