Twitter has just released an update to its official Mac app with a long-awaited feature: the ability to get a live stream of recent tweets. Users can now see all the tweets that have just been published without having to manually update the timeline.

Third-party Twitter clients such as Tweetbot were very popular for offering this feature, but Twitter disabled timeline streaming for everyone with the changes it made to its API back in 2018. Now Twitter has implemented timeline streaming for the first time ever in its official app with its latest update to the Mac client — which, by the way, is based on the iOS app using the Catalyst technology.

Enabling live tweets is very simple. You just need to install the latest version of Twitter for Mac available on the Mac App Store, and then click the star icon at the top of the app. Next, turn on the “Pin to top” option, which enables timeline streaming, as Twitter explains:

You’ll see new Tweets as they are shared when you’re at the top of the Timeline.

I’ve tested the new feature and it works as promised. Once enabled, new tweets are automatically loaded in the background, so they are displayed immediately as soon as I scroll. It will be great to see that option available on the official Twitter app for the iPhone and iPad as well. 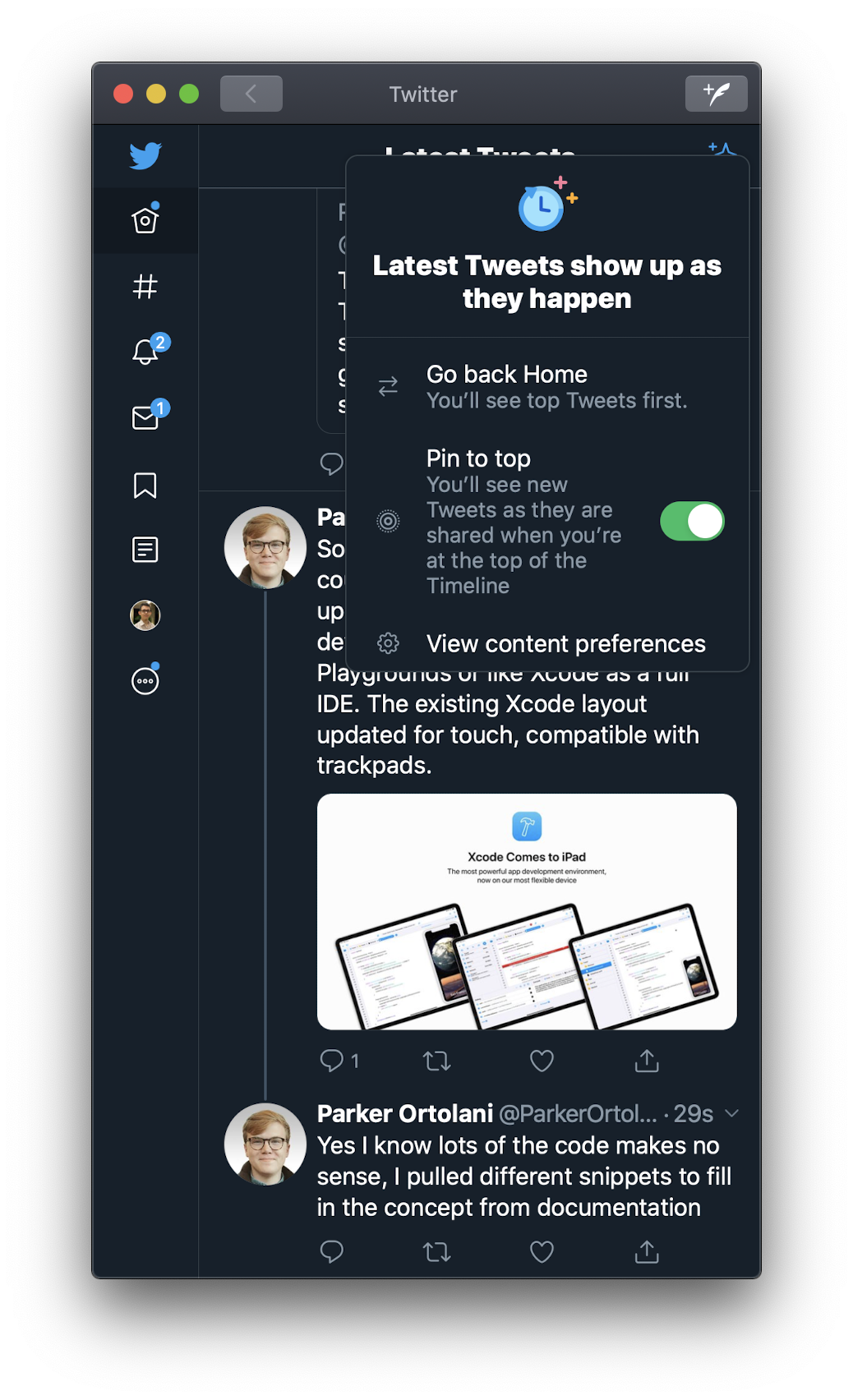 Twitter for Mac 8.17 is a free download from the App Store. The update also fixes some bugs, including an issue that constantly shows the permission dialog for Photos in the compose window.

What’s that new button in your timeline settings ✨ on Twitter for Mac? It’s a “Pin to top” toggle!

Turning it on will keep you at the top of your timeline and let the latest Tweets stream in –– no need to manually refresh your timeline.