Apple celebrates Earth Day with apps to ‘Lend a Hand from Home,’ ‘Reconnect with Nature, more 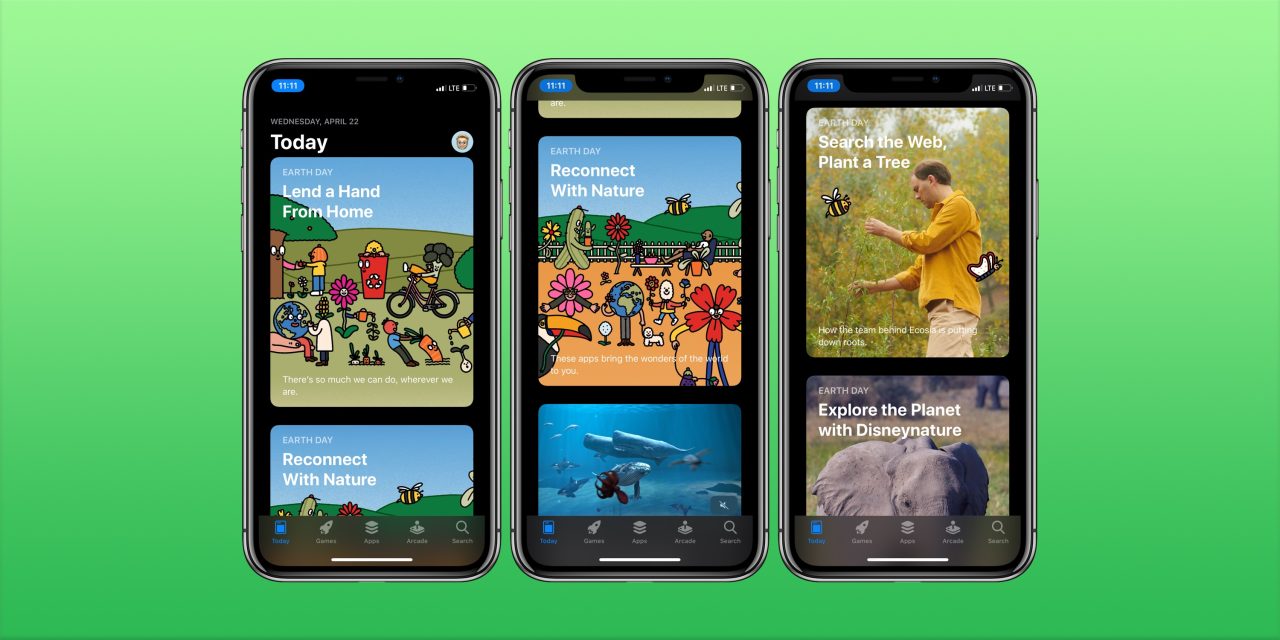 Today marks the 50th anniversary of Earth Day and one way Apple is celebrating and encouraging people to get involved is with several helpful featured stories on the App Store including “Lend a Hand from Home,” “Reconnect with Nature,” “Explore the Deep Blue Sea”, and more.

Update: As we previously noted, Apple’s VP of Environment, Policy, and Social Initiatives, Lisa Jackson contributed to the Earth Day Live stream that is going on today. You can see her message at the 4:14:00 mark where she highlights that COVID-19 has reminded us that “humanity is always best served when we work together and that science is our best tool to navigate the challenges ahead.”

When launching the App Store on iOS or your Mac, you’ll see the Earth Day app stories featured at the top. Apple has curated a thoughtful selection of apps to get involved with taking care of our planet, learning more about Earth, how to “search the web, plant a tree” and more.

Lend a Hand From Home

You don’t have to go far to help care for Earth. These apps empower you to make a difference wherever you are.

Apple highlights a variety of apps to help care for our planet by donating clothes, planting trees by searching the web with Ecosia, eating less meat, preventing food waste, going paperless, keeping our oceans clean, and more. Check out the full list of apps here.

Caring for the Earth begins with connecting with the Earth—and that’s something you can do even when you aren’t able to wander into the wild. Here are two ways to explore nature near and far while staying close to home.

If you’ve ever wanted to dive into the spectacular ocean scenes in the BBC’s Blue Planet nature series, here’s your chance.

Inspired by the mystery of the deep and the real-world scientists who study it, Beyond Blue is a new Apple Arcade game featuring never-before-seen footage from BBC Studios.

Explore the Planet with Disneynature

Disney+ is the streaming home to everyone from Cinderella to Darth Vader—and to a cute cast of characters from the real-life animal kingdom.

Since 2008, the independent documentary unit Disneynature has been telling sweet, funny, and inspiring tales about the world around us. To commemorate the 50th anniversary of Earth Day, Disney+ is unveiling three new Disneynature films in April, along with a host of titles from the Disneynature vault.

Here’s a look at the trio of globe-spanning adventures you can stream starting April 3.

We’ll be sure to update our coverage as Apple will likely celebrate Earth Day in more ways today and throughout the week.