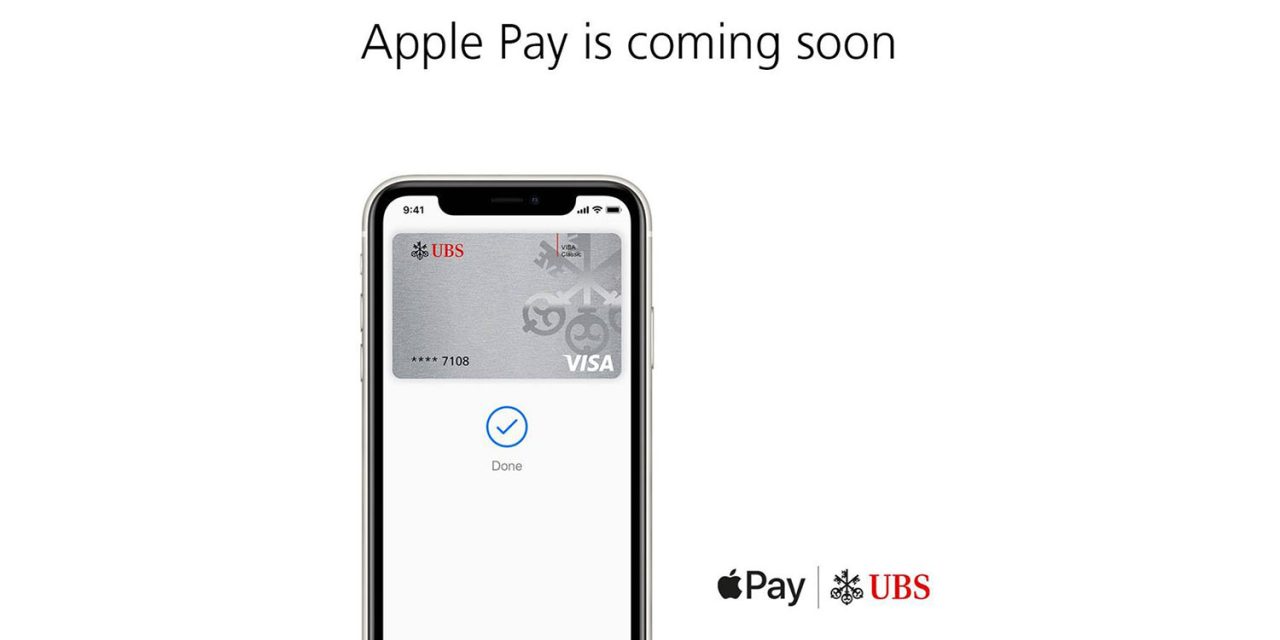 The largest Swiss Bank, UBS, says Apple Pay is ‘coming soon.’ The bank had for years refused to adopt the platform, instead promoting Twint, a home-grown mobile wallet service supported by 15 Swiss banks …

However, MacPrime reports that other tweets from the bank suggest Apple Pay will go live within the next few weeks. The site also links to an earlier piece explaining the background to the decision.

Apple Pay first came to Switzerland back in 2016, but at the time there were three competing mobile wallet services offered by local banks: Paymit, Tapit and Twint. Most wanted to stick to their own preferred platform. These were later all consolidated into Twint.

The result was that Apple was only to persuade one bank to adopt it directly. Several other banks hedged their bets by offering support through an association, but not directly. Other banks later joined gradually and half-heartedly.

After the already cautious Swiss start, there were only occasional new financial institutions that supported Apple Pay. The first were the Graubünden. The Graubünden cantonal bank took in August 2016 an Apple Pay-compatible card on the offer. It was a prepaid card from Swiss Bankers, and the remaining GKB credit cards were still not compatible with Apple Pay.

Linth joined in October 2016. Like the Graubünden Cantonal Bank, Linth also used cards issued by an existing Apple Pay partner. Other cards offered by Linth were also not compatible with Apple Pay.

There was great hope when in autumn 2016, the Credit Suisse subsidiary Swisscard AECS announced support for Apple Pay – but this too was limited to a select set of cards: only the “charge” cards from American Express, the “Miles & More” Swiss airline card and s Swiss Card MasterCard.

However, the decision by most banks to support Twint but not Apple Pay and other competing mobile wallet services resulted in an antitrust investigation in 2018. More banks then started offering support for Apple Pay, with only a few holdouts now remaining.

UBS was the biggest of these, so now most Swiss citizens will have access to Apple Pay.

Earlier this month, Apple Pay was extended to Volksbank and Raiffeisenbank customers in Germany.