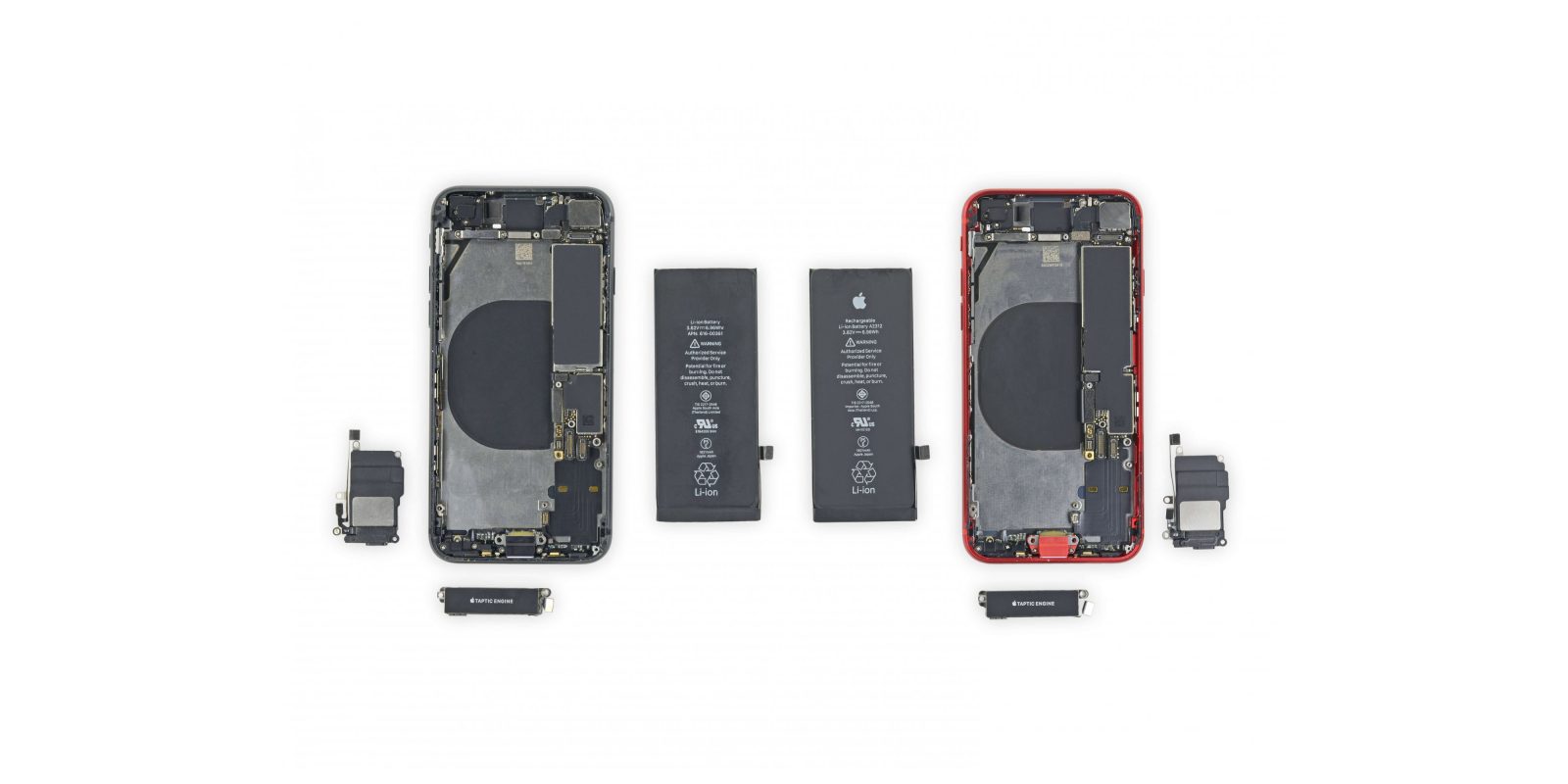 On Thursday, an early teardown video of the new iPhone SE detailed the internal similarities the device shares with the iPhone SE. Now, iFixit has published a more in-depth look at how you can even swap parts between both of the phones.

As the report points out, backwards compatibility between iPhone models was virtually unthinkable until now. This time around, however, the iPhone SE and iPhone 8 can swap several different parts, including the display assembly, cameras, and Taptic Engine.

The good parts first: iPhone SE’s cameras, SIM tray, Taptic Engine, and display assembly (including the microphone and proximity sensor) are all swappable with iPhone 8 parts. And that screen should be cheaper to replace than any new iPhone we’ve seen in years.

There are two things worth pointing out. First, you’ll lose the display’s True Tone functionality unless you have access to a screen programmer. Secondly, Home buttons are still not interchangeable due to the Touch ID security requirements.

Elsewhere, even though the battery looks identical in both the iPhone 8 and iPhone SE, it’s actually not swappable. This is apparently because of different logic board connectors. And keeping with recent policy, you also can’t swap one genuine iPhone SE battery for another without triggering a warning:

Also incompatible? The battery. Turns out, although the battery looks identical, the battery’s logic board connector differs from the one in the 8, so they don’t fit together. The SE will connect to an iPhone 11 battery, which uses the same connector—but it won’t turn on. And, sadly, this seemingly throwback phone has some very modern Apple roadblocks inside. You can’t even swap one genuine iPhone SE 2020 battery for another without triggering a “not a genuine Apple battery” service warning.

Ultimately, iFixit praises the backwards compatibility between the iPhone 8 and the new iPhone SE. While it’s good for Apple’s manufacturing efforts, it’s also useful for repairabilty. In turn, this plays a role in “reducing manufacturing waste from new designs and making replacement parts easier,” the report concludes.