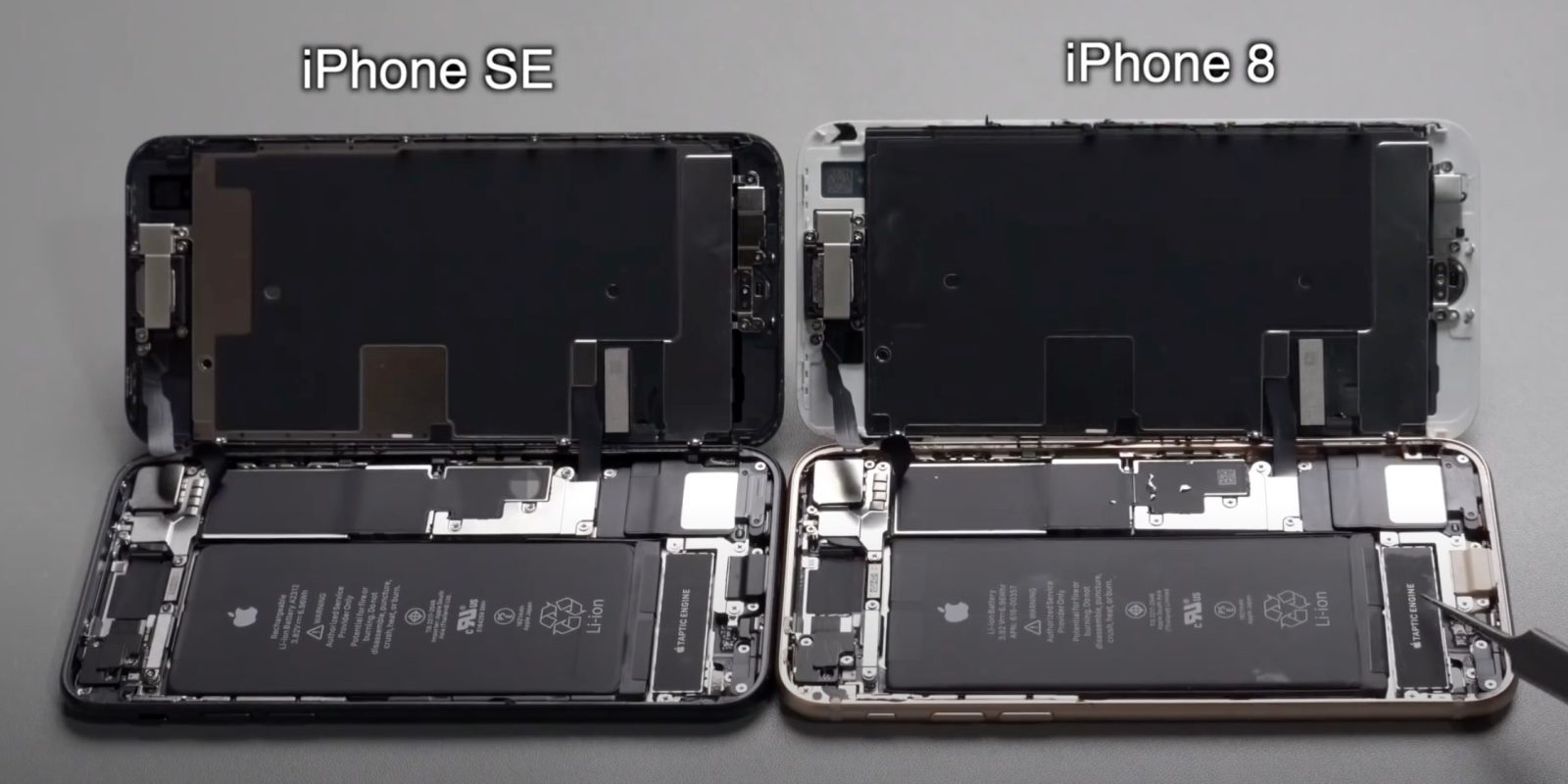 The iPhone SE is incredibly similar to the iPhone 8 it replaces in Apple’s lineup, packing the same 4.7-inch design. Now, an early teardown video shared on YouTube offers a closer look at the internal similarities between the two devices.

As first discovered by Rico Cerva on Instagram, the video offers a detailed look at the process of breaking down the iPhone SE. Internally, the device looks nearly identical to the iPhone 8, with the biggest differences including the A13 processor and a different module. The video is not in English, but there are English subtitles available.

The video even walks through the process of swapping components between the iPhone 8 and iPhone SE, with varying levels of success depending on the part. For example, switching the LCD hardware between both devices does work, but swapping the camera hardware does not.

The first iPhone SE orders are expected to arrive to customers starting tomorrow, April 24. We expect to see more teardown videos emerge soon, alongside hands-on content from users. For now, you can check out the full video below for a close look at the iPhone SE internals compared with the iPhone 8 below.

Are you expecting an iPhone SE order to arrive tomorrow? What are you most looking forward to trying? Let us know down in the comments!