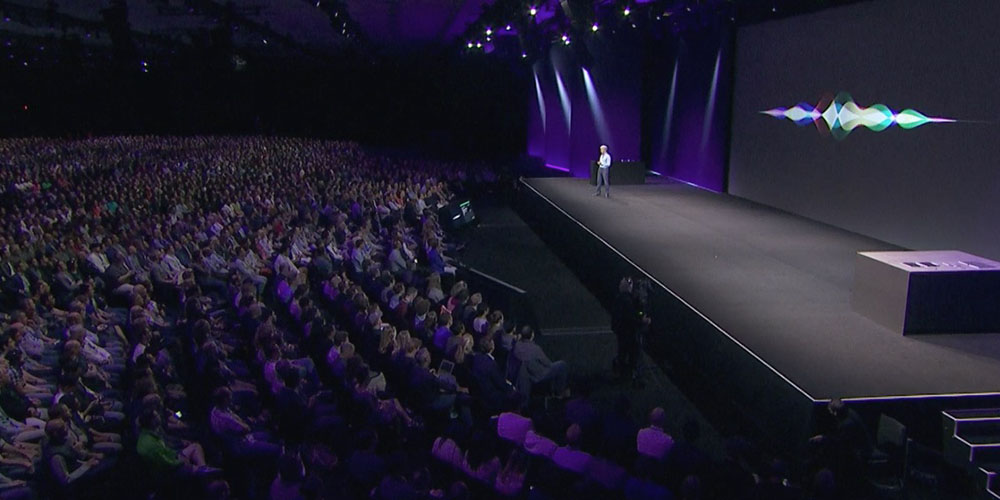 Siri sounds more natural in German today, almost three years after the English voices were give the upgrade with the launch of iOS 11 back in 2017 …

Craig Federighi first announced the feature during the 2017 keynote.

For iOS 11, we’re making a big upgrade to your primary interface in dealing with Siri, not Siri’s voice. We’ve used deep learning now to create a really natural and expressive voice for Siri and I’d like you to hear it.

“Here’s the forecast for the next 10 days. Sunny, sunny, and sunny.”

Three different ways to say sunny. Very powerful. Now, Siri also has a male voice and it sounds fantastic too.

iPhone-Ticker reports that the German male and female Siri voices have also now been upgraded to this more natural intonation.

Just three years after Apple’s software chief Craig Federighi announced during the presentation of IOS 11 that the company’s own voice assistant Siri will sound much human in future, Apple now seems to delight and German users with new Siri voices.

The site’s readers note that the capability is rolling out to all devices through updates arriving at different times today.

I noticed this morning that the male Siri voice on my HomePod has been improved. The voice sounds much more fluid and natural, but also overly friendly with a slightly higher pitch […]

Is it just me, or has Siri on the HomePod with the male voice changed sound since today? It sounds extremely melodic, I think.

So, you can now ask something like, how do you say what are the most popular dishes in your restaurant in Chinese? And Siri can say, [Foreign Language] Totally. Now, translation initially will support translation from English to Chinese, French, German, Italian, and Spanish and we’ll have more language combinations coming in the months to come.

Now, when it comes to using Siri to access your other applications, we have SiriKit. And SiriKit can now do more than ever in iOS 11. So now, you can do task management by using Siri to make tasks and OmniFocus your things, take notes in Evernote, do banking in Citi Mobile or even bring up a QR code in WeChat.

Now, Siri isn’t just a voice assistant, because with Siri Intelligence, Siri not only understands your voice, it understands the context.

You can listen to the original announcement here.